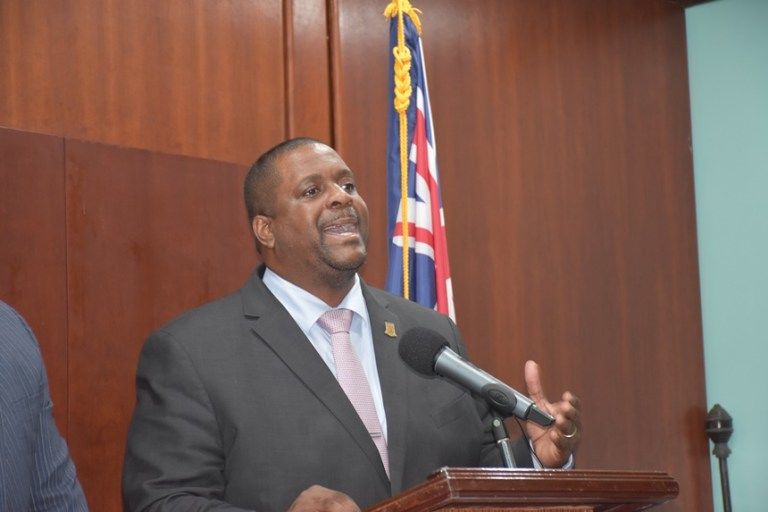 Premier Andrew Fahie has expressed that the Cabinet’s decision to agree to an extension in retaining Withers LLP law firm will not just benefit the present government, but future governments as well.
The government recently disclosed through a post-cabinet meeting release that it decided to pump an additional $1.2 million into Withers LLP, the legal firm which represented the government for the Commission of Inquiry (COI).

Furthermore, that disclosure comes as Governor John Rankin announced that he had received the highly anticipated report of the outcome of the COI.

When asked whether that recent deposit was adding to the financial burden on the territory’s coffers, the Premier suggested that this was not the real issue at heart.

“That’s not a question with the COI, that’s a matter of defending your name. The Commission of Inquiry was extended and the lawyers’ tenure has to be extended,” the Premier argued.

“In this day and age everyone has rights, even a country,” Premier Fahie said. “I answer that question every time I come here.”

Meanwhile, the Premier explained that once it is discovered through the report that there are areas that need to be improved, the BVI is willing to improve them, as well as its systems.

“And yes we agree and I will agree there are systems to be improved, but at the same time too, a man’s name is all he has. A country’s name is all they have. Your country’s name is worth more than silver and gold. So, we have to make sure that we do whatever we need to do to be respectful, to be accommodating but yet to be forthright in saying that we must protect our name,” he added.

“You cannot tell us the whole house is bad because there might be one section that might need some work, the Premier argued. “The extension of the lawyer is not a matter of something for this government. We are trying to make sure we protect the name of the country.”

And according to Premier Fahie, no one knows and no one may ever know how much is spent on the other team’s side for the COI.

The governor advised that next steps about the COI’s report will be announced after the Easter holiday.
#Commission of Inquiry  #John Rankin  #Fahie  #CoI