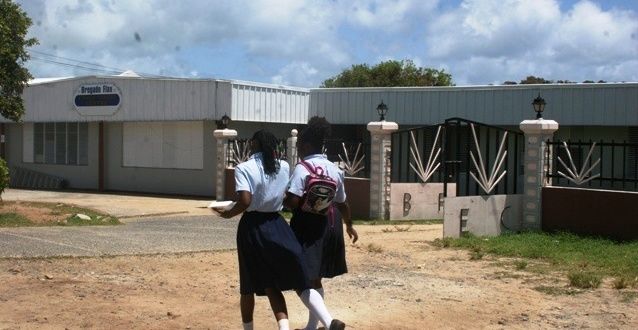 Deputy Premier and Minister for Education Hon. Dr. Natalio Wheatley has revealed that over the last 13 months, there have been over a dozen children dropping out of the educational system, the majority being on Virgin Gorda (VG).

The minister gave the statistics during last Thursday’s sitting of the House of Assembly, while responding to questions by Leader of the Opposition Hon. Marlon Penn.

At the Virgin Islands School of Technical Studies, there were two drop outs from Grade 11. There were no recorded drop outs from Claudia Creque Educational Centre on Anegada.

“Mr. Speaker, the total number of drop outs for all secondary public schools is 13. The breakdown by grade is as follows: Grade 7 one, Grade 8 three, Grade 9 three, Grade 10 two, Grade 11 three and Grade 12 one,” the minister said.

He also revealed that there will be truancy officers and counselors working on getting these students back into the school system.
He said there are many societal impacts that could impede their educational experience “but we must never give up on our young people.”

“I call on our young people to come back to school and I will mandate that they be given the proper counselling to support their reintegration into our education system," the minister assured.

In the meantime, the minister also revealed that there was an overall seven percent absentee rate across all public high schools in the territory over the last 13 months.

He said attendance is recorded for every class, so at the end of one week, a child should have a total of five attendance entries.

In the case of the Elmore Stoutt High School, he said that school recorded 1,716,696 in attendances and 128,588 in absences.
At the Virgin Islands School of Technical Studies, there were 105,922 in attendances recorded and absences amounting to 2,924.

Hearing the figures, Hon. Penn inquired from the minister what has been done by his ministry to handle the situation.

In response, Hon. Wheatley said there were officers tasked to handle students and whatever situation they had, whether it was linked to online instructions or not.

“So if the children are not signing on, the truancy officers have to investigate. Certainly we have situations where you have persons with challenges with the online methodology, whether they have poor internet, or whether they have another challenge that would interrupt their ability to attend classes and we have put measures in place including bringing some of those students on campus to be able to receive face to face instruction,” he stated.

He said he was pleased that this year more of the students would be able to be on campus because they recognized that the online learning, while it provided continuity for the education system, there were some students who were disadvantaged.