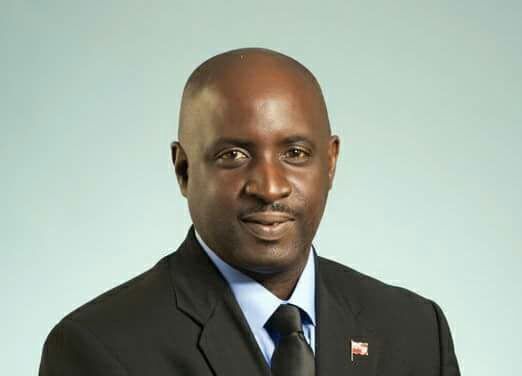 Two Countries, one people, one party.

In the late 1940s, students from around the Caribbean/North Atlantic attended University in London. These persons included Errol W. Barrow of Barbados, M. Eugenia Charles of Dominica, Micheal N. Manley of Jamaica, Lynden O. Pindling of The Bahamas, and Lois M. Browne of Bermuda.

Together with others from around the region, they not only studied law but, more importantly, dreamed of their peoples' social, economic, and political liberation living under unfair and unjust colonial oppression.

Upon returning to their respective islands, Ms Lois Browne and Mr Lynden Pindling established their legal practices and, as importantly, their political careers. 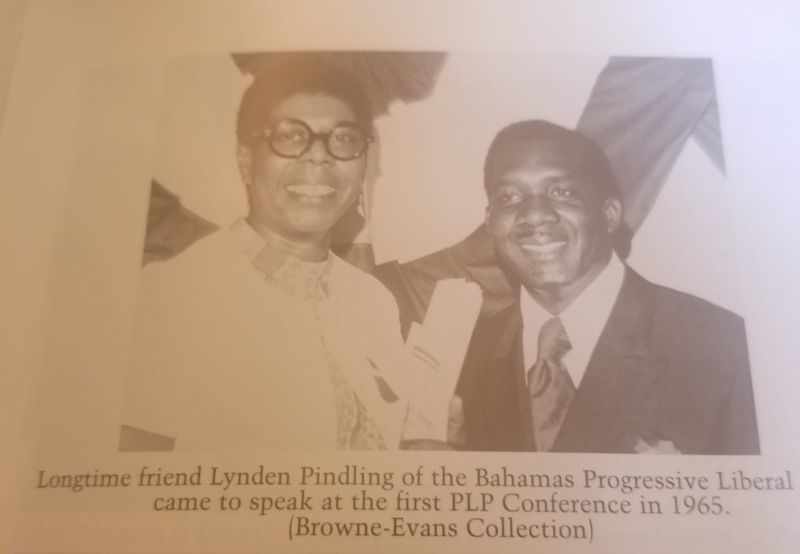 In the late 1940s, students from around the Caribbean / North Atlantic attended University in London. These persons included Errol Barrow of Barbados, Eugenia Charles of Dominica, Micheal Manley of Jamaica, Lynden Pindling of The Bahamas, and Lois Browne of Bermuda.

Tied at the hip

The parties' ideals were identical; workers' rights, voters' rights, and social and political upliftment of the working class people.

Having had previous experience in winning elections, the PLP Bahamas spared no expense or effort in flying to Bermuda to assist their sister party PLP Bermuda in learning how to grow membership, set up branches, canvass, and run campaigns.

Such was the bond between Pindling and Browne.

*  In 1973, when The Commonwealth of the Bahamas gained its independence, Mrs Lois Browne-Evans took a delegation, including her young children, to see the Flag of a Nation raised for the first time.


*  In 1990 when PLP Bermuda reopened its Headquarters at Alaska Hall, Bahamian Prime Minister Sir Lynden Pindling and then Minister Perry Christie came to be a part of the ceremonies.

*  When the PLP Bermuda eventually won government in 1998, a delegation from PLP Bahamas, led by Perry Christie, journeyed north to join their brothers and sisters in their next step.

*  At the passing of Sir Lyden in August 2000, a delegation led by Bermudian Premier Dame Jennifer Smith attended the state funeral.

For many General Elections in Bermuda, a delegation from the Bahamas, led by Minister of Foriegn Affairs Fred Mitchell, travelled to show moral support on polling day.

In August of 2022, Bermuda PLP Deputy Premier Walter Roban and MP Chris Famous travelled to the Bahamas to attend the first regional climate change conference. During their visit, they were able to make the emotionally significant trek to walk the halls of the PLP Bahamas Headquarters and visit the grave site of Sir Lynden Pindling.

In October 2022, Prime Minister Philip Brave Davis followed the footsteps of Sir Lynden Pindling in being the keynote speaker at the Annual Delegates Conference. His opening remarks spoke to the spirit of Dame Lois and Sir Lynden smiling down on their political children joined at the hip and the need for continued unity.

The next day, the delegation visited the Governor of Bermuda, Her Excellency Rene Lalgie, and held a special joint Cabinet meeting with Premier E. David Burt. However, the most moving part of their day was visiting Alaska Hall and St. John’s Cemetary, the final resting place of two former PLP Leaders, Arnold Francis and Dame Lois Browne-Evans.

Essentially, we are not just two political entities; we are one family, borne out of the vision of two young students who bonded together during the dark days of colonialism in the cold streets of post-war London.

Bermuda, and The Commonwealth of the Bahamas, are separated by 900 miles of the North Atlantic ocean. Two countries, yet we are inseparable, one family, one party. As such, both parties share the very same motto that guides and inspires us all.

PLP all the way!! 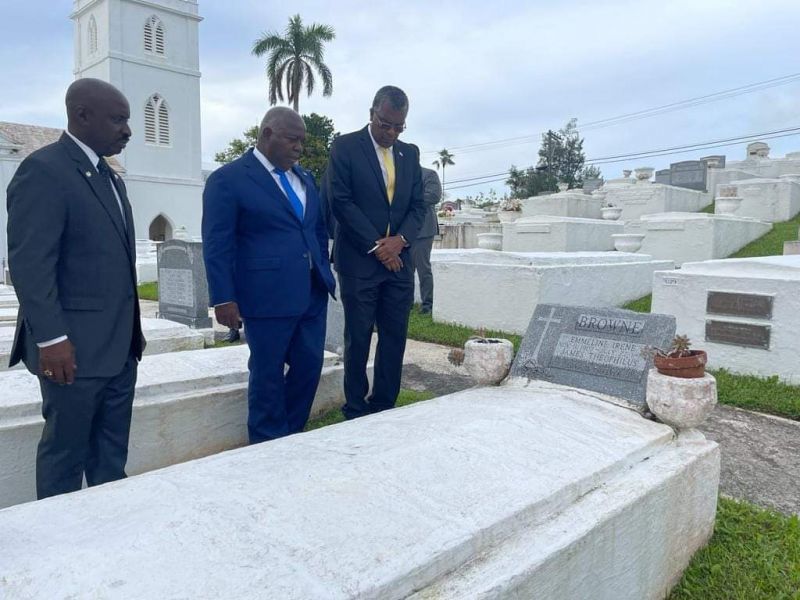 Visits the grave of the late Lois Browne of Bermuda. 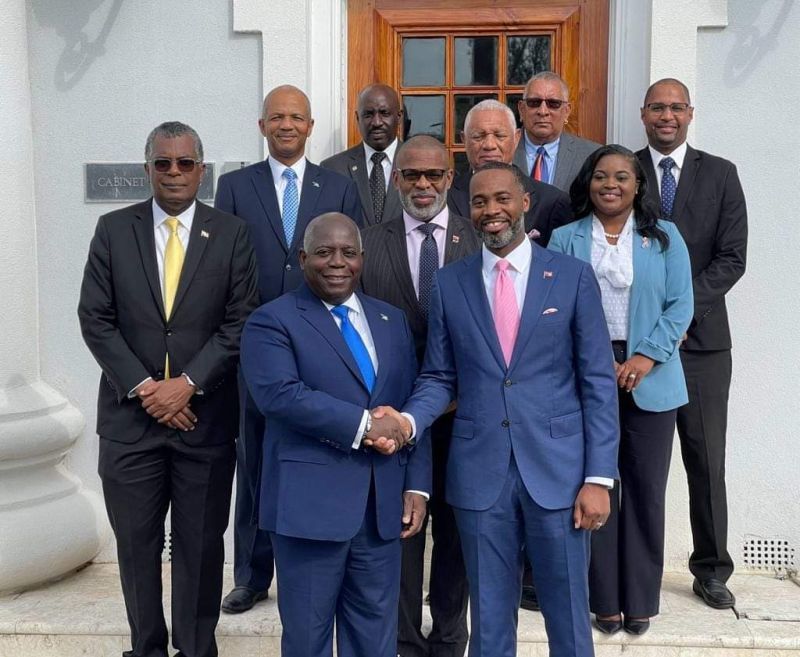