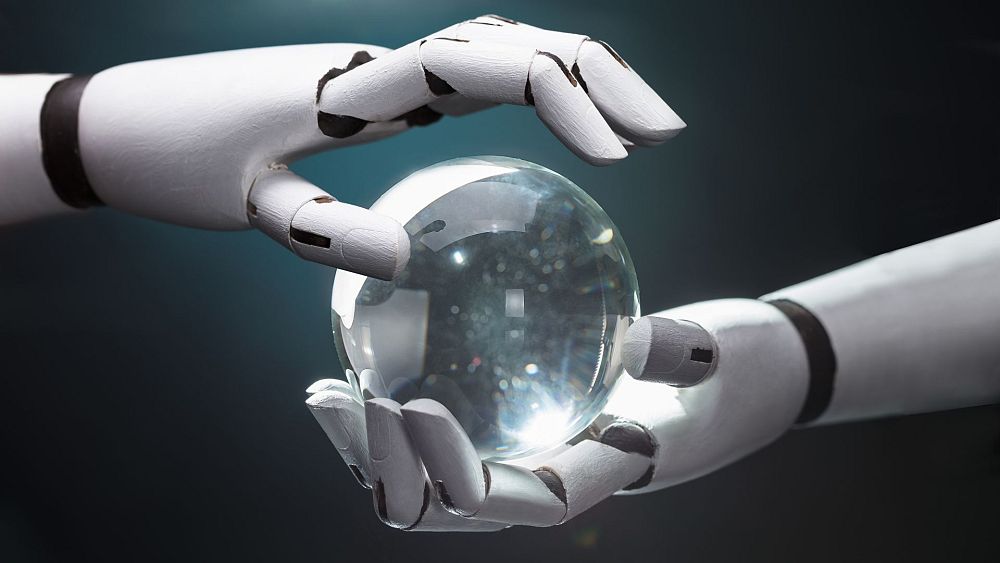 While predicting the year ahead should be taken with a handful of salt, some indications of what could be in store for the technology sector in 2023 have emerged.

Artificial intelligence (AI) has surfaced as a big player this year, while the hype bubble over the metaverse appears to have burst. Meanwhile, cryptocurrencies have nosedived amid scandal and economic pressure and the tech sector has seen job cuts en masse.

Euronews Next takes a look at what could lie ahead for the tech and crypto sectors in 2023.

AI has made major strides this year, especially with ChatGPT, a powerful AI chatbot from the Elon Musk-founded OpenAI foundation, which is self-censoring and generates text at a user’s request.

“I think the area that will continue to see great strides in is very much AI,” said Ajay Chowdhury, Managing Director & Senior Partner at Boston Consulting Group, adding that with ChatGPT you could even write this article on the future of the tech - and a “pretty good one at that”.

He noted the journalist’s expertise would still be needed “but as a research tool, it's absolutely astounding”.

Chowdhury told Euronews Next that we will see the democratisation of this kind of AI fundamentally changing a lot of industries, especially the media.

“The media sector is always the first to be hit by these new technologies and I think is going to really make a lot of media companies think about creativity and talent,” he said.

But AI will affect every industry as its problem-solving capabilities can speed up the time to dig into masses of data, making many business decisions cheaper.

Last year, there was much hype around the metaverse after Meta CEO Mark Zuckerberg unveiled his big bet on the virtual reality world, which has not taken off as he had hoped.

Meta’s shareholders have grumbled about the costly change of focus and have seen the company’s stock fall more than 65 per cent this year. Meta also laid off 11,000 employees in November.

“The metaverse was the big bet that I think a lot of people in the tech sector decided to make, especially Zuckerberg,” said Chowdhury.

“The reality in tech is that stuff takes a lot longer to happen than you would expect,” he said, adding that this applies to Meta’s metaverse but that there are “other amazing virtual worlds” where consumers can go or that can be used for educational and training purposes.

Job cuts have not just hit Meta, but other tech giants such as Amazon, Twitter and Lyft.

The US tech sector in particular very much got ahead of itself in terms of hiring in the beginning, said Chowdhury, and growth and valuation have now started to plateau, resulting in job cuts.

“The markets had given them a bit of a free pass on costs because they were growing so fast and as the macroeconomic headwinds have come in, they've suddenly realised that their markets are slowing down. They want to focus on the bottom line and frankly, they had too many people,” he said.

But this could be an opportunity for smaller or niche tech companies to hire talent from the tech giants.

For Europe, war was inflicted this year in Ukraine, and the economic shock has hit the continent far more than in other parts of the world with rampant inflation and rising energy prices.

This could have an impact on venture capital funding, resulting in lower investment in start-ups and innovation.

Innovation in synthetic biology, quantum computing or advanced AI robotics is going to be far more profound in the next five to 10 years than the last two decades. But these start-ups need funding to do that. Chowdhury said if they do not, Europe could lag behind the US and China in terms of innovation.

The challenging economic times have also impacted the price of cryptocurrencies this year, but that is not all.

The industry has also seen the spectacular collapse of the third-largest crypto exchange FTX, run by Sam Bankman-Fried.

It comes as the entire crypto market lost more than $1.4 trillion (€1.3 trillion) in value this year amid multiple crashes, including the Terra Luna saga.

It has been a testing year for the crypto and web3 industry as the markets took a turbulent ride with the rise and fall of Terra Luna and FTX, said Samantha Yap, Founder and CEO of YAP Global, an international PR and communications consultancy focused on blockchain and decentralised finance (DeFi).

But she also said this year has seen the growth of multi-chain ecosystems, meaning users do not have to switch between networks when making transactions through several chains simultaneously.

“The promising thing about these ecosystems growing is the focus on the technology and the applications it can enable, which is the most interesting part about the crypto industry”.

“As we reflect on what will resist the bear market, we must go deeper into the fundamentals of crypto technology and figure out why we truly believe in the technology. If we don't have this conviction in the tech, then it will be hard to survive the trough of this wave,” she said.

But economic conditions will have an impact on the crypto industry, which will “be constrained by the macro conditions such as high interest rates and sluggish global markets growth,” said Danny Chong, co-founder of the decentralised finance app Tranchess.

“Investment activities will be much slower than in the past two years with investors taking a “wait-and-see” attitude. Their decisions will also be affected by the wider market environment,” he said.

“Investors will be more stringent in their selection of projects with greater due diligence of operational and governance processes, the background of team members, and balance sheets”.

Government regulation, especially in cryptocurrency, is likely to be big in 2023.

The Markets in Crypto-Assets (MiCA) Regulation, the EU’s legislation for governing digital assets across member states, is expected to come into force in early 2023.

The law aims to maintain financial stability and protect investors while also promoting the transformation in the crypto asset sector.

Meanwhile, the EU’s internal markets chief Thierry Breton has warned online platforms will have to “be ready” for September 1, 2023, when the Digital Services Act (DSA) will definitely come into force.

The DSA legislation is essentially aimed at social media companies and is intended to tackle online hate speech and disinformation, protect children and prevent consumer fraud.

Violations can trigger fines of up to 6 per cent fine of a company’s global turnover and even a ban on operating in the EU in case of serious and repeated breaches. Website users will also be able to seek compensation for any damage caused by the providers’ failure to comply with the new rules.