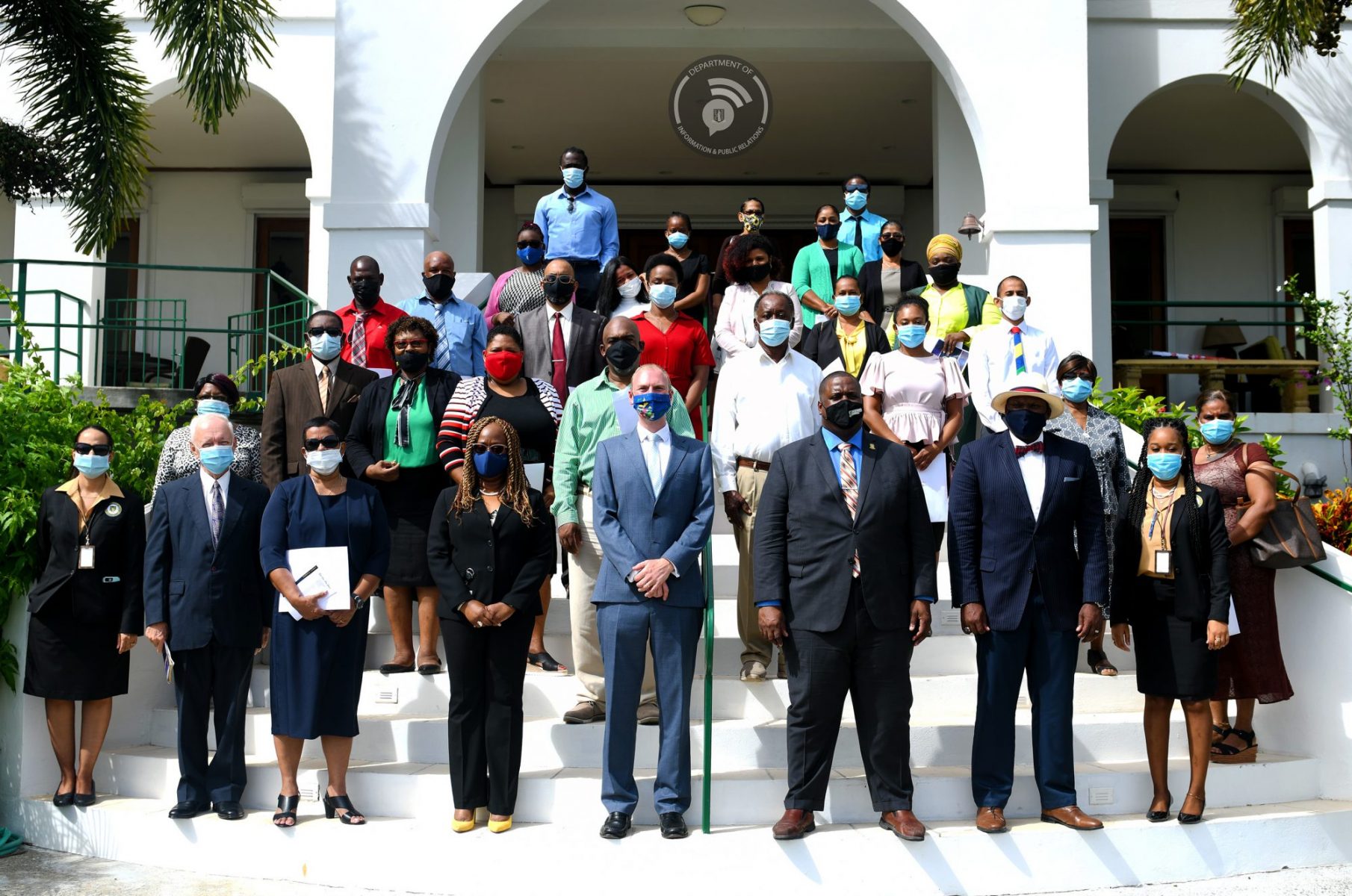 Twenty-six new British overseas territory citizens recited the Oath of Allegiance and the Pledge of Loyalty and received certificates of naturalisation during a socially distanced ceremony last Thursday at Government House.

Governor Gus Jaspert welcomed the citizens, and reminded them that their new status entitles them to carry a Virgin Islands passport and to apply for a British passport, according to a press release about the event, which was not open to the media.

“We know that regardless of race or religion or country of origin, you are part of what makes the territory strong,” Governor “You take on today the responsibility to be ambassadors of this territory.”

Mr. Jaspert also encouraged the group to work to make the VI a better place to live.

“We know that you have made here your home, and that you are part of what has helped us develop to the point we are now,” Mr. Fahie said, adding, “I trust that you would all continue to be a beacon, showing what it means to be naturalised here and demonstrating that the system works.”

To allow for safe physical distancing, the ceremony — which was officiated by Registrar General Stephanie Benn — was the first of three planned for the coming weeks, according to GIS.