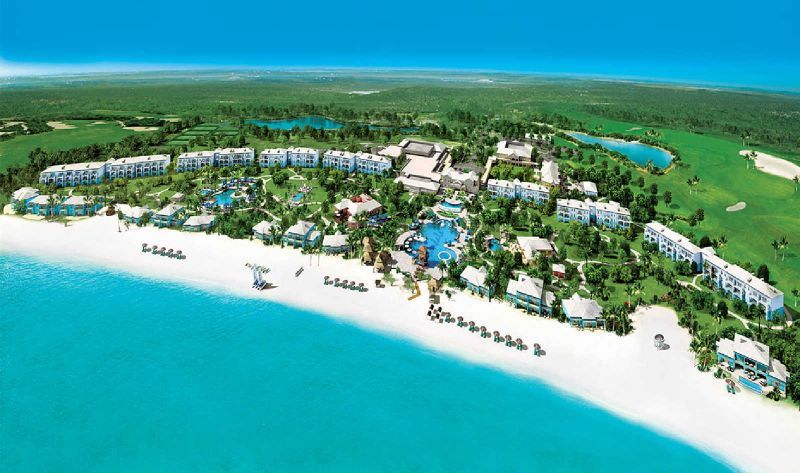 Three days after the deaths of three guests at Sandals Emerald Bay Resort in Exuma, Bahamas authorities say they still aren't sure what killed them.
On Friday, two men and a woman were found dead in two separate beachfront villas. On Monday, the deceased were identified as Michael and Robbie Phillips of Tennessee, and Vincent Chiarella of Florida, all in their sixties. Chiarella's wife Donnis had to be airlifted to a hospital, in critical condition.

The cause of death of the three American citizens is unknown at this time, but Bahamas Health Minister Dr. Michael Darville said last week that there is no suspicion of foul play. Ahead of press time on Monday, Bahamas Police Commissioner Paul Rolle revealed to local, regional and international press that autopsies were scheduled to be performed later in the day. Authorities are also reportedly awaiting toxicology reports from tests performed on samples taken from the victims, although the commissioner warned that those results could take some time.

Rolle resisted invitations from journalists to speculate on what might be responsible for the deaths of the three individuals, deflecting questions designed to elicit clues on whether there could have been contamination in the cooling systems of the two villas in which the guests died, or a possible common denominator in the food they may have eaten prior to falling ill.

Police, in a Friday statement, said they'd been told that morning that multiple people had been found dead. Upon arrival at Sandals Emerald Bay, they found one man lying unresponsive in the bedroom of his accommodation. No signs of trauma were found following an examination. In the second villa, they found the second man slumped against a bathroom wall unresponsive, with an unresponsive woman on the bed of that unit. No signs of trauma were found on these bodies either.

Police also said on Friday their investigations had revealed that the couple in the second unit - the Phillips from Tennessee - had visited a local medical facility on Thursday complaining of feeling ill. Minister Darville described their symptoms as nausea and vomiting, and said that after the pair were treated, it was recommended by a doctor that they be airlifted to a hospital in New Providence, however they refused and returned to the property.

As it turns out, Donnis Chiarella, the only surviving member of the quartet, also sought out medical treatment on Thursday. According to her son Austin, who spoke to ABC news, his mother felt ill and visited a local clinic. She too returned to her lodgings after she was released, but woke up the next morning to a horrific scene - Austin told ABC News that his mother found her husband on the floor, and herself immobile with arms and legs swollen. She had to scream to get someone to come to the door, the grieving man told the news outlet.

Health officials say that the visitors' illness and deaths are not Covid-19 related.

Sandals, a Jamaican hospitality giant with properties in Jamaica, the Bahamas, and several Eastern Caribbean islands, has referred to the deaths as a quote "health emergency", and in a terse statement said that they were actively working to support both the ongoing investigation and the families of the deceased at this time.

During today's press conference, MrRolle reminded the public that this was still very much active investigation, disclosing that police and public health officials were still processing the scene of the deaths for any additional evidence that could help shed light on what exactly led to this tragic outcome.
#COVID-19  #Covid