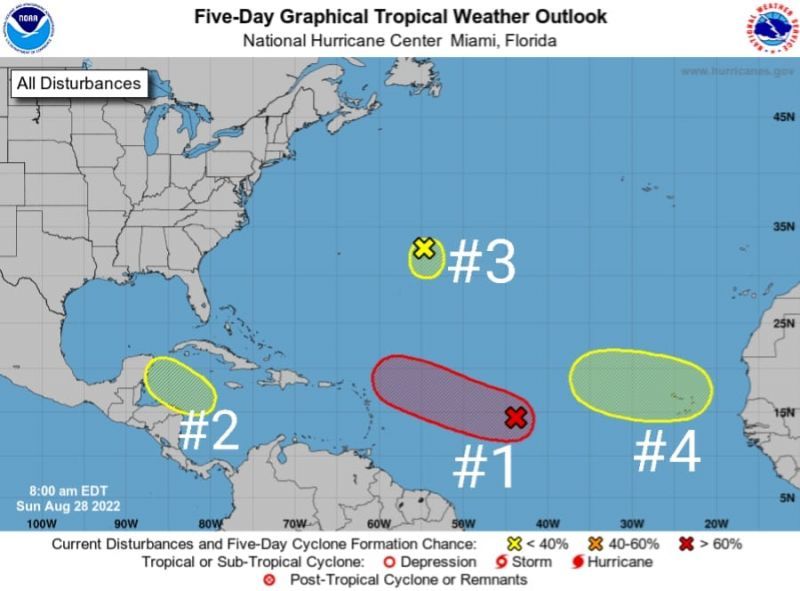 4 disturbances in Atlantic; No current threat to VI- DDM

The Department of Disaster Management (DDM) has alerted of four disturbances being monitored in the Atlantic Ocean.

According to DDM today, August 28, 2022, forecasters state that Disturbance #1 is a tropical disturbance located along 44W, or about 1045 miles east of Barbados.

It is moving to the west near 15 mph.

“We expect the forward speed of the disturbance to decrease over the next 2 to 3 days and gradually turn to the west-northwest. The disturbance is expected to reach near or just north of the Leeward Islands late Thursday or Friday and just east of the Bahamas in about a week,” DDM stated.

It also said thunderstorms associated with the disturbance remain disorganised more than likely due to influences from some drier Saharan air to the north. “Most recent data shows the system developing as it moves west due to more favorable conditions.

DDM said strong upper-level winds and dry air are expected to limit significant development of this system while it meanders over the central Atlantic during the next few days, and the low is likely to dissipate by midweek.

Regarding Disturbance #3, DDM said a trough of low pressure could develop over the northwestern Caribbean Sea during the middle part of this week.

DDM also said environmental conditions could support some slow development of the system thereafter while it moves generally west-northwestward over the northwestern Caribbean Sea and toward the Yucatan Peninsula of Mexico.

Disturbance #4 is located in the Eastern Tropical Atlantic.

DDM said a tropical wave is forecast to move off the west coast of Africa Monday or Monday night, August 29, 2022.

According to DDM, some gradual development of the system is possible after that time while it moves generally westward across the far eastern tropical Atlantic.

DDM said the systems are currently no threat to the Virgin Islands and there are no watches or warnings for the territory.

“Persons must continue to monitor the Atlantic in case of any changes,” DDM said. 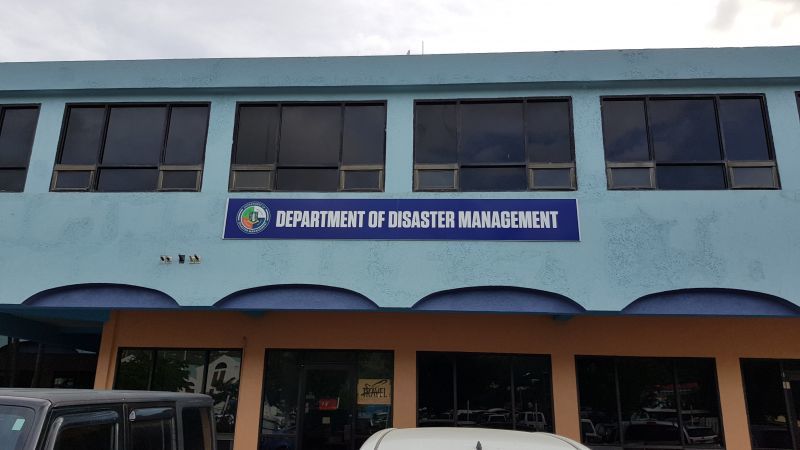 DDM said the systems are currently no threat to the Virgin Islands and there are no watches or warnings for the territory.