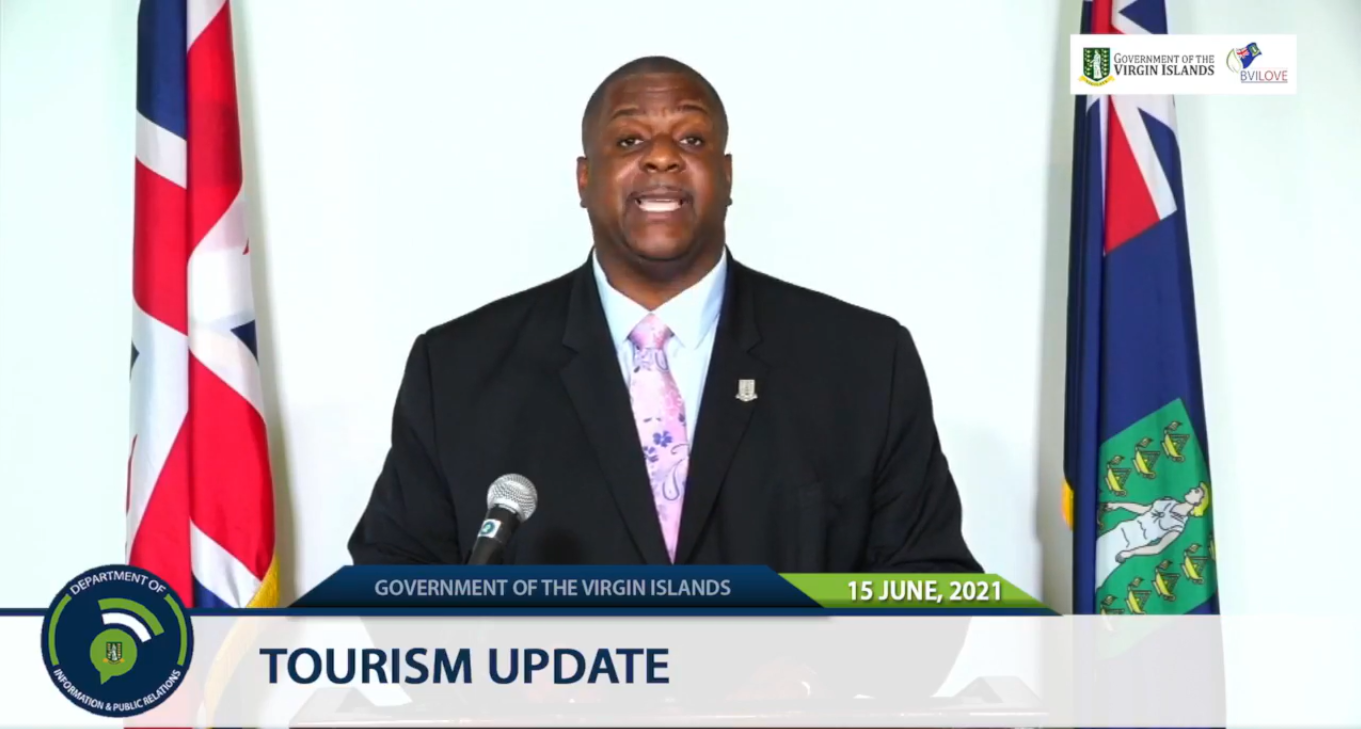 Premier Andrew Fahie made the announcement during a live tourism update on Tuesday June 15, where he revealed that Cabinet had signed onto the new initiative which comes into effect on Thursday June 17.

He added, “Cabinet also decided that all requisite government and statutory bodies would work together to establish Anegada seaport as an official port of entry to receive fully vaccinated travellers and crew members only for this initiative.”

Only two ports to receive both vaccinated and unvaccinated travellers

Premier Fahie also said that only two ports of entry will be receiving both vaccinated and unvaccinated travellers from Thursday.

“Please also be advised that the Road Town seaport and the Terrance B Lettsome International Airport will be the only ports where vaccinated and non-vaccinated travellers will be allowed to enter the territory,” he stated.

The leader of government business however informed residents that domestic travel will not be affected by this new initiative.

He said that persons within the territory will still be able to utilise all the ports in the BVI while traversing from island to island.