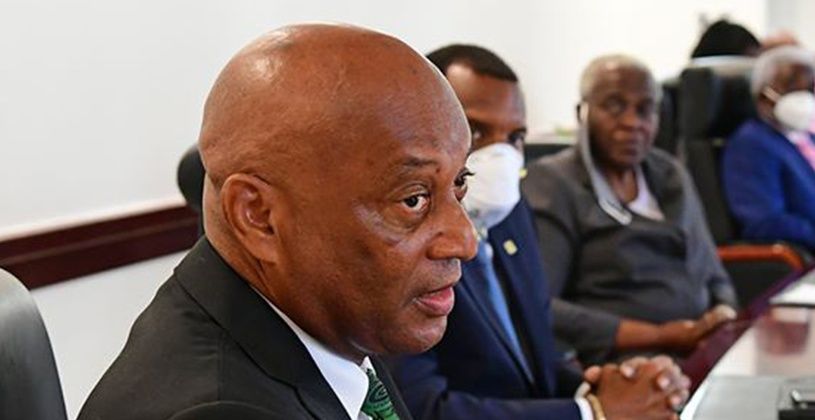 Minister for Labour and Immigration, Hon. Vincent Wheatley said the $5,000 fine would be enforced on persons refusing to attend dispute resolution sessions with the Labour Department.
During Thursday’s sitting of the House of Assembly, he said that the matter of non-compliance is affecting the work of the department.

“Firstly, in the area of labour relations, many disputes and inquiries are lodged at the department through the mediation process; many of these cases are settled due to the hard work of the two labour Relations Officers that are assigned to the unit.”

He continued: “These two officers shoulder the responsibility of dealing with all the disputes regularly lodged by most employees and at times a few employers throughout the territory. With limited resources, I can attest that these officers perform these services with much veracity.”

He further noted: “Mr. Speaker, recently it was brought to my attention that persons refuse to attend scheduled mediation sessions.”

Minister Wheatley pointed to section 21 of the Labour Code, which states that “a person who willfully hinders or obstructs a commissioner or an inspector in the exercise of the powers and duties conferred on him or her by the code, commits an offence and is liable upon summary conviction to a fine not exceeding $5,000.”

“Mr. Speaker, the plan is to enforce this penalty, as we cannot be like the Cheshire cat in Alice in Wonderland, believing that there is no established path that can be perused to ensure that the mandate of the department is being developed and fulfilled. Through the code, the department’s vision in this regard has been made plain, and we must therefore start enforcing the code to achieve desired results,” he stated.

Minister Wheatley also said the department plans to conduct territory-wide initiatives as a means of improving employer and employees relations and knowledge of the Labour Code through visits and online sessions.