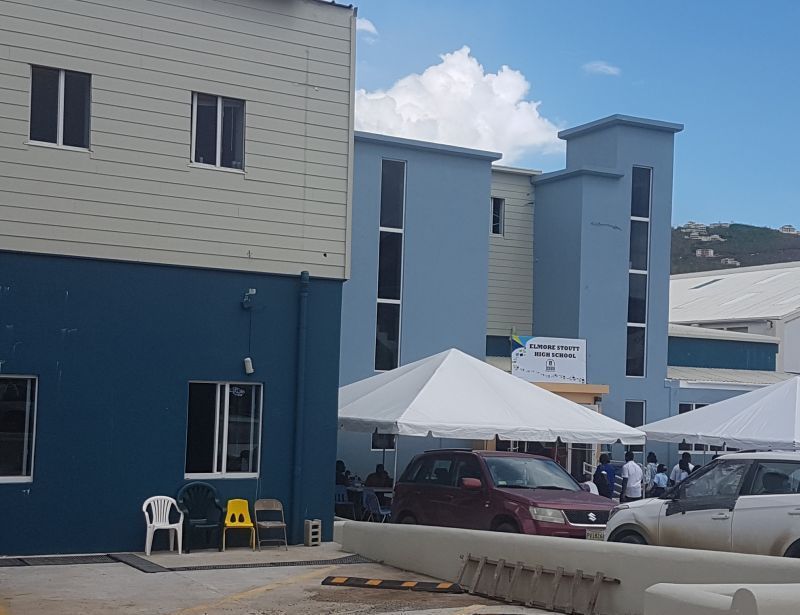 With Elmore Stoutt High School (ESHS) students and teachers, who have been occupying the Old Clarence Thomas Limited (CTL) Building in Pasea Estate to return to the main campus in Road Town on completion of the new buildings there, a contract has been signed to return the Old CTL Building to its original configuration.

The building was previously used as a hardware store before it was occupied by ESHS students following Hurricane Irma in 2017.

The contract for demolition works of the temporary ESHS project was awarded to Construction and Engineering Systems (BVI) Limited on October 3, 2022, in the amount of US$97,359.00. 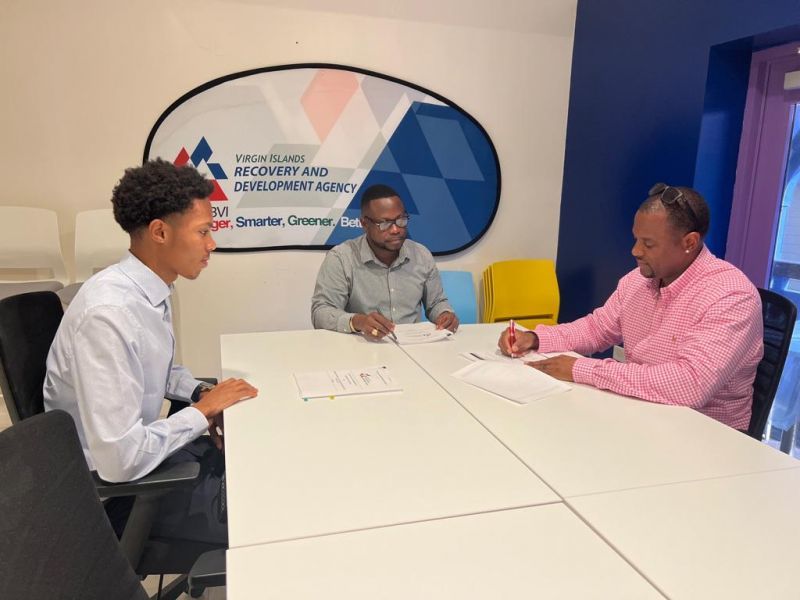 The contract to return the Old Clarence Thomas Limited Building to its original configuration and remove existing equipment and infrastructure, was awarded by the Virgin Islands Recovery and Development Agency (RDA) in conjunction with the Government of the Virgin Islands to Construction and Engineering Systems (BVI) Limited on October 3, 2022, in the amount of US$97,359.00.

According to Government Information Services (GIS), this project will return the Old Clarence Thomas Building to its original configuration and remove existing equipment and infrastructure.

“The Scope of Works include the removal of lights, power outlets, doors, frames, acoustic ceilings, emergency lights, signage, partitions and the data network which all formed part of the teaching environment,” the GIS press release of October 5, 2022, stated.

It added that following Hurricanes Irma and Maria in September 2017, the Ministry of Education fulfilled a mandate to begin school by October 5, 2017. This was achieved by constructing temporary classrooms that would facilitate a shift system for students and teachers by utilising a space that was once a business structure.

Thirty-five (35) classrooms were constructed using readily available lumber to separate each room. There is also a teacher’s lounge, an administrative area, a conference room, a radio station, and the Principal’s Office inclusive of a waiting area and kitchenette.

This temporary school was upgraded by the RDA in 2020 improving the facility by installing improved AC, lighting, and soundproofing.

“This temporary facility is now due to be demolished as the building is to be returned to its original configuration. Meanwhile, works are steadily advancing towards the completion of the main campus of the Elmore Stoutt High School, a project being executed by the Recovery and Development Agency,” the press release stated.