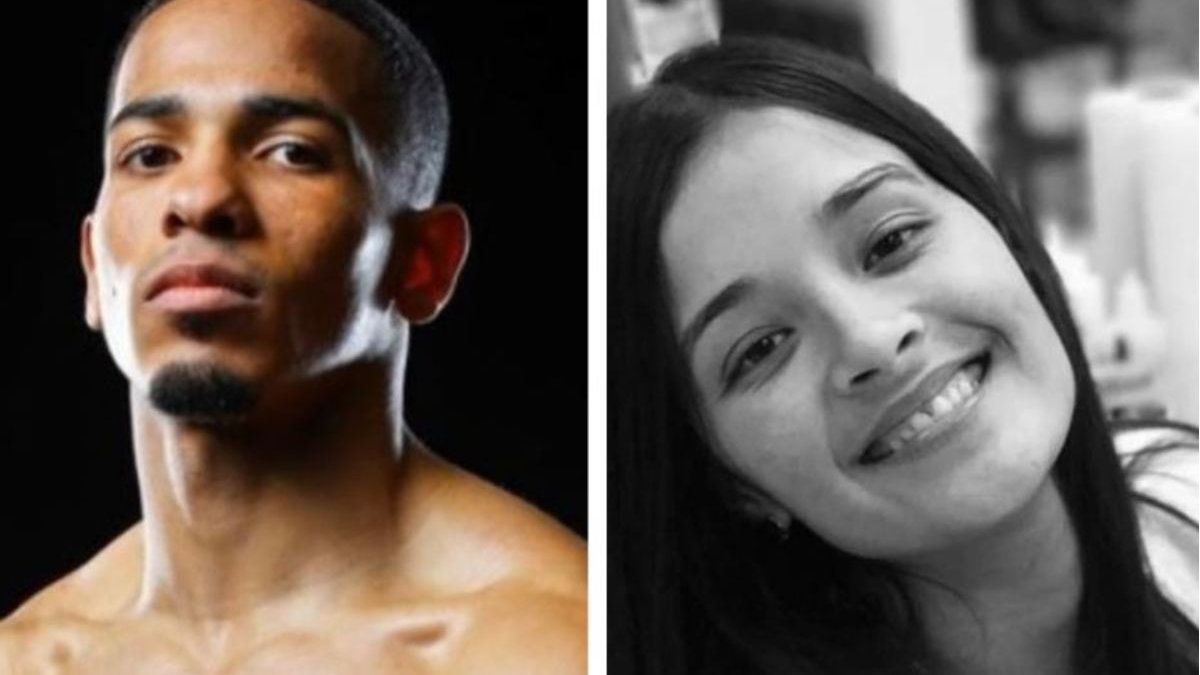 Puerto Rico police seized a vehicle owned by Puerto Rican boxer Félix Verdejo and will investigate the calls made from his cell phone.
The forensic authorities of Puerto Rico identified the lifeless body of a woman, who was thrown into a lagoon near San Juan, as that of the girlfriend of Puerto Rican boxer Félix Verdejo, who was questioned by the police, and who took numerous people to manifest on the bridge where the incident happened.

The Puerto Rico police confiscated a vehicle of his property and an order has been issued to investigate the calls made from his mobile phone, in relation to the disappearance last Thursday of Keishla Marlen Rodríguez.

The police reported that this morning at 0240 local time (0640 GMT) they removed the vehicle from a residence owned by the boxer in the Caimito neighborhood of San Juan.

Since last Thursday, the security forces have been investigating the disappearance of Rodríguez, 27, who, according to his family, had a relationship with Verdejo and with whom he would be one month pregnant.

On Friday Verdejo was questioned by the Puerto Rican police after revealing his connection with the young woman, in an event that has shaken Puerto Rico, along with the murder of another young woman last Thursday who was found semi-burned and who had requested an order in March. protection against his alleged aggressor, who was not treated by justice.

Verdejo did not answer questions from security forces when questioned.

Yesterday, Saturday, the lifeless body of the woman was found in the lagoon near San Juan, which was identified by the Institute of Forensic Sciences (ICF) as that of Rodríguez.

The FBI will assume jurisdiction of the investigations. '

The sister of the deceased, Bereliz Nichole, explained through Facebook that "soon" will announce where the wake will take place.

Many people demonstrate on the bridge from which Rodríguez's body was thrown into the lagoon where they will make "a cry for the country that will be heard in all corners. For those who are no longer there and for those who will come."

The governor of Puerto Rico, Pedro Pierluisi, said this Sunday in relation to the recent acts of sexist violence on the island that he reiterates his "commitment to the fight against gender violence and to continue putting action and resources where the word is ", while revealing that the Fiscal Oversight Board (JSF) has reduced the allocation for the fight against gender violence.

"It is crucial that we maintain this current level of attention to the crime of gender violence that so much loss, consternation and anguish brings to our society. There should be no doubt that we are in a state of emergency due to gender violence," he said in a release.

"We are all united in prayer so that the victims of this serious social evil have the peace that was stolen from them during their lives, so that their families have the comfort and strength they need to overcome this tragedy, so that these crimes do not go unpunished and so that we can eradicate the causes that promote and allow this violence, "he added.

"The pain, anger and indignation that we feel every time we witness a crime of gender violence has to be kept alive in us so that we do not rest in our responsibility to protect, prevent and abolish this evil, as well as to do justice for all victims. Every day we continue working to create a society that values ​​life, respects human dignity and rejects violence in all its forms. We have to fight this battle until we win it, "he said.

Verdejo, known as "El Diamante", gained notoriety when he reached the quarterfinals of the 2012 London Olympics.

Despite not winning a medal, the renowned Top Rank company signed him.

Thus, Verdejo started his professional career, although he had his first setbacks, when at the beginning of August 2016, he had a motorcycle accident in Puerto Rico, which kept him in the Medical Center hospital, in San Juan, for seven days.

The former Olympic boxer suffered the accident when he was traveling on the PR-3 highway in the direction of Río Grande (northwest) to Carolina, a municipality near San Juan, where he lost control of his motorcycle when trying to avoid a gap in the road.
#Facebook