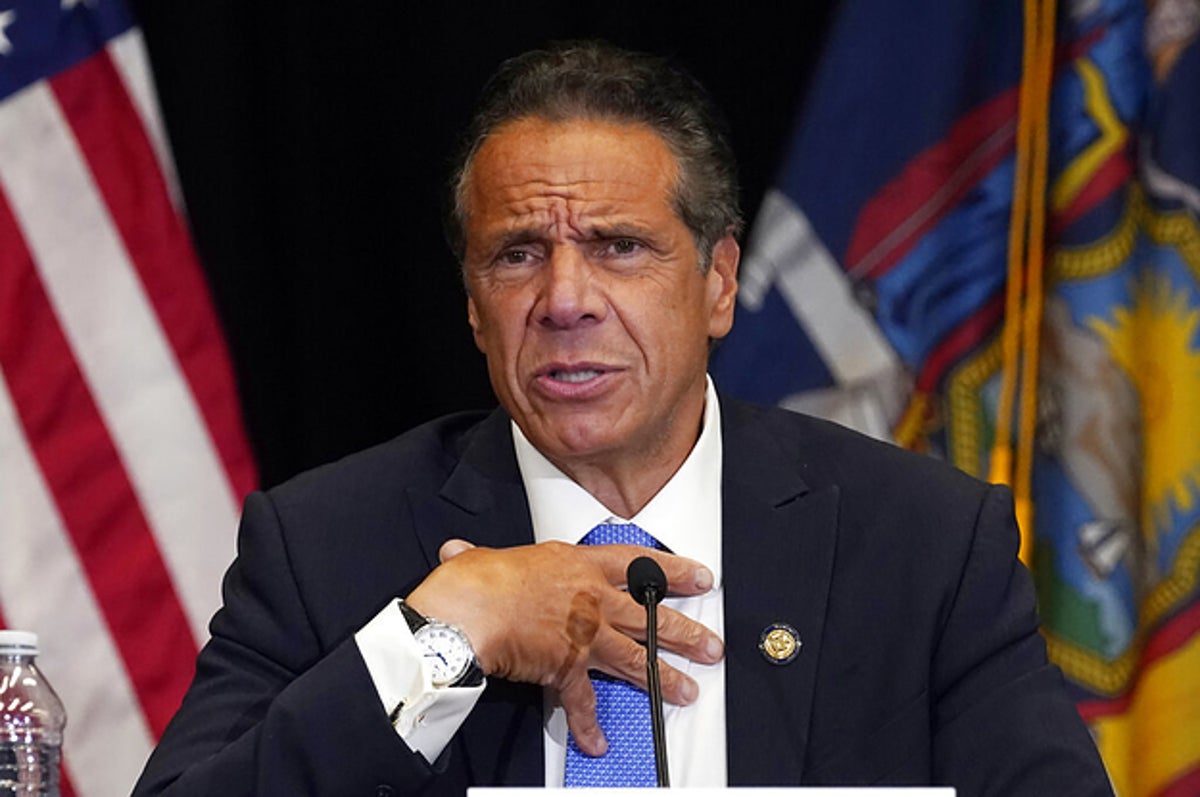 Cuomo's executive assistant alleged that he grabbed her breast while hugging her inside his private office in the Executive Mansion last year.
A woman who accused Gov. Andrew Cuomo of groping her breast last year filed a criminal complaint with the Albany County Sheriff's Office, authorities told the New York Post and the New York Times on Friday.

The woman, who was identified only as Cuomo's executive assistant in an explosive sexual harassment report from New York Attorney General Letitia James, filed the complaint after meeting with the sheriff's office on Thursday, the Post first reported.

The sheriff's office did not immediately respond to a request for comment.

The sheriff passed on the complaint to the Albany County District Attorney's Office, which will determine if Cuomo will face criminal charges, Sheriff Craig Apple told the Post.

A spokesperson for the district attorney told BuzzFeed News that the office was "aware that there are media reports of formal complaints being filed in an ongoing inquiry being conducted by our office."

She said the office will not be confirming the reports or disclosing any information at this time, adding that it was an "ongoing matter that is under review."

The damning investigation by the AG's office found that Cuomo has sexually harassed at least 11 women, including nine former or current state employees.

The executive assistant, who is in her early 30s, according to the AG's report, told investigators that Cuomo had engaged in a pattern of inappropriate conduct with her since late 2019 that included intimately hugging her, kissing her on the cheeks and lips, grabbing her butt while taking a selfie with her, and several offensive comments and jokes in which he called her "mingle mama" and asked whether she would cheat on her husband.

She alleged that last November, Cuomo pulled her into a hug inside his personal office in the Executive Mansion. She told investigators that he slammed the door to his office shut, reached under her blouse, and grabbed her breast while hugging her.

"I mean it was — he was like cupping my breast. He cupped my breast," she told investigators.

The woman said she intended to keep the incident to herself, but that she confided to some of her colleagues after they saw her becoming emotional at a press conference in March where Cuomo denied touching anyone inappropriately.

Cuomo has repeatedly denied all the allegations against him, including those from his executive assistant.

He told investigators that he regularly hugged her but that she was the "initiator of the hugs." In prerecorded remarks responding to the AG's report, Cuomo said that he kisses everyone as a gesture of "warmth" but denied sexually harassing anyone.