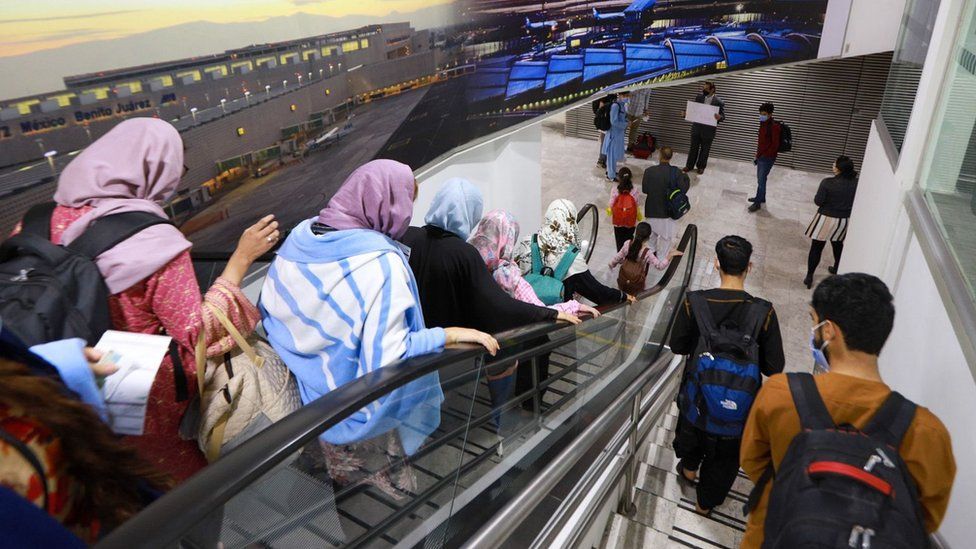 Facebook has told the BBC that it took part in an effort to help 175 citizens leave Afghanistan after the Taliban took control of the country.

The company said some staff members were also on the flight to Mexico City.

The Mexican government confirmed the flight was carrying activists and independent journalists along with their families, including 75 children.

Multi-national companies and organisations have continued to pull out of Afghanistan.

"In the process of assisting Facebook employees and close partners leave Afghanistan, we joined an effort to help a group of journalists and their families who were in grave danger," a Facebook spokesperson told the BBC.

"Thanks to the leadership of the Mexican government, and the support of the UAE in providing the initial landing, the journalists have been welcomed in Mexico," the company added.

The firm declined to give any further details due to the ongoing security situation in Afghanistan.

The Mexican government said the group of Afghan citizens arrived in the country on Wednesday: "This group, the fourth to come to Mexico for humanitarian reasons due to the situation in Afghanistan, is made up of social media workers, activists and independent journalists and their families, including 75 children."

Two weeks ago, Facebook brought in new safety measures for users worried for their safety in Afghanistan, as the Taliban continued to cement their grip on power. 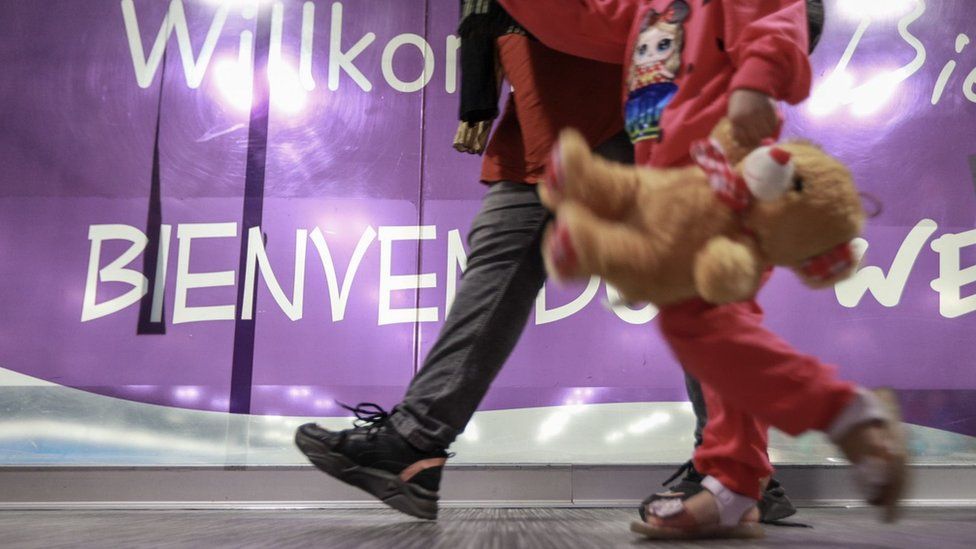 The additional measures were announced by Facebook's head of security policy, Nathaniel Gleicher.

"We've launched a one-click tool for people in Afghanistan to quickly lock down their account. When their profile is locked, people who aren't their friends can't download or share their profile photo or see posts on their timeline," Mr Gleicher tweeted.

The company also confirmed earlier this month that it will continue to ban Taliban content from its platforms as it considers the group to be a terrorist organisation.

"The Taliban is sanctioned as a terrorist organization under US law and we have banned them from our services under our Dangerous Organisation policies. This means we remove accounts maintained by or on behalf of the Taliban and prohibit praise, support, and representation of them," a Facebook spokesperson told the BBC.

Last week, the World Bank halted funding for projects in Afghanistan, citing concerns over how the Taliban's takeover will affect "the country's development prospects, especially for women".

The move came just days after the International Monetary Fund suspended payments to the country.