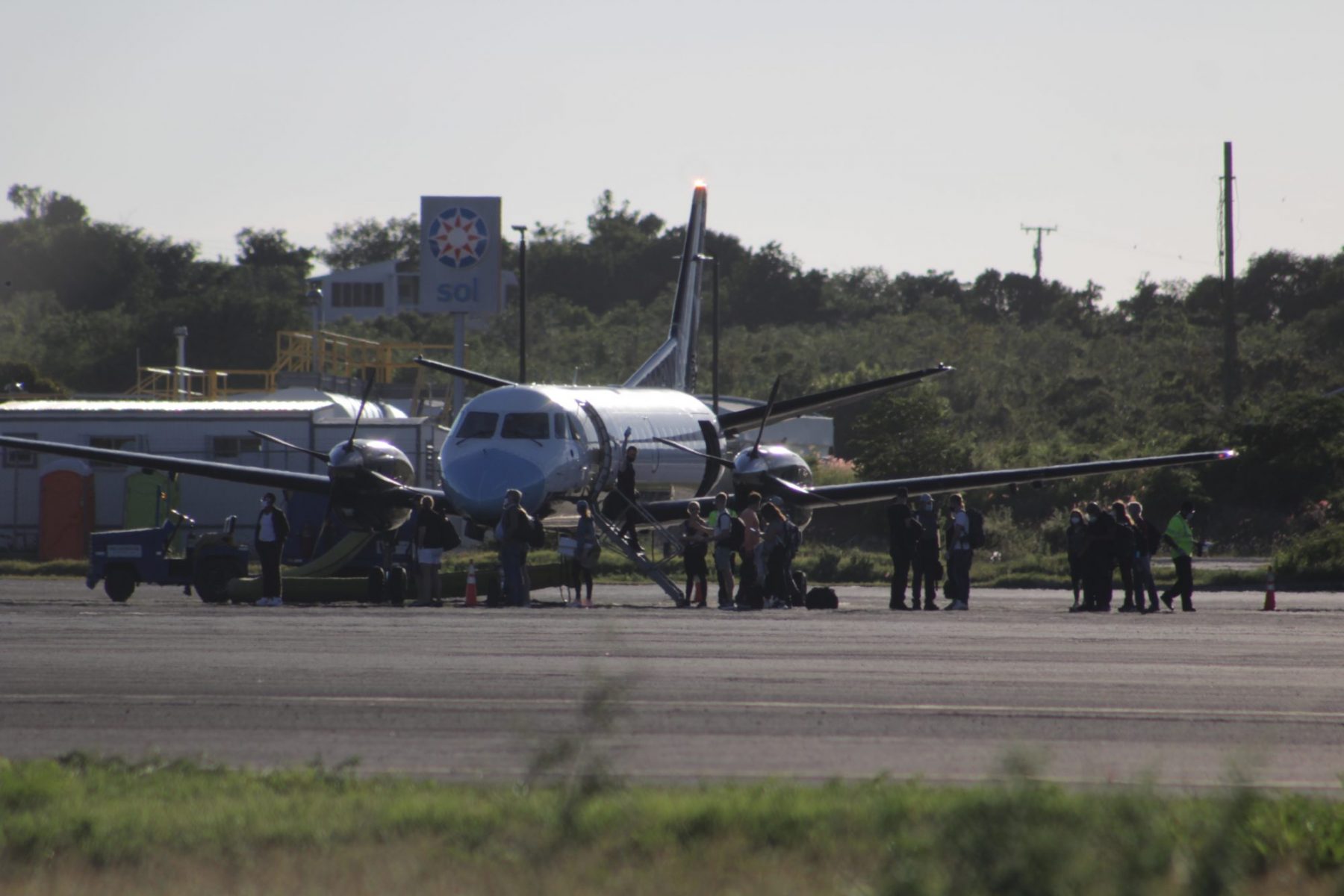 Aboard one of the planes was Autumn Meister Vernon, a United States native and member of the Facebook group BVI Alive.

“We made it to the [VI]! Good experience so far,” she wrote around 7 p.m. that day. “The folks at the airport were awesome.”

She voiced some concerns about the tracking “bands” that she and her children have to wear since they aren’t completely waterproof, but said overall the process was “smoother” than she anticipated.

Likewise, Nellie Morgan posted around noon on Tuesday on the BVI Community Board Facebook group, stating that she had just reached the territory.

“I just came in on the first flight and was welcomed at [the airport] by happy, smiling faces, and all went amazingly smooth,” she wrote.

It’s been nearly eight and a half months since the Virgin Islands closed its borders to all tourists on March 22.

A reopening ceremony was held Monday night at the airport, where Premier Andrew Fahie consistently reiterated the phrase “We are ready for you.”

Still, many may be waiting to see what happens and how the territory will handle the influx of travellers before booking hotel rooms or other accommodations.

Joe Collier — president and CEO of Mainsail Lodging and Development, which owns and operates Scrub Island Resort and Marina — said the property is usually fully booked during the last two weeks of December, but would be lucky to have even 35 percent occupancy during that time this year.

“We received a lot of reservations on the books, but then people saw the protocols and changed their minds or they postponed,” he said.

Meanwhile, a new case of Covid-19 was reported on Saturday in a returning resident who government said was in “secure quarantine.” The case — currently the only known active one in the territory — was the first to be reported since Oct. 13, and it brought the total number of recorded cases to 73.

An initial statement explaining the new case was posted and quickly deleted from the government’s website and Facebook page. But later on Saturday, government distributed an infographic about Covid-19 cases that included the new patient.

So far, 7,132 people have been tested in the territory, according to the infographic.

During Monday night’s opening ceremony, Mr. Fahie assured visitors that the territory has “strategically revised our legislations, [and] improved our medical facilities with equipment, human resources and other tools needed to ensure that we are equipped to manage your health.”

Throughout the territory, he added, visitors will find washing and sanitisation stations, physical distancing markers, and mask-wearing requirements.

He reminded visitors to adhere to all the protocols that residents are required to practise.

Kenisha Sprauve, chairwoman of the BVI Tourist Board, also spoke during the ceremony.

“I would like to reflect on the path that we have navigated on these uncharted Covid-19 waters to arrive where we are at today,” she said. “We held meetings with various stakeholders in the tourism industry, including charter boat operators, hotels and villas to address their concerns.”

She explained the Gold Seal certification programme, which offered trainings and inspections to employees in the tourism sector in order to provide “quality assurance.”

“A combined 3,500 human resources have been trained between the programmes,” she said, adding that training will continue.

A government press release on Tuesday stated that travellers will be greeted via the airport’s “newly constructed welcome centre,” which is “outfitted with a lounge, swabbing stations, isolation rooms, donning and doffing rooms, restrooms and more.”

On Tuesday afternoon, when people disembarked from the plane, they wore masks and stayed in their own groups, spaced apart a little. They were transported in a single file line to the swabbing stations and isolation rooms afterwards.

New Covid-19 Control and Suppression (Entry of Persons) Regulations Gazetted on Monday outlined the protocols necessary for visitors to enter the territory. Prior to arrival, each visitor must register on the BVI Gateway Travel Application Portal and download an application.

They must also seek approval from the Environmental Health Division to be quarantined in whatever accommodation they choose, as well as provide a negative Covid-19 test taken no more than five days prior to arrival.

According to the protocols, each person will be tested again upon arrival, then quarantined for four full days until a negative test result returns. If the test returns positive, the person must quarantine for at least ten more days and test negative for the virus. Those quarantined will be fitted with an electronic geofencing device and monitored by authorised officers, according to regulations.

Ms. Vernon voiced her concerns about the fact that the bracelets are not waterproof, adding that they had been “beeping.”

Government has not disclosed how many bracelets have been purchased from Amber Group Limited, the Jamaica-based company that created the tracking technology, nor has it disclosed the price.

Amber Group CEO Dushyant Savadia told the Beacon last month that requiring all returnees to wear a bracelet wouldn’t be possible, noting that governments have the option to require “high risk” people to wear them.

The VI government, however, hasn’t explained who will be required to wear a bracelet.

Another Tuesday arrival, Chris Midgley, a US native and a moderator of the BVI Alive Facebook group, posted pictures of his tracking bracelet, stating that it wasn’t what he expected. He described a small black box and bracelet, but noted that no app needed to be downloaded on his smartphone as government officials had previously predicted.

“At this time, there is no app on your smartphone — or at least none that was provided to us,” he said. “But this also means no cell phone data plan issues, as the data is all managed by the black box and covered by your $175 fee.”

He and others commented on alarms coming from black boxes, which he said were given to the people in his group without being fully charged.

“It seems to be a poorly designed low battery indicator, because the battery light was flashing when the alarm [was going] off (even though we were plugged in), and also because after about four hours, the noises seems to have stopped,” he wrote. “But we did power them off, multiple times (they seem to power themselves back on) to get rid of the non-stop alarms.”

Mr. Midgley has been continually updating the group members of BVI Alive of his travel process. 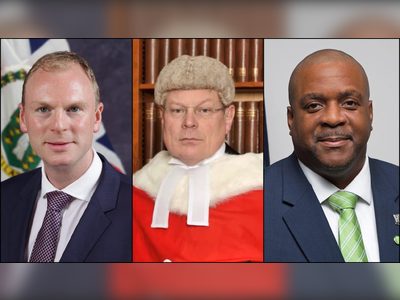 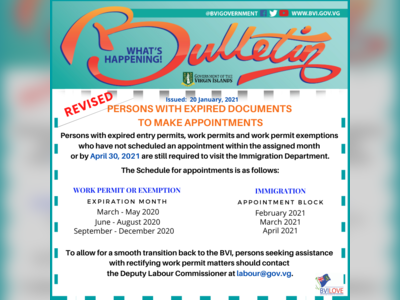 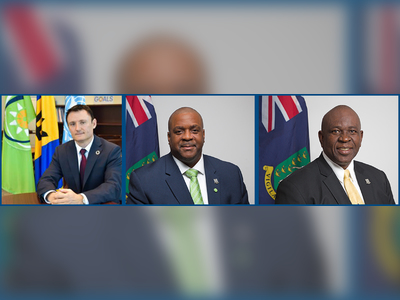 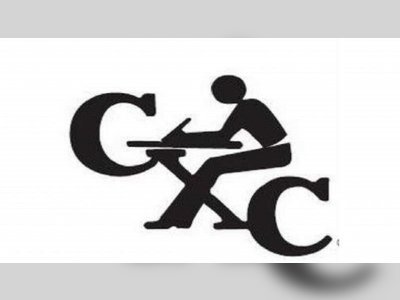 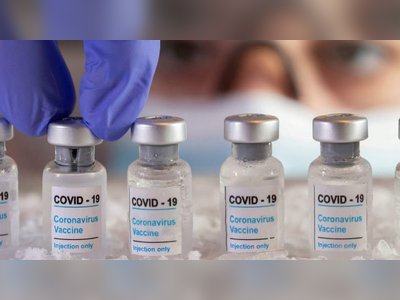 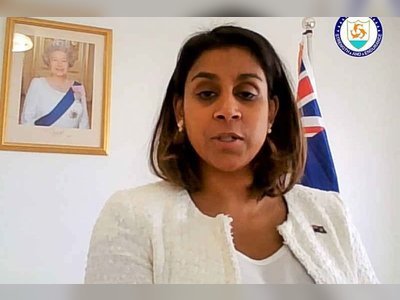 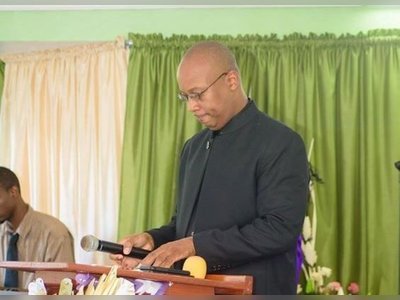 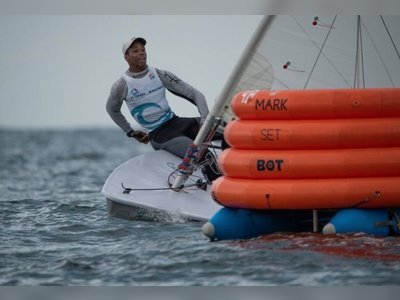 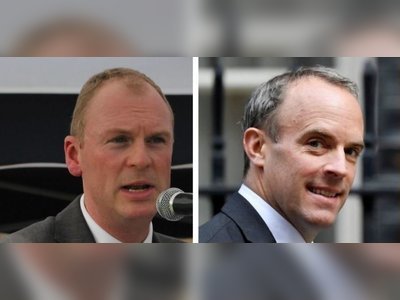 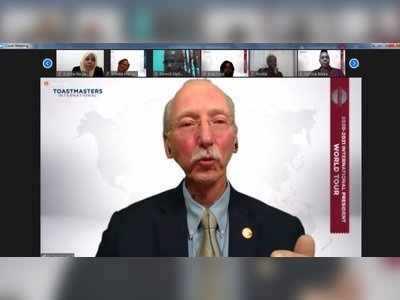 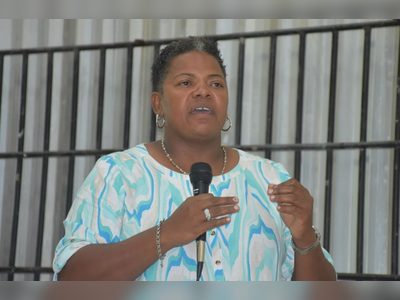 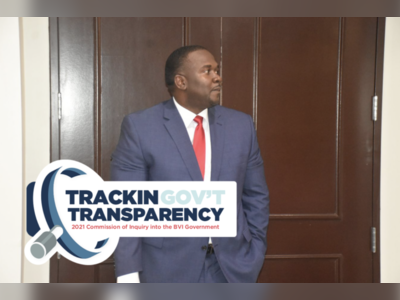 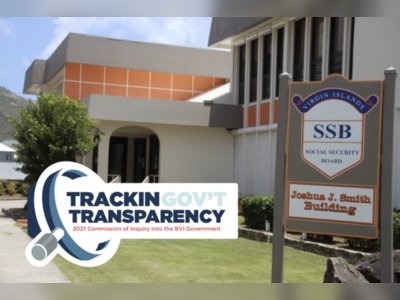 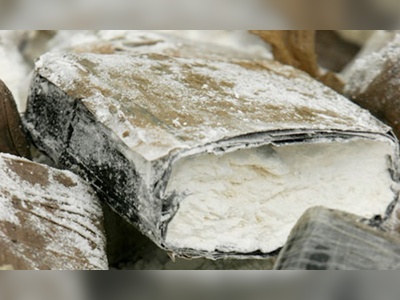 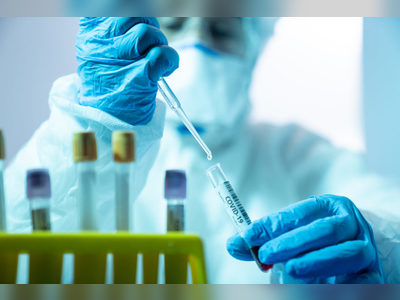 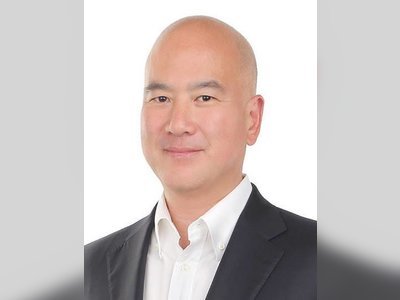 Japanese bank Nomura aims to more than triple assets under management in its International Wealth Management business by March 2025, through an accelerated expansion of the clie... 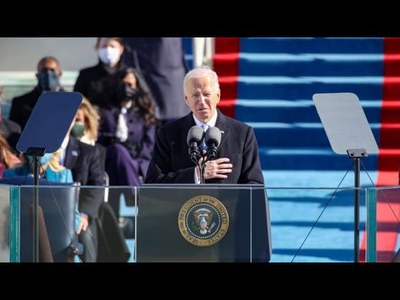 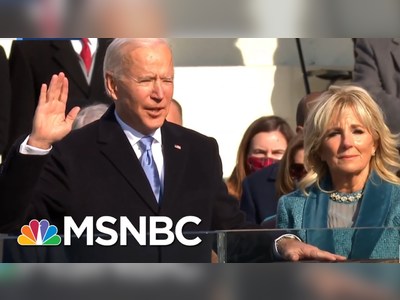 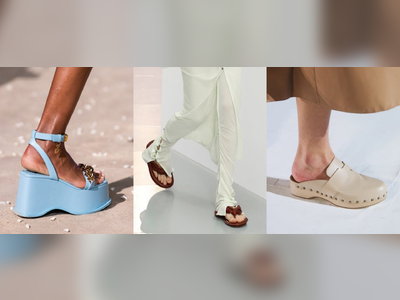 These 9 Spring/Summer 2021 Shoe Trends Will Dominate This Year

Start this year off with a new pair of shoes to get ahead of these major Spring/Summer 2021 footwear trends. 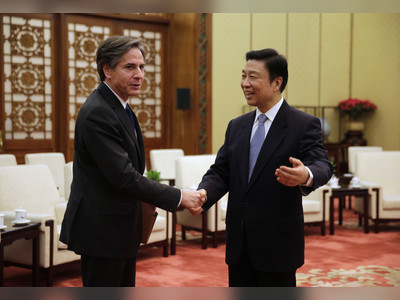 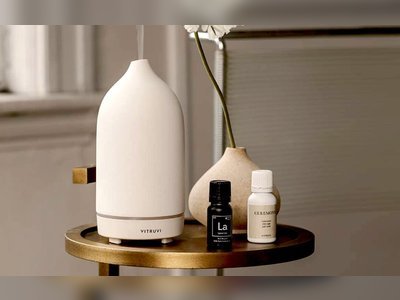 Reap the relaxing benefits of aromatherapy at home with these top-rated models.