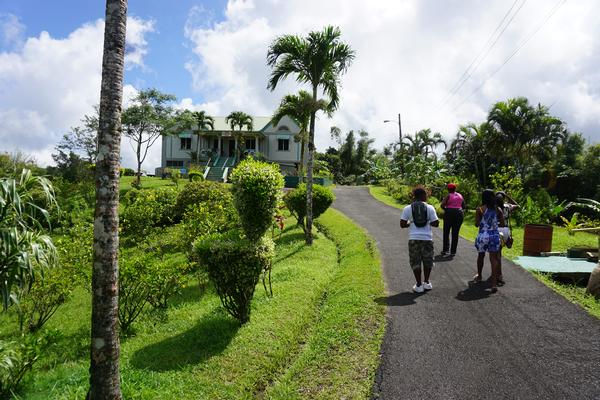 Return flights will depart Grenada at 3:00 p.m. and arrive in Toronto at 8:25 p.m. The scheduled flights will utilize Air Canada’s core aircraft as opposed to the Rouge subsidiary jets used in past service to the destination.

Canada is included among Grenada’s “medium risk” countries due to “active but manageable” COVID-19 transmission. Visitors traveling from such destinations are nevertheless required to “agree to and observe” mandatory protocols prior to booking and on arrival to the island, said GTA officials.

Grenada began a phased re-opening on July 15, and categorizes visitors as low, medium or high-risk, for the purposes of entry. The Ministry of Tourism and Civil Aviation has detailed the protocols for travelers into Grenada in an official comprehensive document for each of the three categories.

“This is a huge step for Pure Grenada, as we continue to observe a measured approach to reopening the destination to international travelers,” said Patricia Maher, GTA’s CEO. “As one of our key source markets, we are pleased to know that we will be able to welcome back visitors from Canada,” she said.

“While we are happy to have visitors explore our vibrant culture and immersive activities, we encourage all travelers to be mindful and ensure they adhere to the current advisories,” Maher added.

The carrier’s expanded Eastern Caribbean routes will “give connective travel to the existing 22 cities served by interCaribbean across its Pan-Caribbean network,” said company officials in a statement.

“Barbados is fortunate that interCaribbean has been chosen as its southern hub with a view to expansion and the establishment of headquarters in the future,” said Mia Mottely, Barbados’ prime minister. Barbados officials recently met with “with a number of airlines who have expressed interest in operating in the eastern and southern Caribbean,” Mottley said, prior to this week’s announcement.

Trinidad-based Caribbean Airlines recently launched service to the Eastern Caribbean from Barbados. The carrier is currently operating between Barbados to St. Vincent and the Grenadines and Grenada. Other destinations will be added once regulatory approvals are received, said company officials.

“Regionally and internationally, there is a lot to restart, and subject to regulatory approvals Caribbean Airlines is resuming our 2020 plans to expand routes in the Eastern Caribbean,” Medera said.

Meanwhile, major carriers are also adding flights to destinations across the Caribbean as borders re-open. American Airlines resumed eight routes from Miami in early July, including service to Santo Domingo, Santiago, Punta Cana and Puerto Plata in the Dominican Republic and Port-au-Prince, Haiti. American also resumed flights to Eleuthera, Georgetown, Exuma and Nassau in The Bahamas.

The carrier will re-launch service to Saint Lucia, Aruba, St Vincent, St Maarten and Providenciales in Turks and Caicos in the coming weeks, according to a Caribbean Journal report.