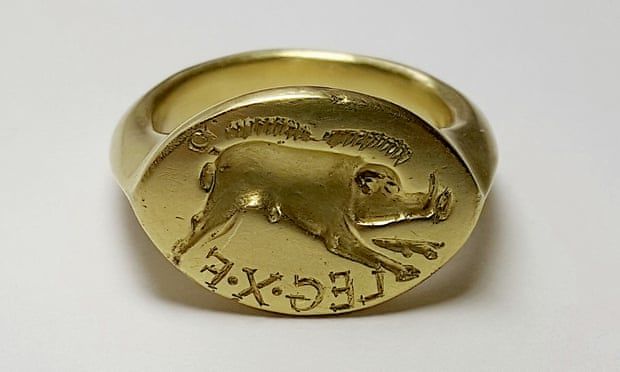 There is a “pandemic” of fake gold jewellery, primarily ancient and medieval, according to a leading British historian, who warns that forgeries extend to more recent pieces that any one might pick up in a market.

Dr Jack Ogden, a specialist consultant for museums, auction houses, dealers and collectors, estimates that half of the supposed ancient gold jewellery he is shown is fake. Such pieces are cheap to produce, and people are being duped into buying something that is worth a fraction of what they paid. Although gold, these fakes may not be older than a few months.

“If it stands still long enough, they’ll fake it,” Ogden told the Observer. “It’s a bit of everything. There’s been some spectacular, supposedly Greek and Roman, gold. A lot of Greek gold, because that’s very collectible. They find pieces or styles they’re able to copy and which are desirable.”

One of the fakes he studied was a Romano-Celtic gold mask. It had been made from a simple gold disc of pre-Columbian origin – featuring designs applied with the point and cap of a ballpoint pen.

Ogden, the president of the Society of Jewellery Historians, notes that new technology has always been adopted by fakers. While “electroforming” copied gold pieces from the mid-19th century, computer-based technology has been used more recently.

Strange linear ridges seen in a recent fake of a Viking gold object shows that it was made using a 3D printer, he said, noting that it is obvious on this piece but that, “as the resolution of such printers improve, it will become trickier to spot”.

His warnings will feature in the forthcoming issue of Antiqvvs, a new magazine devoted to past civilisations, to be published this week.

Ogden was initially wary of releasing details from which the forgers can learn from their mistakes. He recalled his involvement, as co-curator, with the British Museum’s 1990s exhibition, Greek Gold: Jewellery of the Classical World, which was also shown at the Metropolitan in New York and the Hermitage in St Petersburg. “Within months, almost direct copies were appearing out of Russia. They got the technology pretty well because that was all discussed in the accompanying book. They suddenly had a recipe book. A huge mass of fake Greek gold was appearing.” 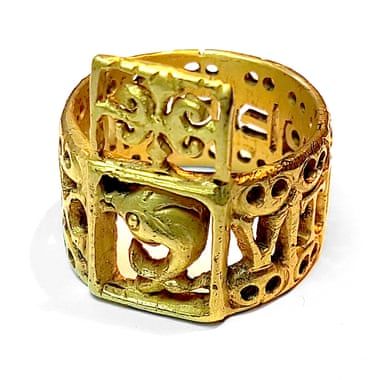 An openwork ring of vaguely Roman style, but made the wrong way for the period.

In Antiqvvs, he notes that the plausibility of filigree work on fake Greek and other jewellery has increased significantly, with fake copper corrosion being added sometimes to suggest a long burial.

He warns that pastiches combining genuine details within larger designs are “constantly turning up”. In one case, a single genuine Hellenistic gold earring formed the centrepiece of a fake gold diadem. In another, a single earring later emerged as a pair.

There has also been an exponential growth in the forging of documents for both genuine and fake objects, many of which are sophisticated.

The worry is that if fake objects enter museum collections they will be accepted as part of the archaeological record. “Museums are cutting back,” Ogden said. “In the old days, old Dr So-and-So headed a department with lots of assistants, who’d be learning. By the time he retired, there would be a body of knowledge that would continue. Nowadays, there aren’t resources for such continuity of expertise.”