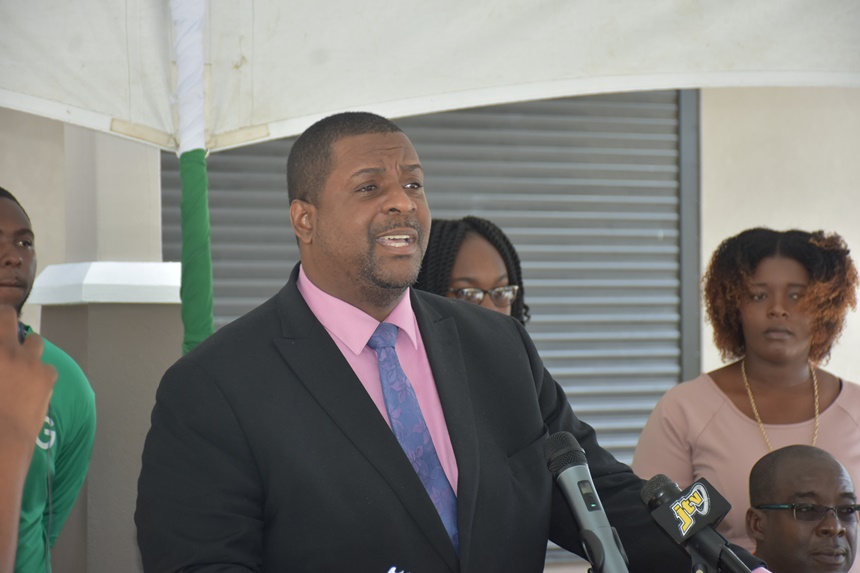 ‘All we could do was hug and cry!’ Premier visits Letty’s family in Florida

“All we could do was embrace and cry. Even thinking about it now … to lose a child to such senseless crime in the prime of their life is something difficult to fathom,” said Fahie who was already in Miami on official business at the time of his visit.

He was speaking at a vigil held for the late Miya Marcano in West End, Tortola on Sunday evening, following his return.

In remembering Marcano, the Premier highlighted how her death not only brought together the entire Orange County area in Florida but also the international community.

Premier continued with the message of unity and urged for residents to put aside their generational strife and look towards a better future.

“Sometimes we carry on the very hatred [of our forefathers] and somebody has to stop the generational pain. Somebody has to love,” he stated

Scores of Tortola residents paid tribute to Marcano whose body was found on Saturday, October 2 after she went missing from her Arden Villas Apartment complex a week earlier.

Her body was found in a wooded area near Tymber Skan apartments in Orlando, approximately 20 miles from where she lived.

The chief suspect in her disappearance and death Armando Caballero used to live in the Tymber Skan apartment complex. He died from an apparent suicide on Monday.

Marcano’s death has rocked the local community and the world. A lot of people on social media have been paying tributes and expressing condolences to the 19-year-old’s family.

The hashtag #MiyaMarcano trended on social media over the weekend when her body was found.