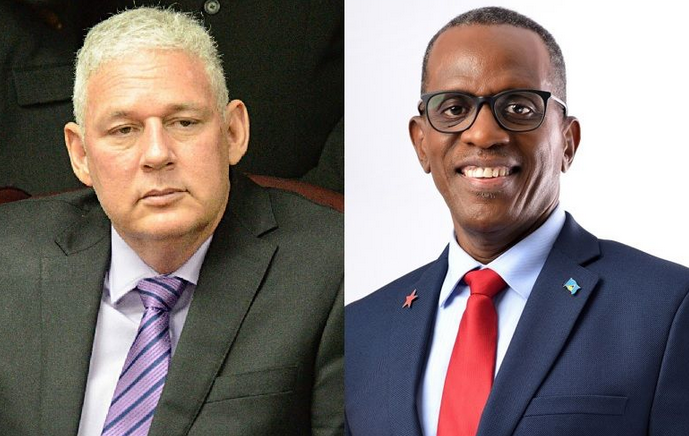 The St Lucia Labour Party (SLP) of Opposition Leader Phillip J. Pierre has recaptured the seat of power on the Caribbean island of St Lucia after losing its reigns of power in 2016 to the United Workers Party (UWP) of Allen M. Chastanet.

The UWP won just 2 seats, with Chastanet retaining his seat.

In addition, voters created history in the Caribbean by electing two independent candidates to the 17-member Parliament among them being the former prime minister Stephenson King, who quit the ruling United Workers Party (UWP) to contest the Castries North constituency, which he has been representing for nearly three decades as an independent.

The other Independent Candidate gaining a seat was Richard Frederick. 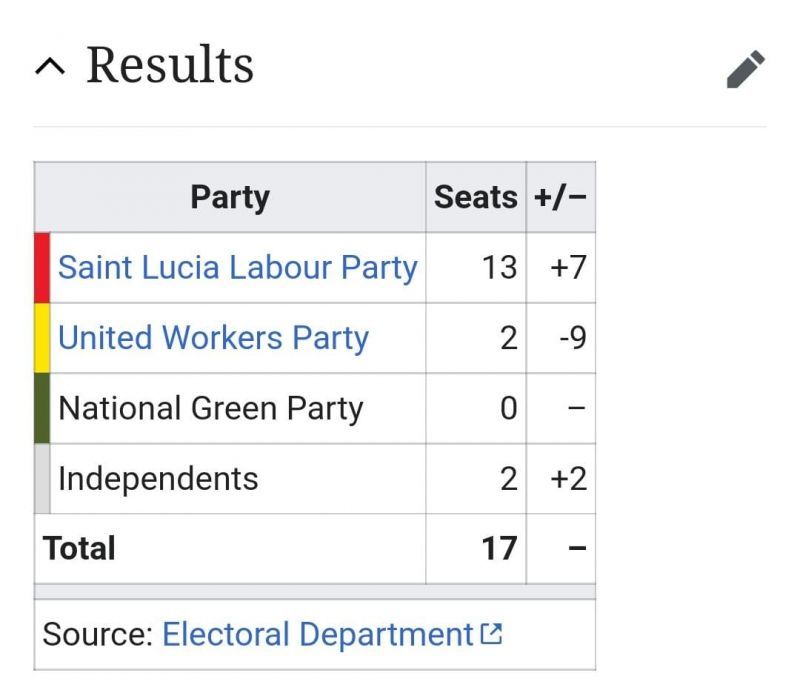 At the General Elections in St Lucia on Monday, July 26, 2021, St Lucia Labour Party (SLP) made a massive victory by gaining 13 seats out of 17.

Pierre to be sworn in as PM

After the landslide victory, SLP leader Phillip J. Pierre, who will be sworn in as Prime Minister, told Choice TV that he was “elated” thanking also his supporters in Castries East who ensured that he won the seat for the sixth consecutive occasion, defeating Fortuna Belrose. 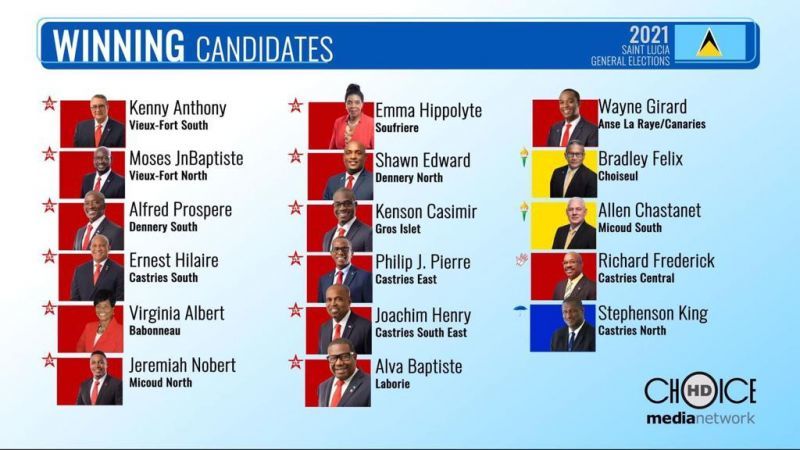