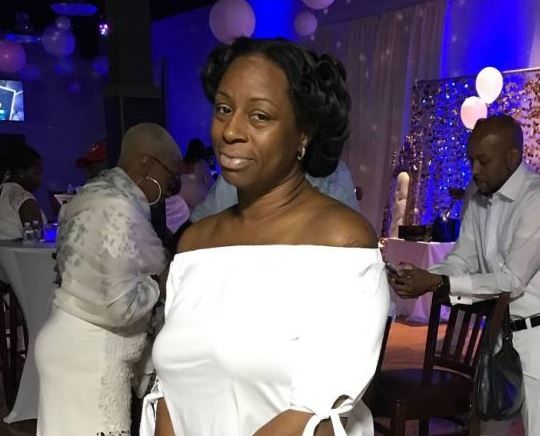 A New York City Department of Correction officer passed away after receiving plastic surgery at a clinic run by a controversial doctor in the Dominican Republic.
According to the New York Daily News, Tandra Bowser-Williams jetted off to the Dominican Republic on May 13 for a fat transfer/Brazilian butt lift (BBL) surgery under the knife of Dr Hector Cabral at his Centro Internacional de Cirugia Plastica Avanzada clinic in Santo Domingo.

Shortly after the procedure, the 29-year-old mother suffered a stroke.

Bowser-Williams' husband of 26 years Curtis Williams told the Daily News that she contacted him prior to her death to express her satisfaction with Cabral's work.

"They brought my wife out of the medically induced coma so she could unlock her phone, so

"Her exact words to me were "You're gonna love Dr Cabral's work.' I didn't care one way or another. I accepted my wife the way she was, "Williams told the Daily News.

"They brought my wife out of the medically induced coma so she could unlock her phone, so that's how she was able to get in touch with me," he added.

Shortly after the phone call, he was contacted by a nurse who he alleged informed him that she was not doing okay.

The hospital made arrangements for Williams to be brought to the DR to be at his wife's side but she died before he could arrive on the island.

BBLs are listed as some of the most dangerous surgeries in the world since the risk of death from an accidental injection of fat into large veins, which then travels up to the heart, lungs or brain, is high.

Many women have died or were left disfigured from procedures, most of which were carried out by unlicensed or untrained persons.

In 2011, Cabral was indicted by then New York Attorney General Eric Schneiderman for performing cosmetic procedures on 10 women without a license.

He was fined US$5000.00 and was ordered to pay US$23, 055.00 in restitution and complete 250 hours of community service in the Dominican Republic, according to the newspaper.

Cabral was charged with 10 counts of unauthorised practice of a profession (Medicine) and two additional counts with a co-defendant Alma Melo for Scheme to defraud in the first degree and conspiracy in the fifth degree.

An alert was issued by the New York Health Department a few years ago after several local women travelled to Cabral's Caribbean clinic for treatment and died.