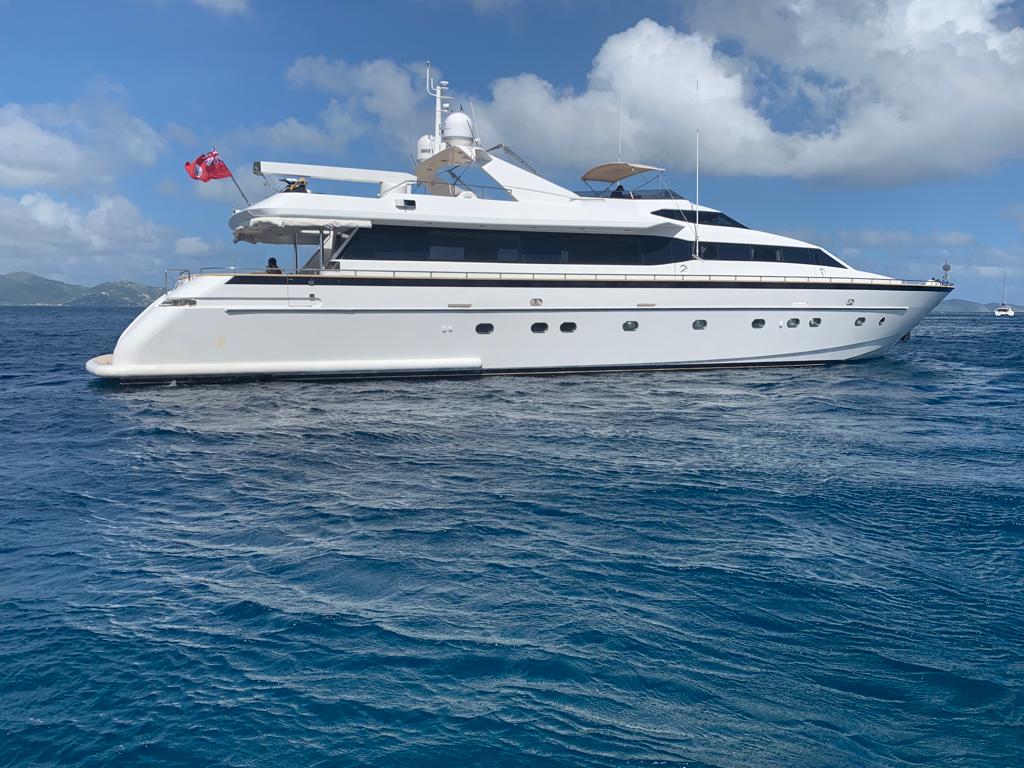 Another vessel busted for illegal entry into BVI waters

Another yacht has once again entered the BVI without following the territory’s entry regulations, Customs Commissioner, Wade Smith disclosed.

The Customs head said the operator of the vessel was fined some $20,000 for entering the territory without getting permission to land from Immigration and for going into a port that was not designated as a port of entry in the BVI.

Another very concerning infraction committed, Smith said, was not going through the relevant health protocols and having the vessel’s crew and passengers tested for COVID-19.

In a ZBVI interview aired recently, Smith said that during routine patrols, the territory’s Joint Task Force discovered the vessel at one of the BVI’s anchorages.

The vessel, which bore the name ‘Q’, was discovered in the harbour of Cooper Island but wasn’t docked at the time it was found, Smith said.

The Customs boss said he did not know what day the vessel actually entered the BVI, but it was later determined that the vessel originated from the US Virgin Islands.

Approximately 11 passengers were reportedly travelling on the vessel, but several of them were not on board at the time it was discovered to be illegally in the territory’s waters.

“The vessel was in the BVI at one of our more popular anchorages. Anything could’ve happened had anyone of those persons tested positive for COVID-19 and [were] actually in the territory,” Smith stated.

Smith said his department’s primary concern currently, is suppressing the entry of COVID-19 into the territory.

According to the Customs boss, not knowing the passengers’ COVID-19 status put Customs officers at risk as they were doing their job.

Smith recalled the loss of more than 35 persons in the BVI during this year‘s COVID-19 surge which saw more than 1,600 persons being recorded as positive cases.

“Our job first and foremost is to ensure that all vessels and passengers entering the territory go through the health protocols and are tested before they enter the BVI. And this was a situation where no one on board was tested,” he stated.

The incident comes less than a week after one vessel was seized and fined amount for various similar infractions. That vessel was also slapped with a $20,000 fine while one of its passengers was fined an additional $10,000 for giving false information to Customs officers.