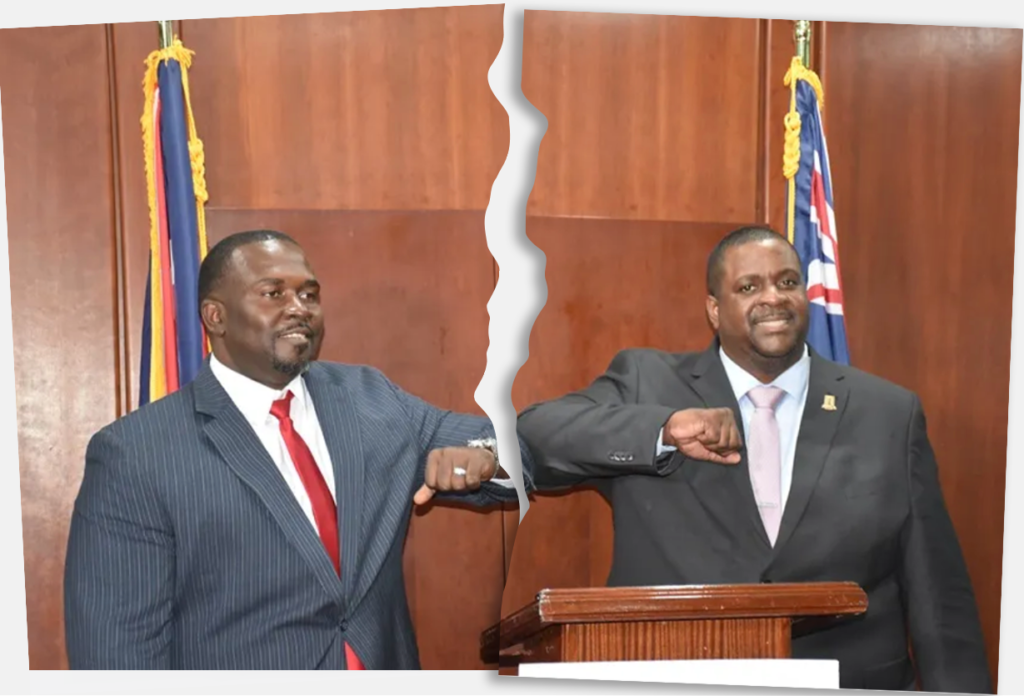 ‘Antagonistic’ NDP challenged to name one good-governance law it passed

Amid heavy political opposition against his administration, Premier Andrew Fahie has challenged the former ruling National Democratic Party to name at least one piece of good governance legislation passed under its watch.
The territory’s leader was at the time debating the proposed Integrity in Public Life bill that is currently before the House of Assembly.

The Premier charged that some Opposition legislators have cast many aspersions on persons’ character without any consequences.

“I have a a question for those in the Opposition who are speaking, those who run whenever there’s problems [and] go wherever they think it’s safe and those who been with the [former] government through the whole ordeal where they were before losing the government,” Premier Fahie said.

He continued: “Which good governance legislation did you put in place in the eight years consecutive that you had to government and in the 12 of the 16 years? Name one,” he asked.

“Leader of the Opposition,” Premier Fahie said, “I will pause now and give you an opportunity to name the one.”

Hearing nothing after pausing for effect, Premier Fahie said his party’s manifesto in 2019 displayed a suite of good governance legislation it proposed to institute, contrary to assertions it has faced that the government was only now instituting laws on the basis of the Commission of Inquiry.

“I am going to go through a chronological order for you, and with the chronological order I’m going with for you, it will prove a few things; that the integrity in public life did not come up as a result of any Commission of Inquiry,” the Premier said before noting a number of instances where the government’s suite of legislation was mentioned.
#Commission of Inquiry  #Fahie