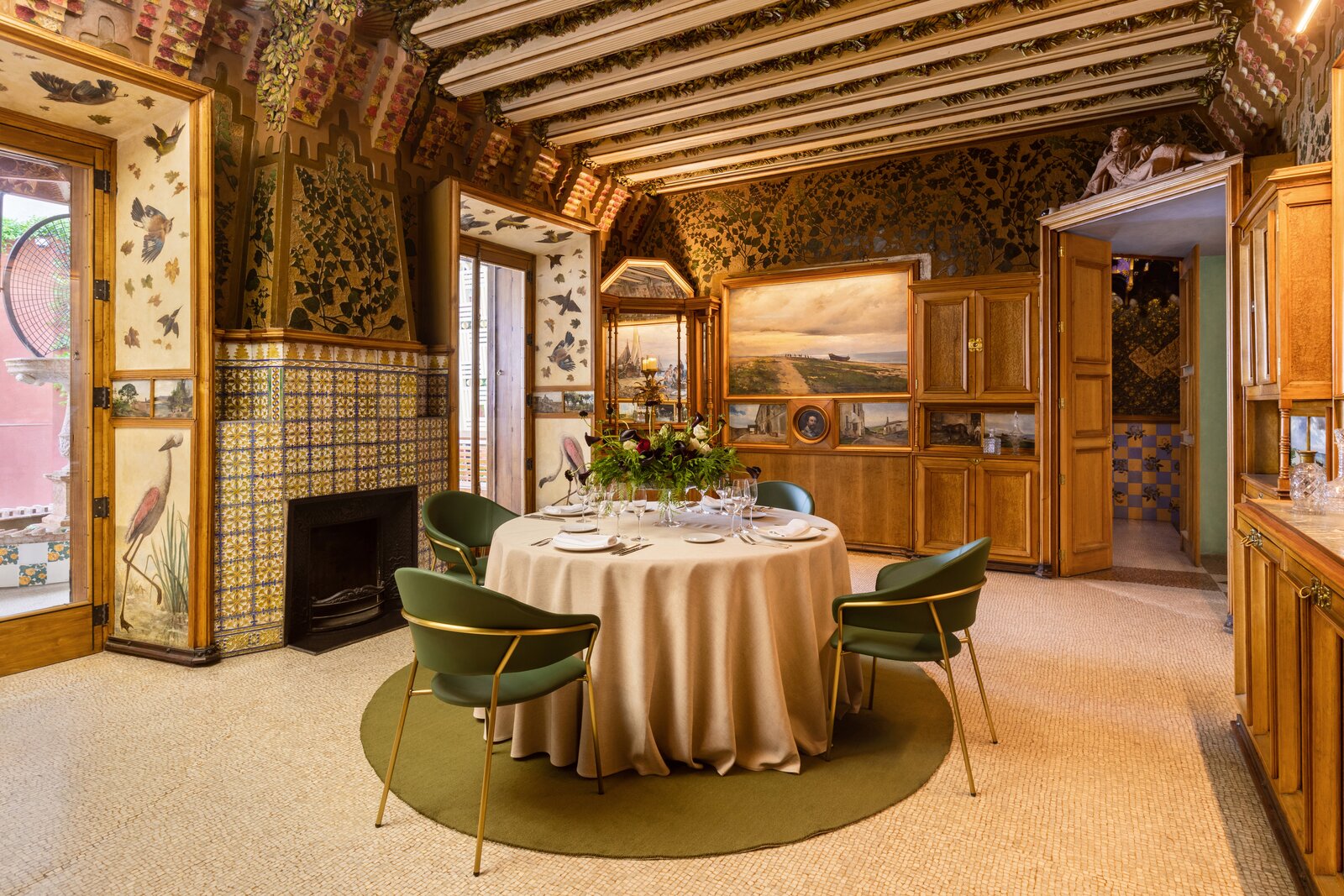 The legendary architect’s Casa Vicens will open its doors in Barcelona for an exclusive one-night stay.

This fall in Barcelona, Spain, two lucky Airbnb guests will have the rare opportunity to spend the night in Antoni Gaudí’s Casa Vicens. Dating back to 1885, the historic residence marks the celebrated Spanish architect’s earliest commission in the city. The UNESCO-listed landmark, which is widely regarded as one of the first buildings of the Art Nouveau movement, was originally designed by Gaudí as a lavish retreat for a local family. 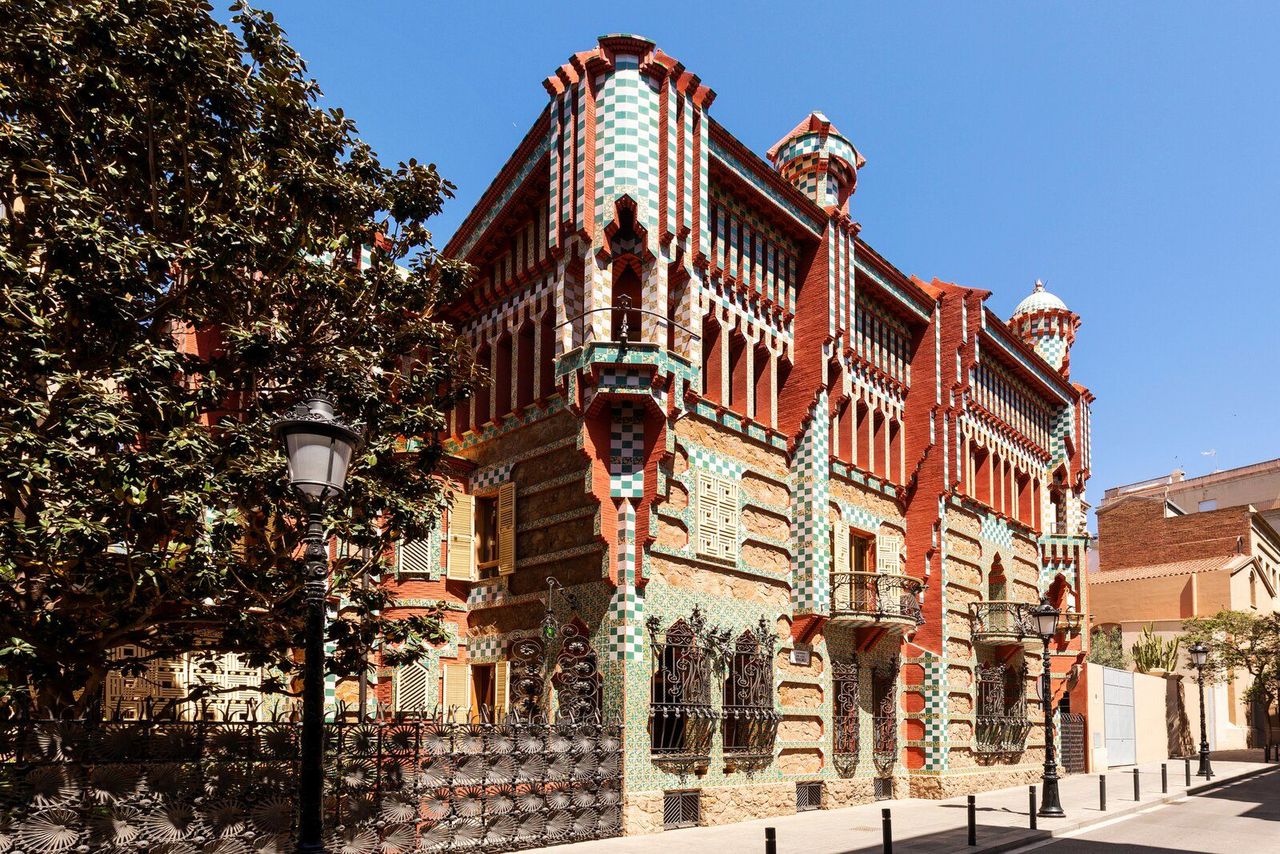 Architect Antoni Gaudí designed Casa Vicens when he was just 31 years old. Built with vibrant ceramic tiles and red bricks, the historic structure was Gaudí’s first-ever commission. Today, it’s commonly referred to as one of the greatest examples of Art Nouveau, which is also known as Catalan Modernism.

Although the building has been in private hands for the majority of the 136 years since Gaudí built it, the vibrant architectural landmark was converted into a house museum in 2017. Now, for the first time ever, Casa Vicens will offer an overnight stay for two guests. The booking-which is currently listed on Airbnb for roughly one dollar-will be available to reserve on a first come, first served basis. 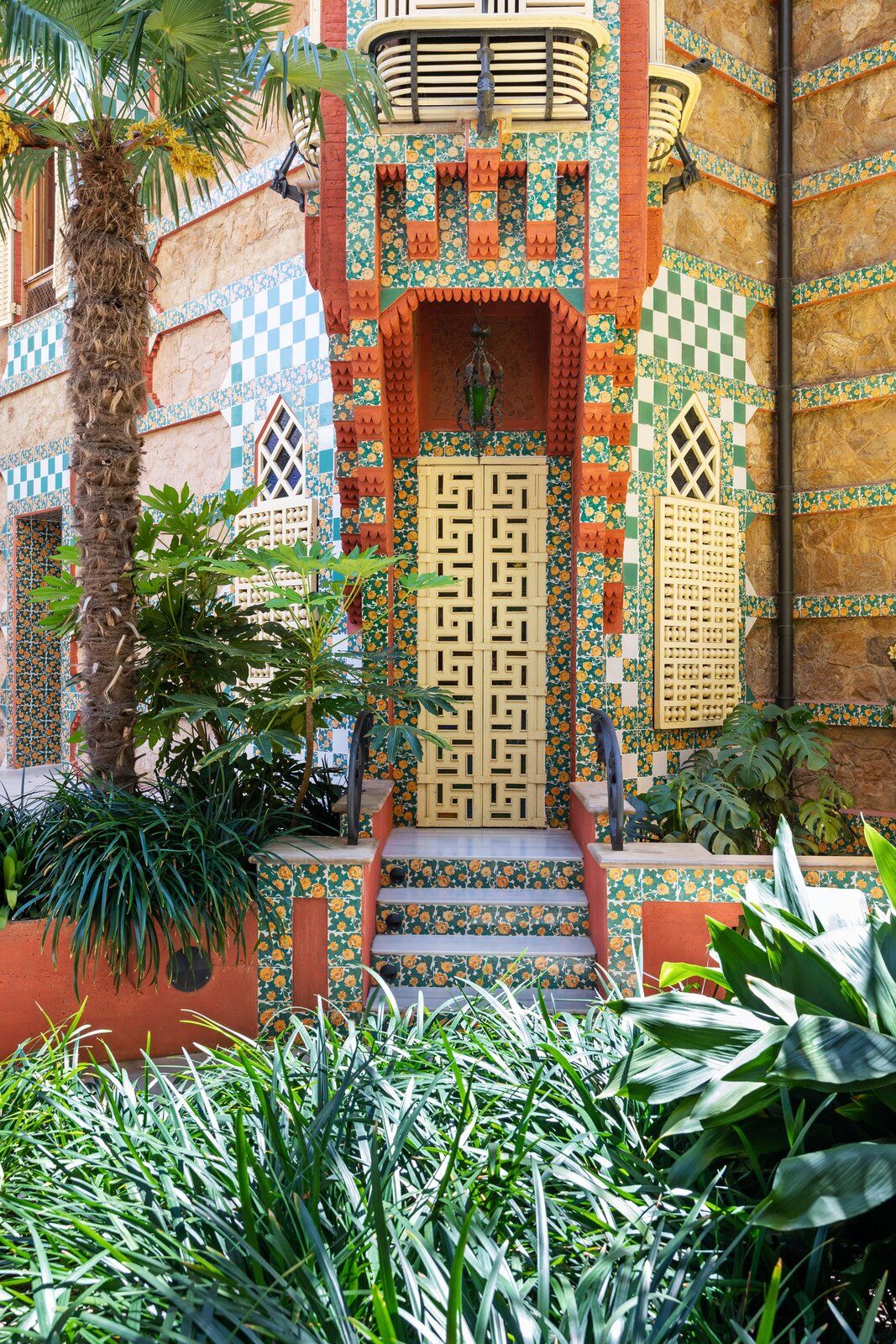 Casa Vicens was declared part of UNESCO World Heritage in 2005. This August, the Barcelona landmark will welcome two overnight guests for a one-time, one-night stay via Airbnb.

The fortunate guests will be hosted by Casa Vicens’s general manager, Emili Masferrer i Fons, who is part of the team that transformed the historic property into the current museum. The host will share insights from the restoration project during an exclusive tour of the property, after which guests will enjoy a Gaudí-inspired Michelin-star meal in the grandiose dining room-followed by a nightcap in the swanky ‘smoking room.’ 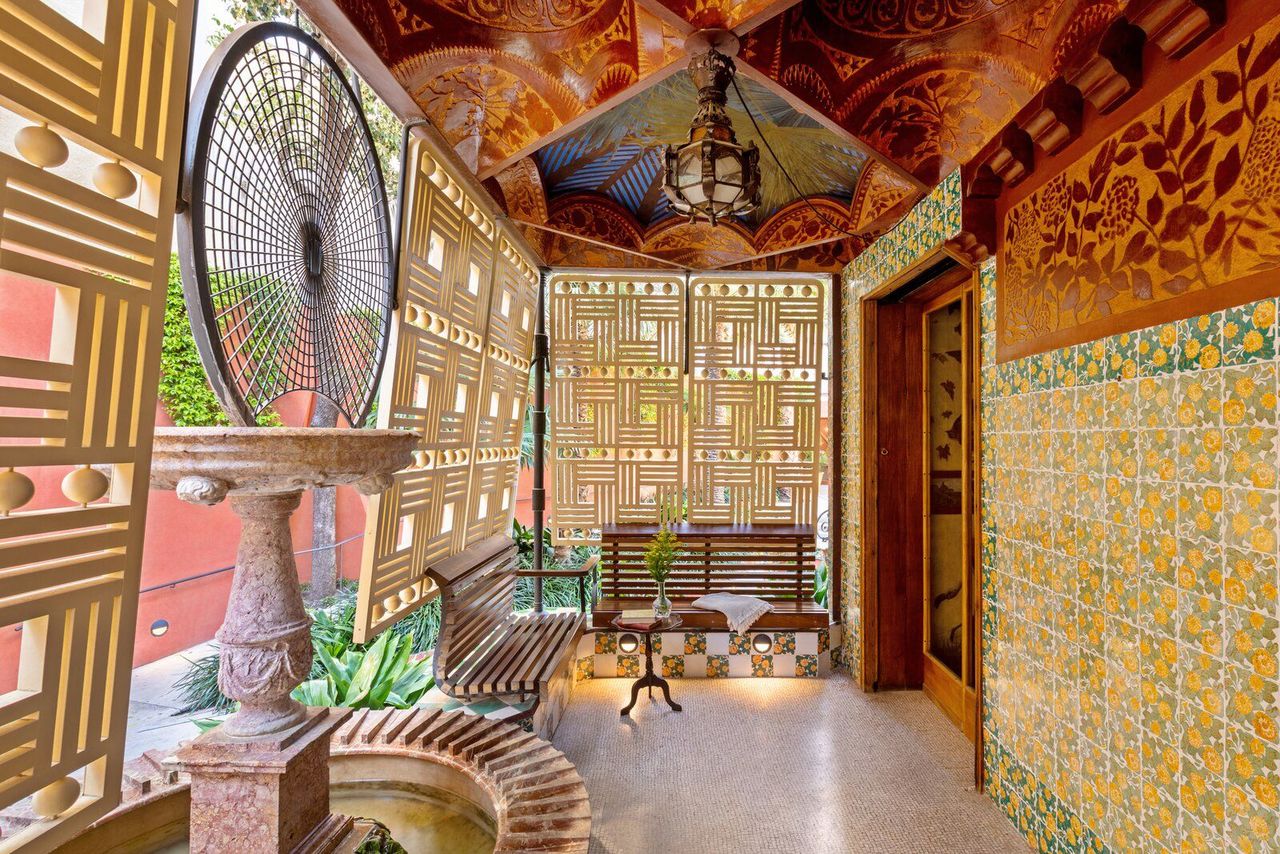 According to the Airbnb listing, Casa Vicens "represents the flowering of Barcelona’s distinctive form of modern architecture." The sprawling interiors reveal Moorish, neoclassical, and organic motifs. 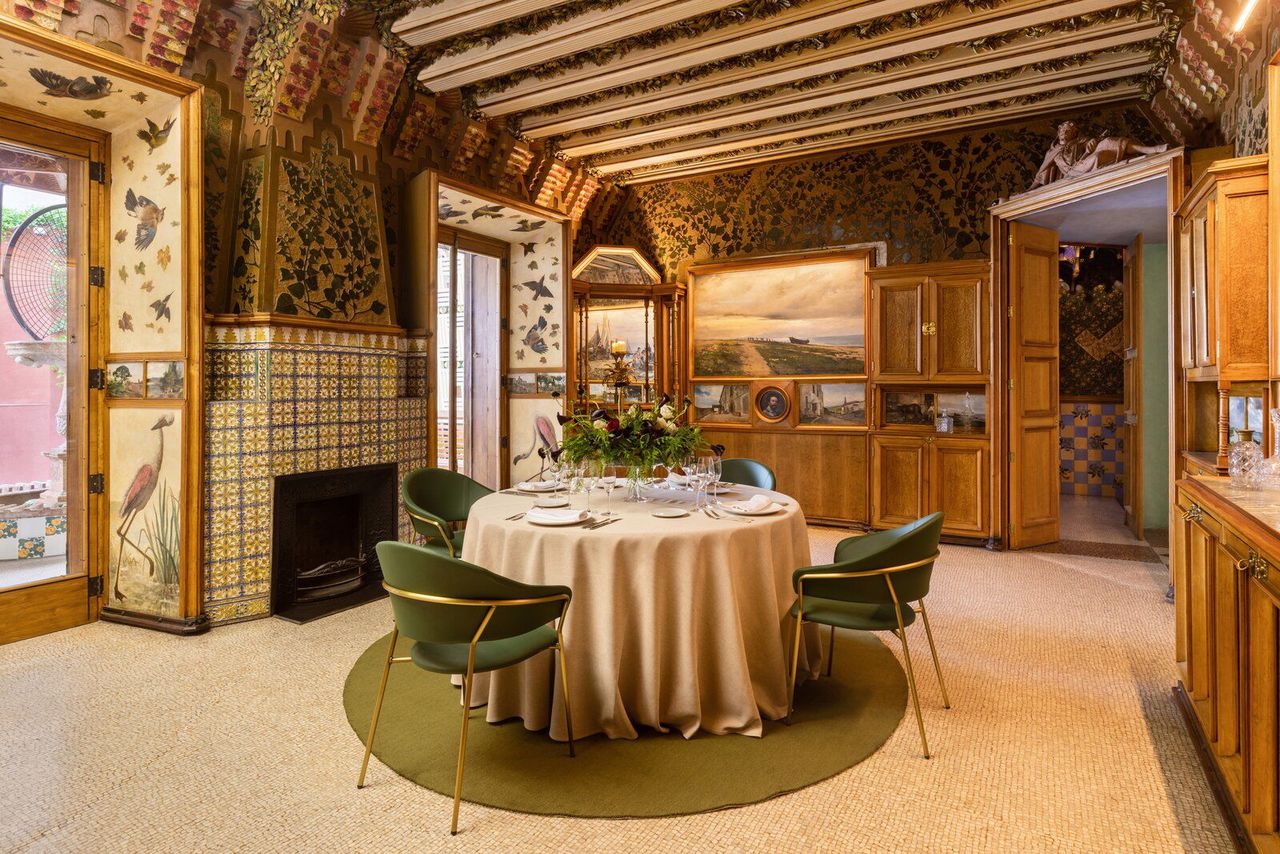 A peek at the dining room where guests will enjoy a Michelin-star meal. Much of the wooden furniture in this room was designed by the internationally renowned architect.

The evening will conclude with a stay in the Vicens family’s primary bedroom-another space fitted in Gaudí’s distinctive style. A full Mediterranean breakfast will be served the next morning in the lush, private garden. Throughout the exclusive stay, the doors to Casa Vicens will be closed to the public, presenting the two overnight guests with unprecedented access to the 19th-century property. 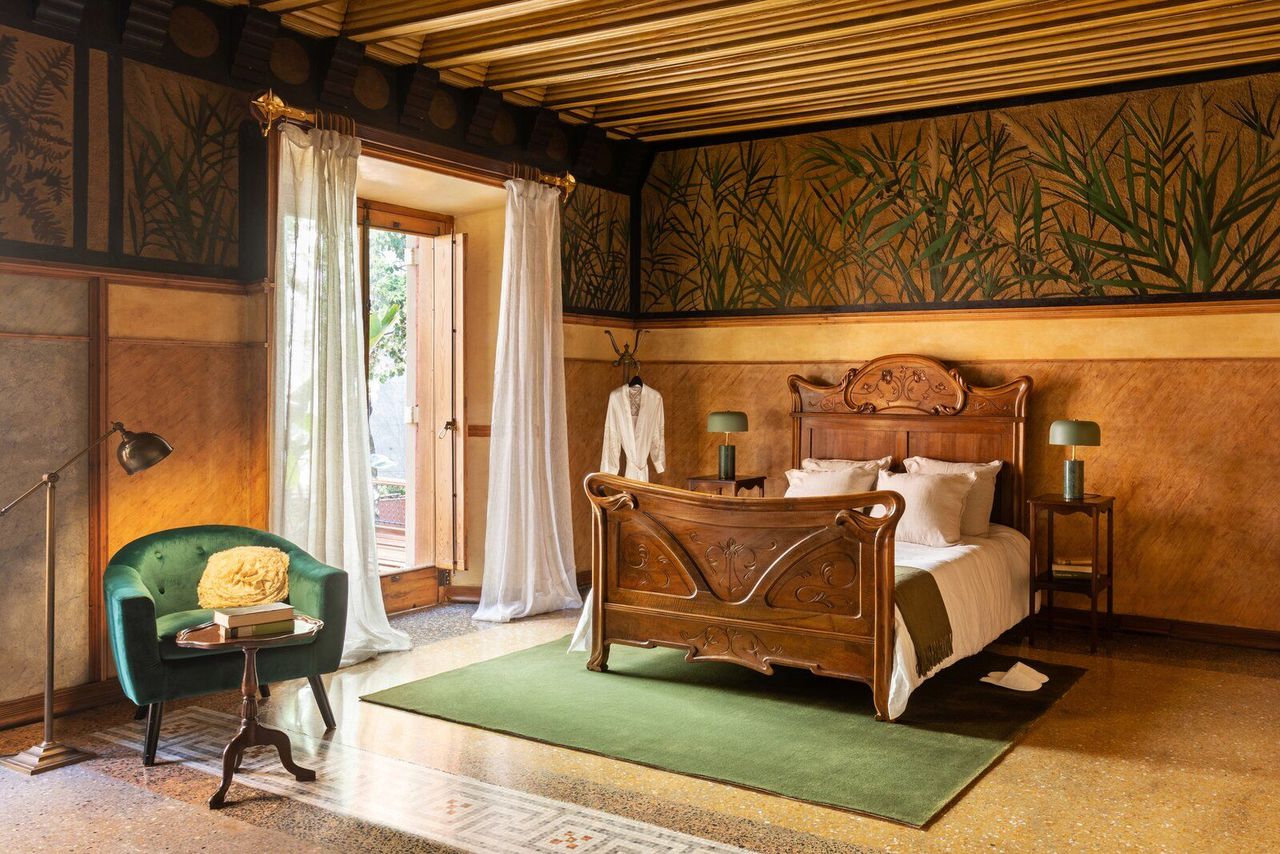 "We are excited to give guests the opportunity to experience this house as Gaudí designed it," says Casa Vicens’s general manager. "We are deeply committed to the preservation of Gaudí’s cultural heritage." 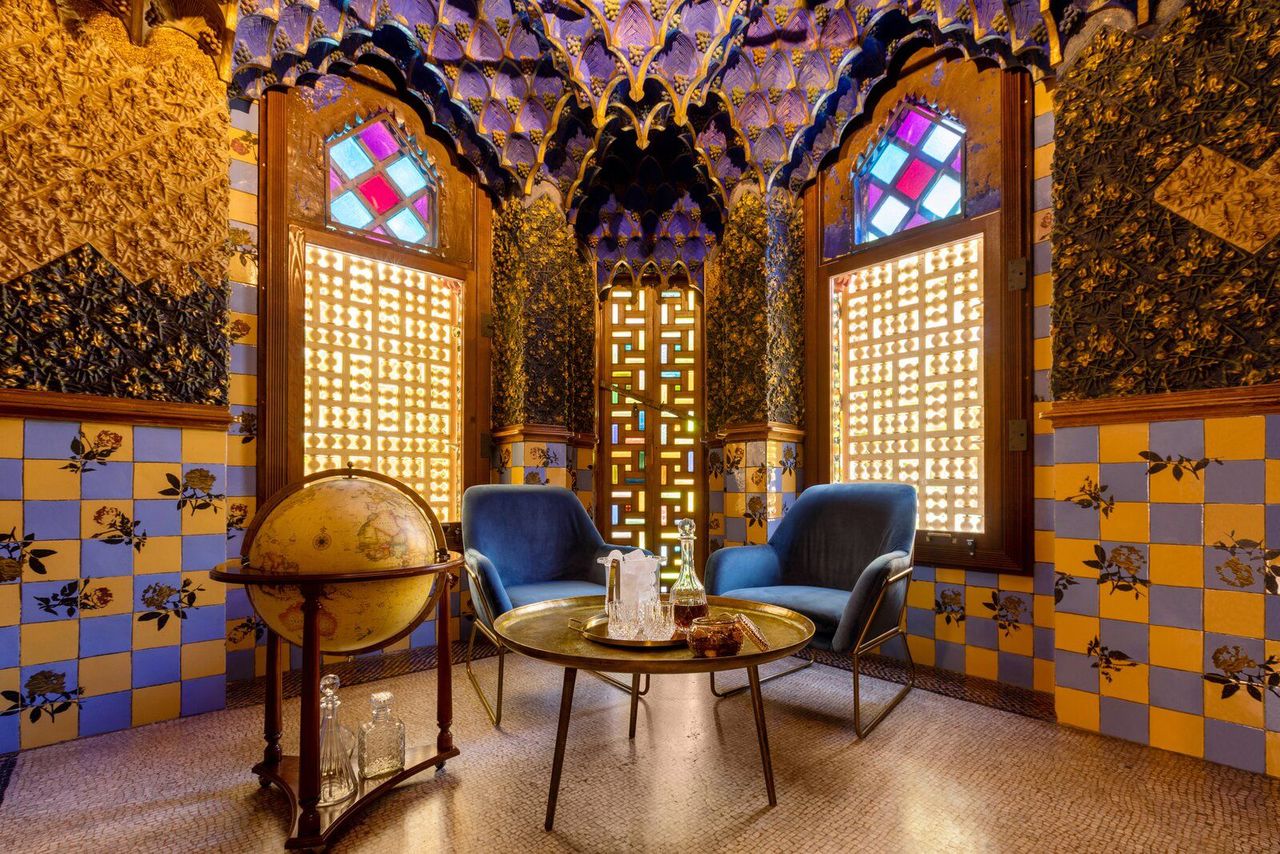 In the vibrant ‘smoking room’ on the home’s lower level, plasterwork on the ceiling replicates palm trees, while the colorful walls are decorated with intricate papier-mâché tiles.

"A local production team worked under our supervision to turn the house into a beautiful sanctuary for guests in the middle of Barcelona," the Airbnb host continues. "It will be a great pleasure to share the building’s secrets and rich history with whoever books the listing." 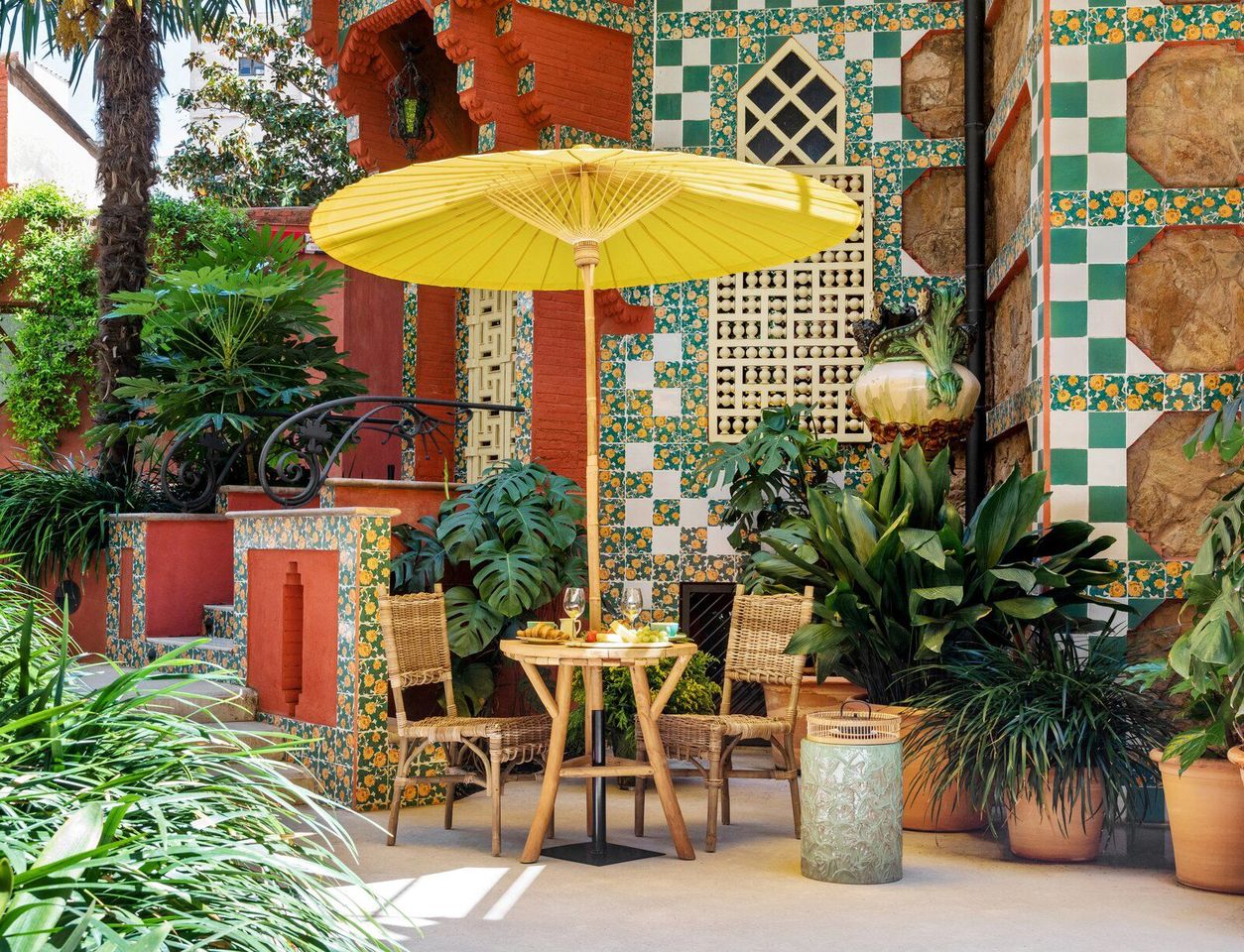 Guests will enjoy a Mediterranean breakfast in the private garden that surrounds the vibrant structure.

Booking for the coveted Airbnb listing opens on July 12, 2021, at 1:00 p.m. EST (4:00 p.m. CEST). The stay will cost 1-roughly one dollar-plus taxes and fees. According to Airbnb, "interested guests should note that house rules are in strict adherence with local COVID-19 guidelines, and those who request to book must live in the same household to minimize risk." 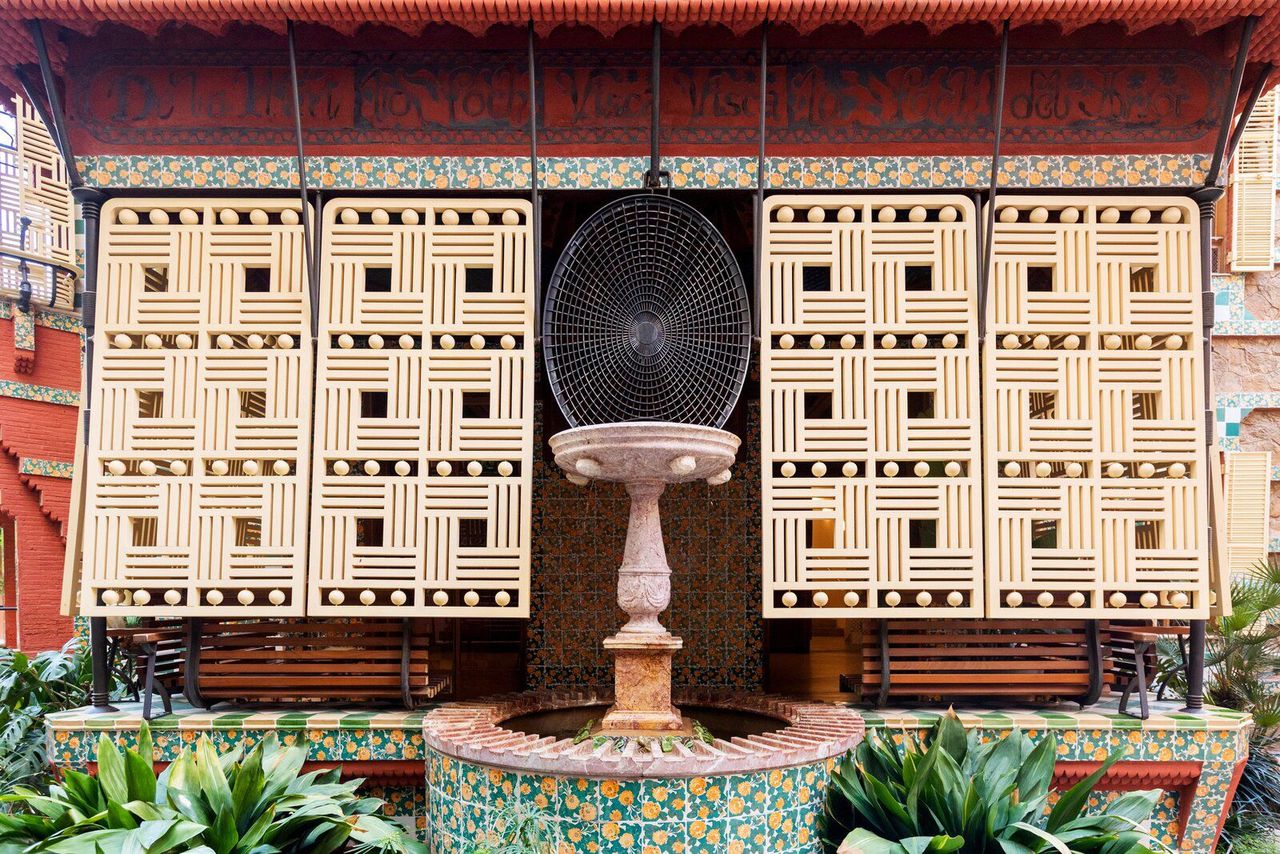 The extensive restoration of Antoni Gaudí’s Casa Vicens began in 2015. It was led by architects José Antonio Martínez Lapeña and Elías Torres of Martínez Lapeña-Torres Arquitectes, and David García of Daw Office, who helped convert the 19th-century house into a public museum. 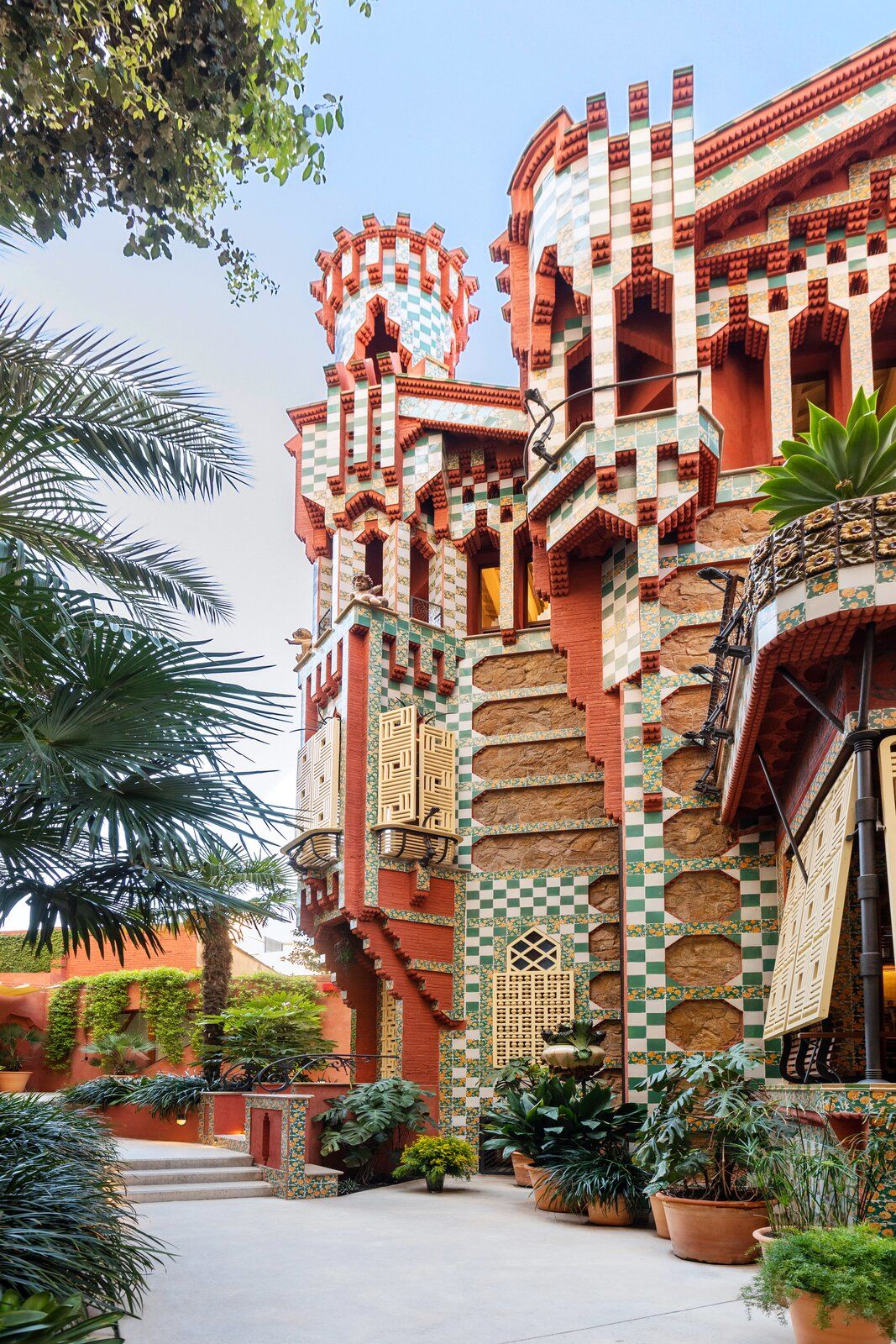 "In Casa Vicens, Gaudí recreated the figurative worlds that were fashionable at the time, but in a highly personal way," the team of architects stated in a previous interview. "As a whole, [the building] heralds and displays the creative freedom that would become the hallmark of his entire future oeuvre."