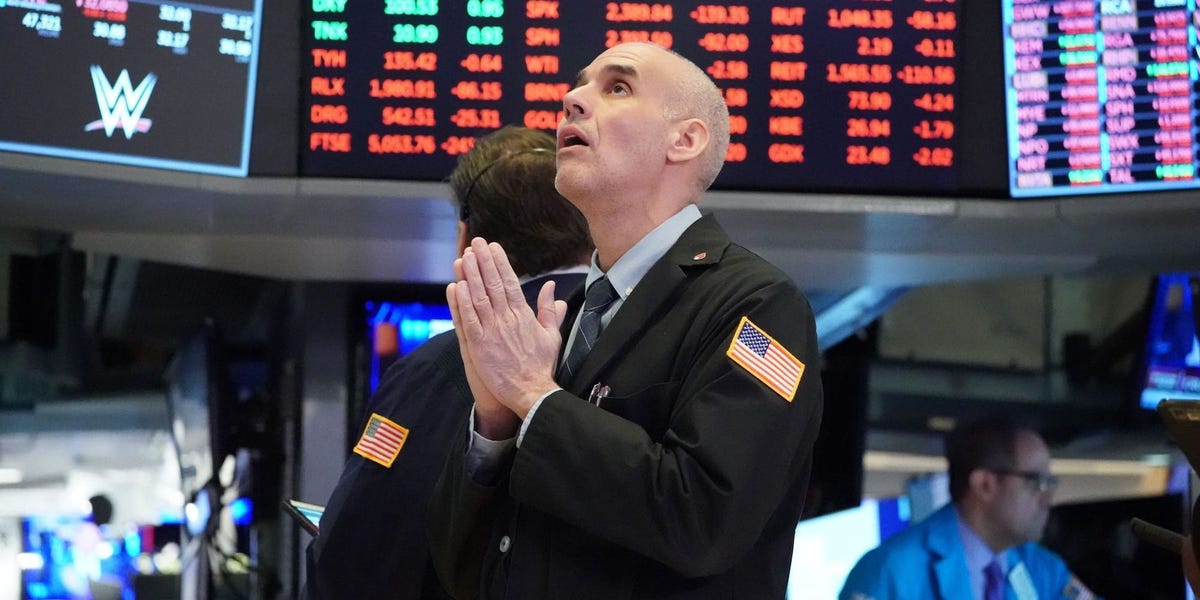 Apple is key to determining whether the stock market can sustain a rally into year-end, Fairlead Strategies' Katie Stockton says

At a current $2.3 trillion valuation, the iPhone maker represents about 7% and 13% of the S&P 500 and Nasdaq 100, respectively.
The sustainability and likelihood of a year-end rally in the stock market hinges on the performance of Apple, Fairlead Strategies' Katie Stockton said in a Wednesday note to clients.

With the stock market on the verge of entering its best performing period on a seasonal basis, a continued relief rally is on the table.

"Short-term overbought conditions have returned for the major indices, but we think they will be absorbed via consolidation this week before another extension higher next week," Stockton said.

Part of Stockton's confidence is derived from data from the Stock Trader's Almanac that shows stocks usually finish the Thanksgiving week higher. But Apple could spoil those potential gains if it doesn't hold up.

That's because the iPhone maker, at a current $2.3 trillion valuation, represents about 7% and 13% of the S&P 500 and Nasdaq 100, respectively. "Apple may hold clues as to the strength of the relief rally," Stockton said.

In the short-term, Apple has demonstrated positive momentum, but it's starting to push up against a range of resistance between $155 and $156. That range coincides with its falling 200-day moving average, so it will take a decent amount of buying pressure for Apple to overcome those levels.

"A breakout would likely foster a greater relief rally given Apple's influence on the major indices and sentiment," Stockton said. If Apple does manage to break above $156, the next resistance level Stockton is monitoring is $170, which represents potential upside of 14% from its current level of $149.18.

For the broader market, Stockton is watching the 4,050 area on the S&P 500 to determine if its 14% rally off the mid-October low will hold. If the S&P 500 can't break above that level, traders should be ready for more downside risk ahead.