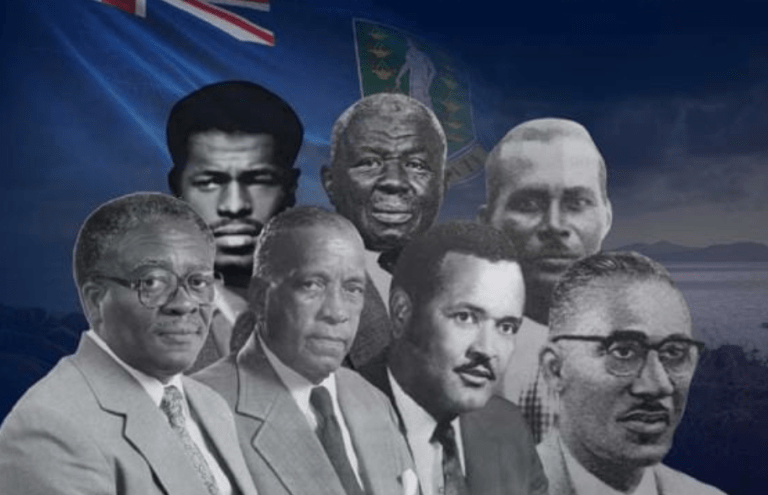 Are women not worthy of national recognition in BVI?

Radio talk show host Claude Skelton Cline has called on the territory’s leaders to ensure that women are highlighted in conversations about stalwarts who’ve contributed to the advancement of the BVI.
Skelton Cline referred to the official government poster that was used to promote National Heroes and Foreparents Day on October 17 and pointed out that only outstanding men were featured on the poster. He said this should be corrected as many local women have played a role in developing the BVI.

“There is a myriad of women-living history, recent history, distant history. We don’t always have a photograph — but someone like Pereen Georges, someone like her should be on these kinds of flyers we put out publicly,” Skelton Cline argued.

He continued: “You have the Honourable Eileen Parsons, Honourable Deloris Christopher, the first female political candidate Millicent Mercer. Dorothy Turnbull, Precious — the slave who testified in the trial of Author Hodge.”

Skelton Cline called on leaders and the public to stand against gender inequality, adding that women sometimes play a role in marginalizing their own gender.

“On the first Heroes & Forefathers day, we begged for women to be recognised. The name was then changed to ‘Heroes & Foreparents Day’. Here we are two celebrations later, still begging that our women be recognised. Do we get it or not?! Or do we only respond to pressure?
Who has time for the continued disrespect?” Rosan said in a Facebook post.

Territorial At-Large Representative Shereen Flax-Charles also criticised the lack of female representation on the official graphic used for the public holiday, calling it a “blatant exclusion of women.”
#Facebook