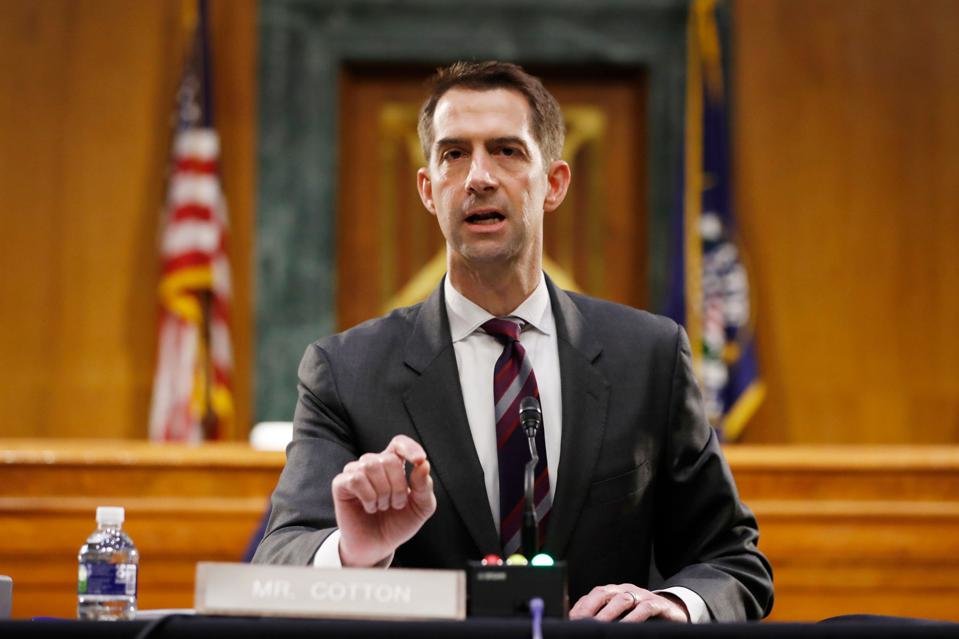 Sen. Tom Cotton (R-Ark.) said in a newspaper interview that the Founding Fathers of the United States viewed slavery as "the necessary evil upon which the union was built," as he sought to promote a bill he has introduced that would defund schools that teach The New York Times' controversial 1619 Project, about American slavery history.
"We have to study the history of slavery and its role and impact on the development of our country because otherwise we can't understand our country," the BBC quoted Senator Tom Cotton as saying in an interview to The Arkansas Democrat-Gazette newspaper on Sunday.

Cotton told the newspaper that he rejected the idea that the US was a systemically racist country to its core, adding that he was introducing legislation to ban federal funds for a project by the New York Times newspaper, aimed at revising the historical view of slavery.

On July 23, Senator Cotton introduced the Saving American History Act, aimed at stopping funding for '1619', the initiative which bases US history teaching around the first arrivals of slave ships in the US in August of that year.

The project won the Pulitzer prize for commentary for its founder, the New York Times journalist Nicole Hannah-Jones.

Responding to Senator Cotton's legislation, Hannah-Jones tweeted that if slavery was justified as a means to an end, anything else could be too, the BBC reported.

The article was widely criticised and the newspaper later apologised, saying the piece fell below its editorial standards.

The development comes amid the rise of the Black Lives Matter movement following the death of George Floyd, an unarmed black man, in Minnesota in May which has sparked huge protests across the US against police brutality and racism, said the BBC report.