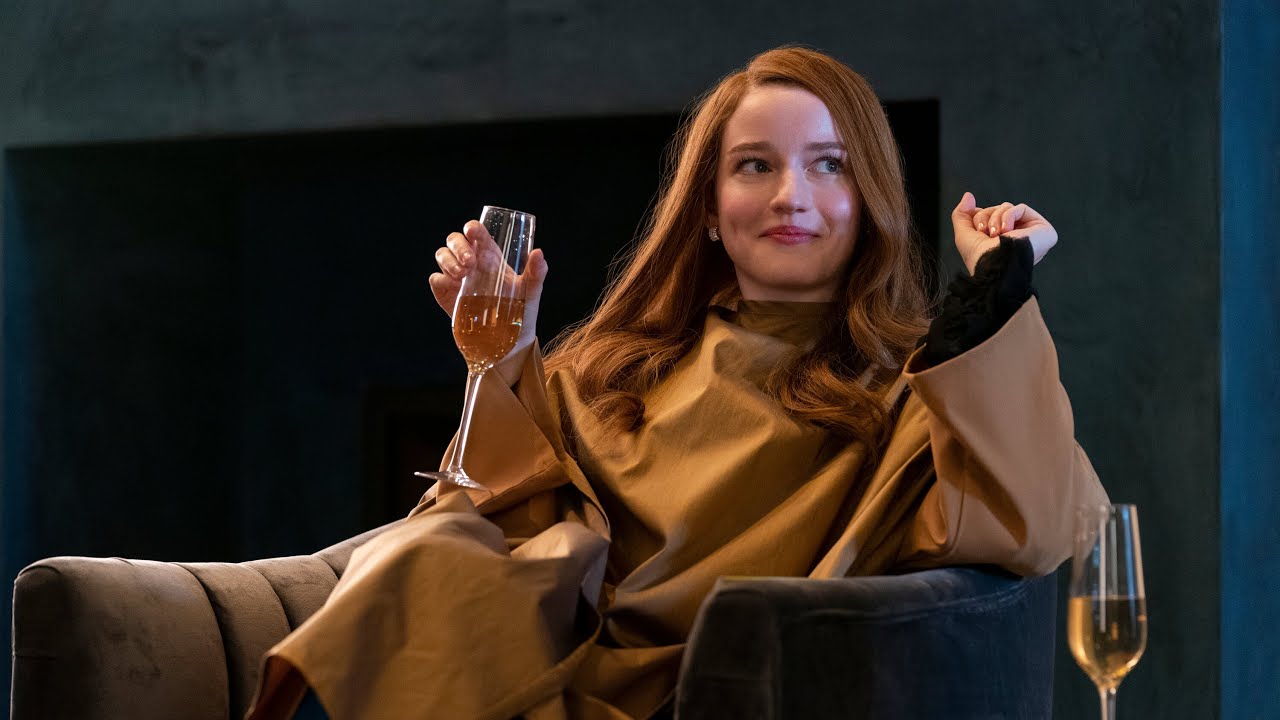 Anna Sorokin, the 31-year-old scammer who pretended to be a german heiress named Anna Delvey and inspired the Netflix show Inventing Anna, was released from ICE detention on Friday.

Sorokin had been held in the Orange County jail in upstate New York for more than 17 months after being detained for overstaying her visa last year.

Sorokin, who is still facing possible deportation to Germany, will now be residing in New York City under 24-hour home confinement while the deportation case continues, per the court ruling.

On top of that, Sorokin must not use social media and was required to post a $10,000 bond, the Daily Beast reported. 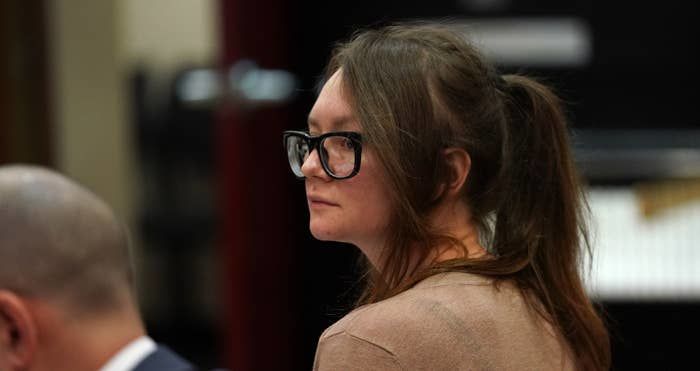 Born in Russia, Sorokin moved to Germany at 16 and was a college dropout. After interning with a fashion magazine in Paris, Sorokin made her way to New York in 2013 and, over the next few years, managed to swindle $275,000 from hotels, restaurants, banks, and people by pretending to be a German heiress with a hefty $60 million trust fund.

Living in some of New York’s most expensive hotels for months at a time, Sorokin racked up huge bills for rooms and restaurants. She would promise payment via wire transfers that would never end up arriving.

On top of that, Sorokin used fraudulent bank documents in an attempt to get $22 million in loans from City National Bank and Fortress Investment Group to open a social club similar to that of Soho House, named the "Anna Delvey Foundation." Sorokin secured a $100,000 loan after convincing a City National Bank representative to let her overdraft her account.

The scams came to light in the summer of 2018 when stories of her scheme were published in Vanity Fair and New York Magazine.

In the Vanity Fair story, her former friend Rachel DeLoache Williams, a former photo editor of the magazine, wrote about her experience with Sorokin.

Williams detailed how she and Sorokin met at a Manhattan nightclub and how the Sorokin would frequently take her out to glamorous dinners, drinks in hotel bars, visits to a personal trainer, and trips to the sauna and always paid the bill. 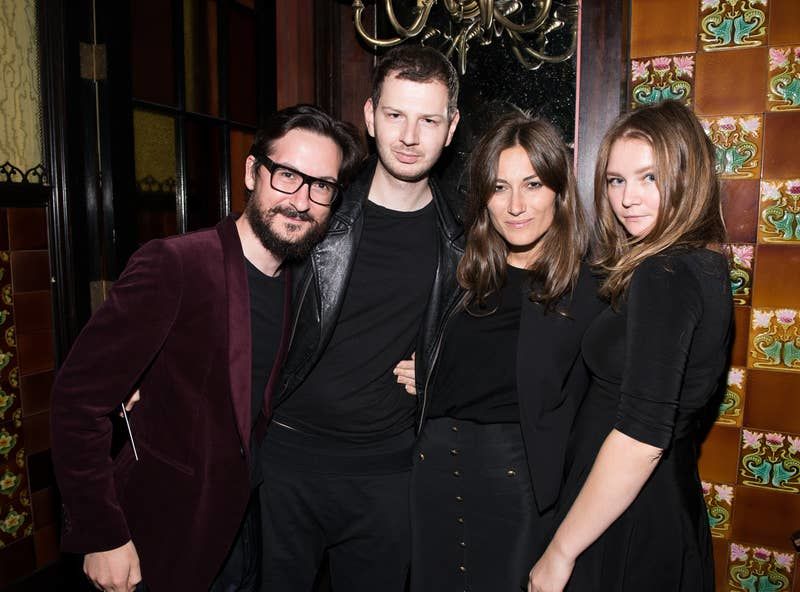 Anna Delvey, on the right, attends the first Tumblr Fashion Honor at The Jane Hotel on September 9, 2014 in New York, United States. 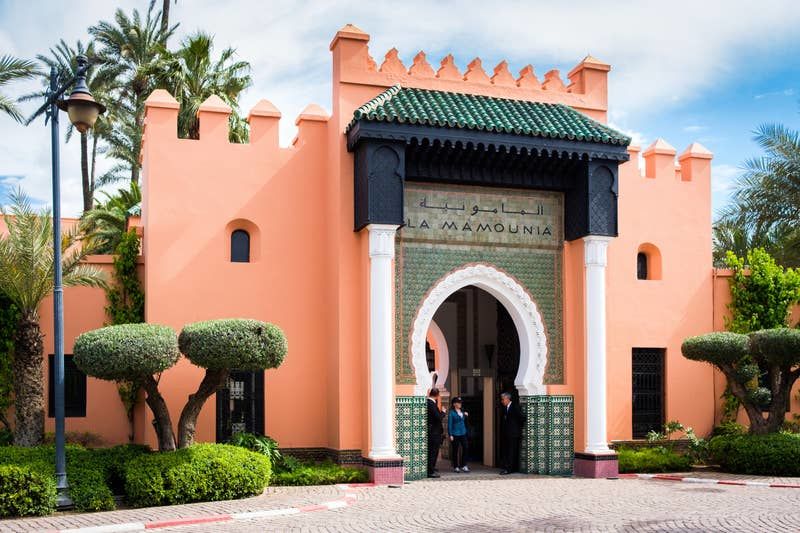 Williams assumed Sorokin would cover the cost of the rooms, but her card got declined. Sorokin then convinced Williams to put it on her own card, saying she'd pay her back. Months later, the money never came, so Williams went to the police.

In 2019, Sorokin was convicted of eight charges, including attempted grand larceny for attempting to obtain a $22 million loan from a bank.

During her trial, Sorokin’s courthouse looks became a hot topic, as the con artist chose to be dressed by celebrity stylist Anastasia Walker. The Instagram page @AnnaDelveryCourtLooks documented and posted her outfits for each day of the trial.

Sorokin was eventually sentenced to four to twelve years behind bars. She ended up serving around four years in New York State prison and was released in 2021 on parole for good behavior. But, six weeks later, she was arrested by immigration authorities for overstaying her visa.

Earlier this year, Netflix released Inventing Anna, produced by Shonda Rhimes, which is based on the 2018 viral New York Magazine article about Sorokin’s scam. Sorokin was paid $320,000 for the rights to her story and used the money to pay back several people she still owed, as well as legal fees. 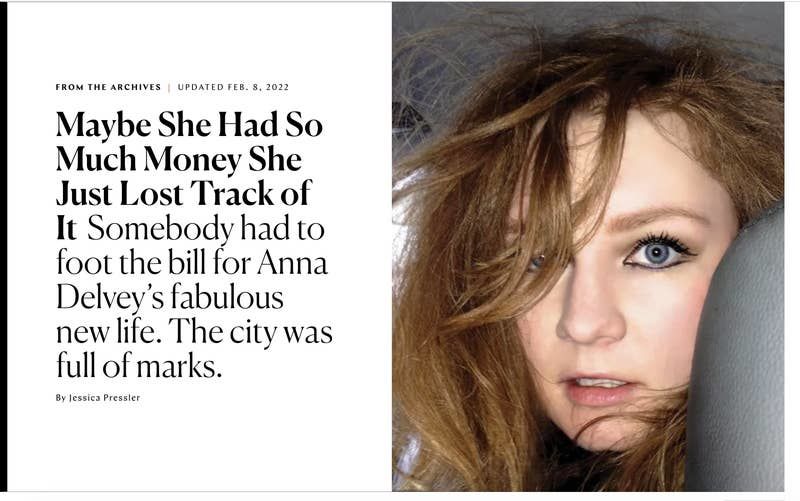 Sorokin became an ever bigger celebrity after the show's release, with her Instagram account gaining traction and her following growing to over 600,000 from 150,000 before the show aired. She currently has 1 million followers, although now she can't engage with them for the time being.

In response to the show, while still in custody, Sorokin was interviewed by Cosmopolitan about her thoughts on her portrayal.

"I don't think I ordered people around so much," she told the magazine.

Sorokin also did a virtual podcast with Call Her Daddy’s Alex Cooper in 2022, where she spilled her thoughts on everything from the Netflix show to her case.

“I don’t know, I wasn’t doing anything super crazy. I feel like there are just people who were spending way more money than I did,” Sorokin said on the podcast. She went on to reveal that while at Rikers Island, the correctional facility where she spend two years before her jury conviction, she paid someone to avoid doing her laundry for her to avoid having to handwash it herself.

In response to being asked if she considered herself a con artist, Sorokin responded, “Absolutely not," but then, later in the podcast, admitted that she lied about her family's background.

"I guess I did, I mean, I cannot recall the exact instance, but I'm sure I did," she said. 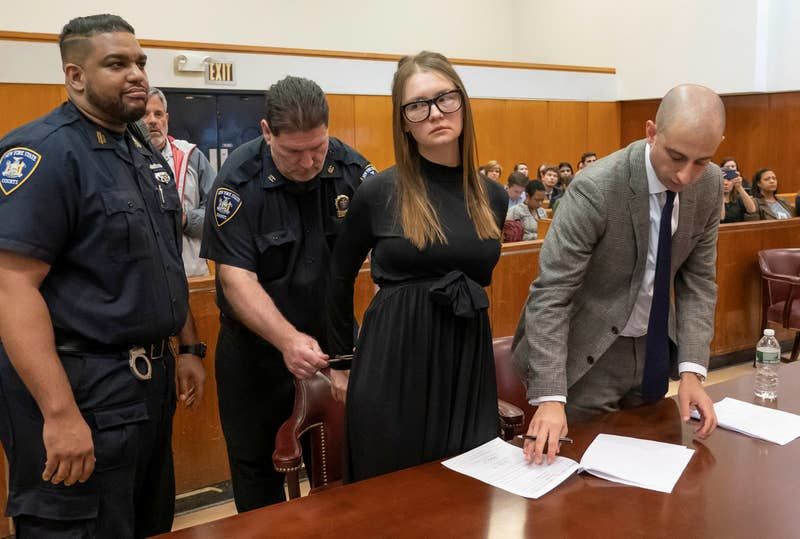 Anna Sorokin, who a New York jury convicted of swindling more than $200,000 from banks and people, reacts during her sentencing at Manhattan State Supreme Court New York, U.S., May 9, 2019.

In May, Sorokin (who still remained in custody) virtually hosted an art show at the Public Hotel in New York. The exhibition was titled "Allegedly" and featured artwork she had made while detained.

Later in the summer, in an interview with NBC News, Sorokin admitted that what she did was unethical, adding that she "would not encourage anybody else to follow my footsteps."

Most recently, Rachel DeLoache Williams, Sorokin’s former friend, who wrote the Vanity fair op-ed, filed a lawsuit against Netflix in August, claiming that the show defamed her by portraying her as greedy, snobbish, and disloyal, among other things. The lawsuit seeks damages from Netflix.