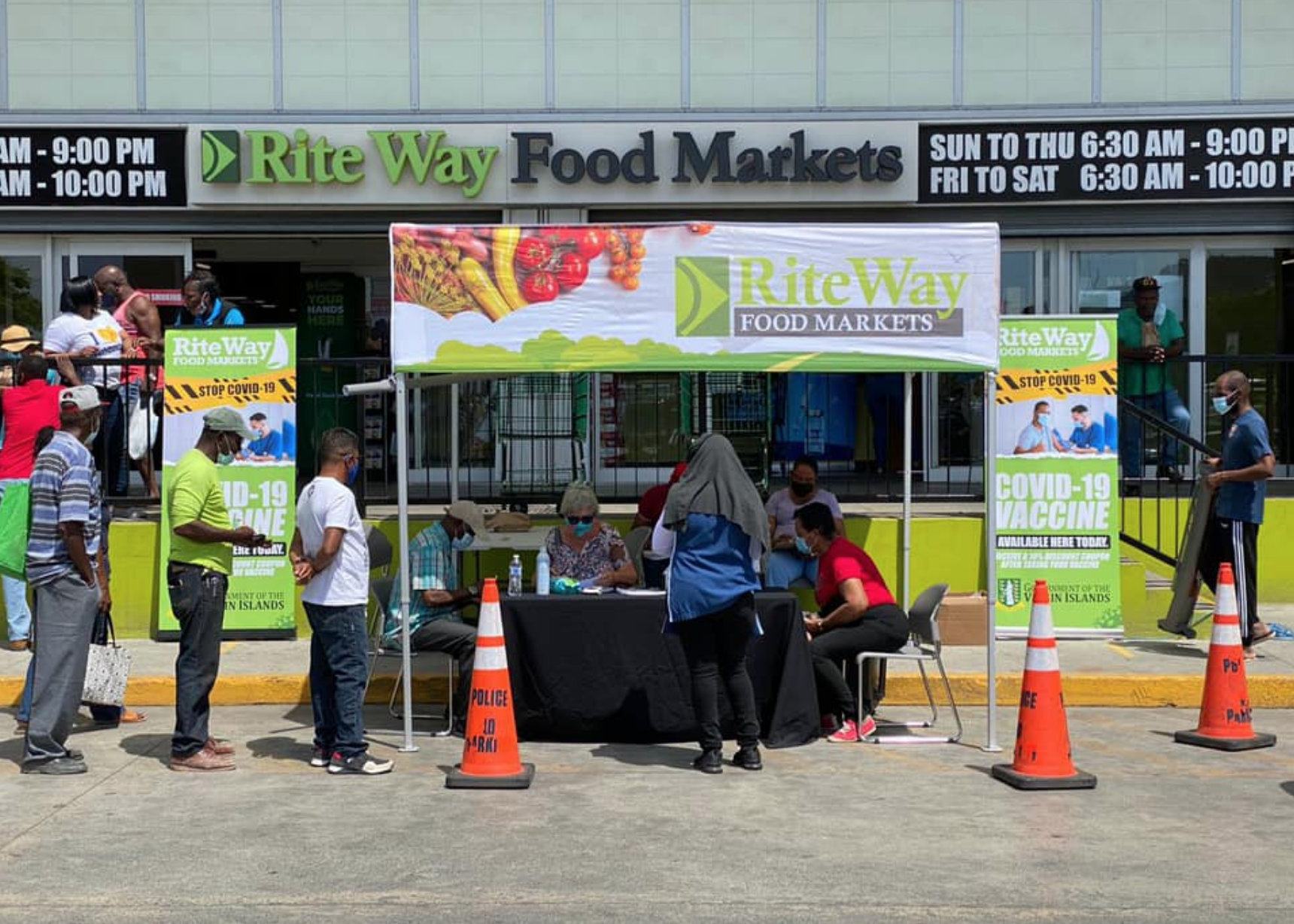 After cases of Covid-19 recently spiked to their highest level in months before again receding to 10 as of yesterday,Virgin Islands leaders are forging ahead with plans to ease restrictions and reboot the tourism economy.

International ferry trips to and from St. Thomas are scheduled to resume today, the land-based curfew has been entirely lifted for the first time in a year, and Premier Andrew Fahie has stated that even if the VI is unable to reach herd immunity, which health officials said could be accomplished by 70-80 percent of the population becoming vaccinated, the territory will fully reopen by June.

The premier, however, has provided few details about this goal, and neither he nor Health and Social Development Minister Carvin Malone responded to interview requests from the Beacon.

Mr. Fahie did, however, say Tuesday in an interview with 284 Media that his administration is considering shortening the quarantine period for vaccinated travelers to one or two days while their test results are processed.

Even if the government does roll back travel restrictions, he indicated that current public health practices, such as wearing masks and maintaining social distance, must still be followed by all.

With seaports scheduled to reopen today to St.Thomas ferries, the territory is taking a step towards a return to pre-pandemic life, though it is not yet clear what effect this will have in kick-starting the depressed tourism economy, as ferry operations are currently limited to avoid a spike in infections.

For now, only one return and one departure ferry trip will run each day, and ticket prices have risen sharply.

Rather than paying about $60 for a round-trip ticket as they did before the pandemic, passengers now must pay $100 each way.

Before boarding the ferry in St. Thomas, travellers coming into the VI will have their temperature taken, and they must produce their BVI Gateway travel certificate (which they can obtain by logging on to bvigateway.bviaa.com); their passport; and a copy of a negative PCR test taken at least five days earlier, according to a Sunday post on the BVI Ports Authority’s Facebook page.

Once they arrive at the Road Town jetty, travellers will undergo a process similar to the one for passengers who land at the airport: After disembarking the ferry, they will enter an arrival lounge and take a “day zero” PCR test; then they will receive a tracking device, go through customs, and take a taxi to their quarantine facility, according to the BVIPA.

Preparing for international ferry passengers isn’t the only way the territory has been inching back towards normality over the past week.

During a livestreamed address last Thursday, Mr. Fahie announced that the land-based curfew has been fully lifted for the first time since March 25, 2020, when government imposed it after the territory recorded the first two cases of Covid-19 here.

A curfew remains for boats, but that also has been shortened.

Vessels must now be off the water from 12:30 a.m. until 5 a.m., according to the new public health order Gazetted last Thursday.

Amid the recent pushes for a return to pre-pandemic life, health officials are continuing with their efforts to vaccinate the public, opening a new vaccine centre at Save the Seed Energy Centre on Sunday and administering jabs at the BVI Red Cross Men’s Health Fair on Friday and Saturday at Cedar International School.

Regardless of the campaign by government and businesses to inoculate residents, it appears that since February, the number of jabs given is on a sustained decline.

As of Tuesday,1,299 vaccines had been administered this month, bringing the total to 9,153, Medical Officer Dr. Ronald Georges told the Beacon yesterday.

“Persons who wanted to be vaccinated have largely gone to be vaccinated already, so now we are at the point of persons with varying degrees of hesitancy,” Dr. Georges said in aWhatsApp message.

Meanwhile, the safety of multiple vaccines, including the AstraZeneca type being administered in the territory, has recently come into question, with rare cases of blood clotting being reported by people who have taken the AstraZeneca jab.

Earlier this month, European health officials said that as of April 4, they had received reports of 222 cases of the blood-clotting problem in Britain and the European Economic Area, which includes the EU plus Iceland, Norway and Liechtenstein, while 34 million people had received the vaccine in those countries, The New York Times reported on Saturday.

According to the health officials, the blood clotting problem was appearing at a rate of about one in 100,000 recipients, theTimes reported.

As of March 22, European health officials conducted detailed studies on 86 cases of the blood clotting problem, 18 of which had been fatal, according to theTimes.

But while the European Medicines Agency has concluded that there is a possibility of very rare cases of blood clots occurring within two weeks of receiving the jab, EMA Executive Director Emer Cooke insisted that the benefits of the vaccine — including protection from the potentially deadly Covid-19 —“outweigh the risk of side effects,” the BBC reported last Thursday.

Though the UK’s Joint Committee on Vaccination and Immunisation recommends that alternative vaccines be given to people aged 18-29 where available, no such alternative is available in the VI due to constraints with travel and storage, according to a post last Thursday on the Governor’s Office’s Twitter page.

“The UK’s regulatory body has confirmed that the vaccine is safe, effective and has saved thousands of lives,” the office stated. “The advice remains for people in the BVI to take up the AstraZeneca vaccine, and to do so before hurricane season.”

Cases in the VI

Early last week, known active Covid-19 cases in the VI were at 18, but they have since started to trend down again.

He added that one patient was hospitalised with mild symptoms, and one asymptomatic case — who has since “cleared the virus” — had been traced back to the March 27 funeral attended by a Covid-19-positive mourner.