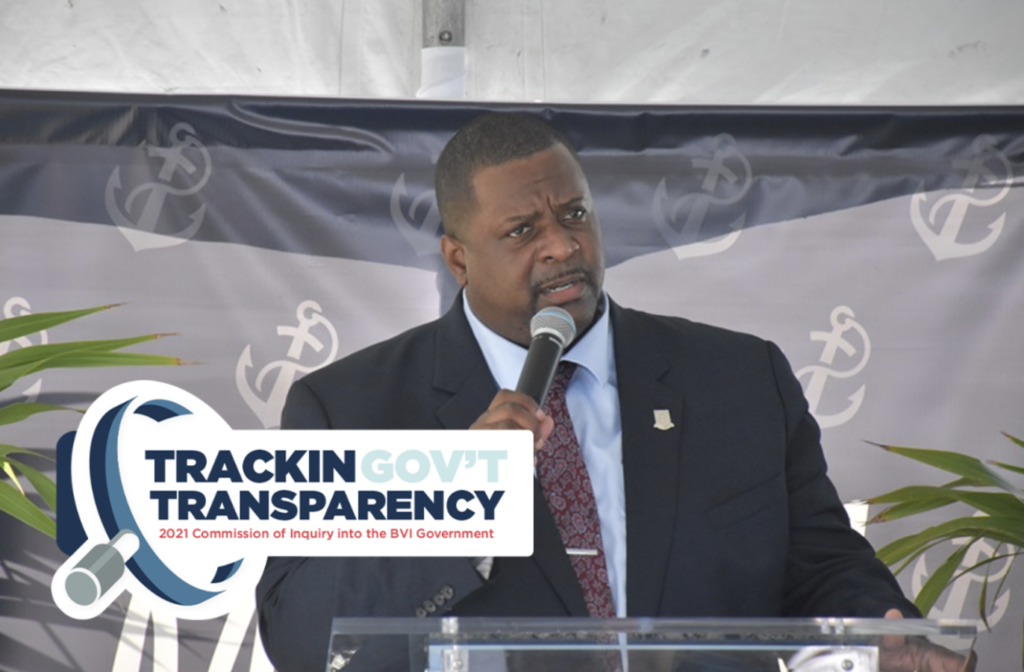 Premier Andrew Fahie has said a breakdown in the relationship between his government and former Governor Augustus Jaspert’s office is partly why a Commission of Inquiry was launched in the territory.

Premier admitted to this deteriorated relationship while addressing the House of Assembly on Tuesday.

He said: “I believe this (COI announcement) may have been driven in part by unfortunate and sometimes personalised political disagreements between the elected and the unelected arms of the government and by a breakdown in the relationship of trust between them.”

The leader of government business is now hoping for better with the current Governor, John Rankin.

“There exists cautious hope that the relationship can be repaired, now that the latter (the Governor’s Office) is under new management,” Fahie stated.

COI does not reciprocate information

The Premier also said while the government continues to be fully supportive of requests made by the COI, the investigators – to date – have been limited in giving information requested by elected leaders.

He said the government still doesn’t know the focus of the Commissioner’s interest and has therefore been unable to assist in providing any additional material or contextual information.

Aside from the documents the Inquiry Response Unit (IRU) has given to the COI, the government doesn’t know if investigators have asked other agencies for additional information to support the probe.

Premier Fahie also said the COI has placed a burden on public officers, some of whom have worked overtime to ensure they submit requested documents on time.

“I am aware that the demands of the COI have placed a heavy burden on ministries, departments, statutory bodies and the public service. I know there have been occasions where public officers have worked long hours — including weekends — to accommodate the Inquiry’s timetable. The timetable invariably requires that each of its requests for information should be answered within five working days,” Premier Fahie explained.

He detailed the scale of the task in recent weeks, explaining that, to date, the IRU had responded to 51 requests for information and disclosed 3,977 official documents to the COI. These documents have a combined total of 72,902 pages.