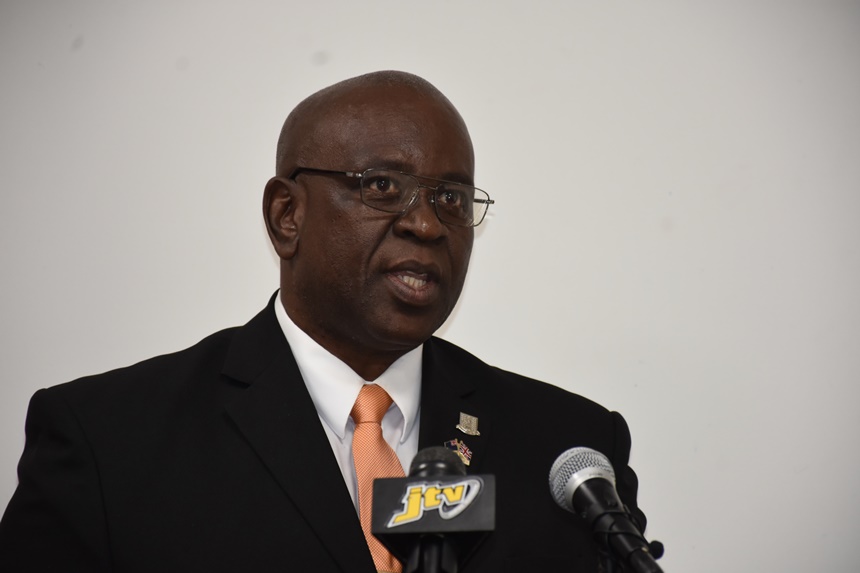 Health Minister Carvin Malone has told the Environmental Health Division that it needs to ‘beef up’ its staff in order to properly address the rapidly escalating COVID-19 cases in the territory.

In an effort to address the spread of virus, the Minister announced in a Facebook live broadcast late Friday that crowd sizes would now be restricted to 100 persons.

The Cabinet is expected to meet sometime today with health officials to determine the way forward as cases continue to rise in the territory.

But in the interim, Malone said, “We have asked the Environmental Health Department to have additional staff. Beef up your staff even more, so that those businesses who are intent on having the particular crowd sizes violated, we would bring whether it’s $5,000 or $10,000 fines to play immediately.”

Minister Malone said if the current situation were to get ‘out of hand’, government officials will have no choice but to take further measures.

Malone also disclosed that there are now only two public health officials dedicated to doing contact tracing, since other members of the team have been diagnosed with COVID-19.

The Health Minister said government offices continue to be challenged and have either resorted to closing their doors or having reduced staffing.

Some government offices have also been offering virtual services where possible.

The Minister bemoaned the fact that all the support systems around the government have been affected by the current surge in cases.

We will ticket persons who break the law

Meanwhile, Malone said the government is intent on ticketing persons who continue to flout existing protocols such as mask-wearing.

He reiterated that persons are expected to maintain a distance of six feet from others and said his phone number will be inaccessible to those who have been ticketed or fined.

“We are encouraging everyone to stay at home, this is a period where we have to break this transmission,” the Health Minister said.

He continued: “If you have no other particular cause other than work, supermarket, doctors, we are asking you to stay at home, stay within your confines so that we can break this transmission.”