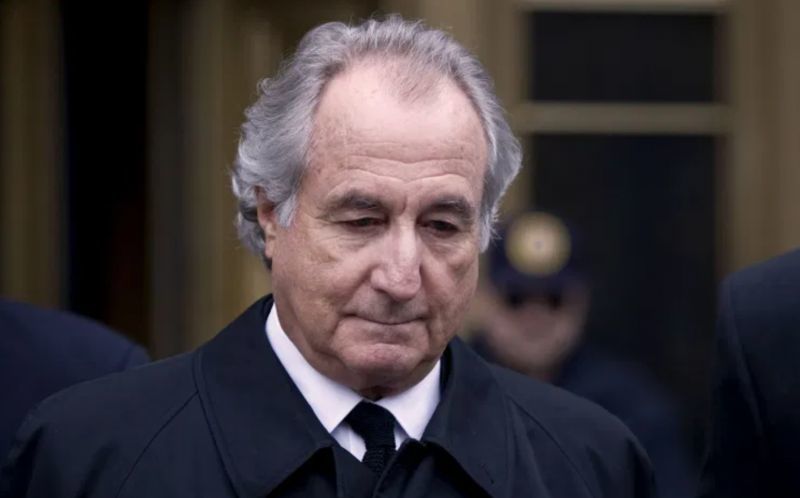 Bernard L. Madoff, the Manhattan investment adviser who promised stellar returns to his A-list clients and instead defrauded them of more than $19 billion in history’s largest Ponzi scheme, has died. He was 82.
His death was confirmed by the New York law firm of Brandon Sample, Madoff’s attorney. Madoff’s home since July 2009 was the Butner Federal Correctional Complex in Butner, North Carolina, where he was serving a 150-year term. He requested compassionate early release, citing end-stage kidney disease, in February 2020.

Like Charles Ponzi, whose 1920 con earned him a place in the annals of crime, Madoff seemed to deliver stunning returns to his clients, when in fact he was paying existing investors with money from new ones.

Unlike Ponzi, who soared and fell in the course of one year, Madoff achieved a level of respect and acclaim among finance professionals — he was chairman of the Nasdaq Stock Market in 1990, 1991 and 1993 – and kept his ruse going for at least 15 years, even under the gaze of regulators who visited his office to inspect his records.

His thousands of clients entrusted him with more than $19 billion in principal and were led to believe, through fake statements and trade confirmations, that they had almost $65 billion among them in their accounts. Irving Picard, the trustee appointed to unwind the accounts, had recovered more than $14.4 billion to partially reimburse clients who lost money.

Contributing to Madoff’s facade was the existence of legitimate businesses alongside the fraudulent one at his firm, Bernard L. Madoff Investment Securities LLC.

The company’s market-making and proprietary-trading units, run by his sons and brother, occupied the 18th and 19th floors of the red, cylindrical Lipstick Building in Midtown Manhattan. Madoff’s 17th-floor office, where the fraud was run, was off-limits to most employees.

With his promise to deliver steady returns through markets bullish and bearish, Madoff built such a sterling reputation that he had to turn some prospective investors away. He owned homes in Manhattan and Montauk in New York state, Palm Beach in Florida, and Cap d’Antibes on the French Riviera. He sailed on a yacht called “Bull” and lavished jewelry on his wife, Ruth.