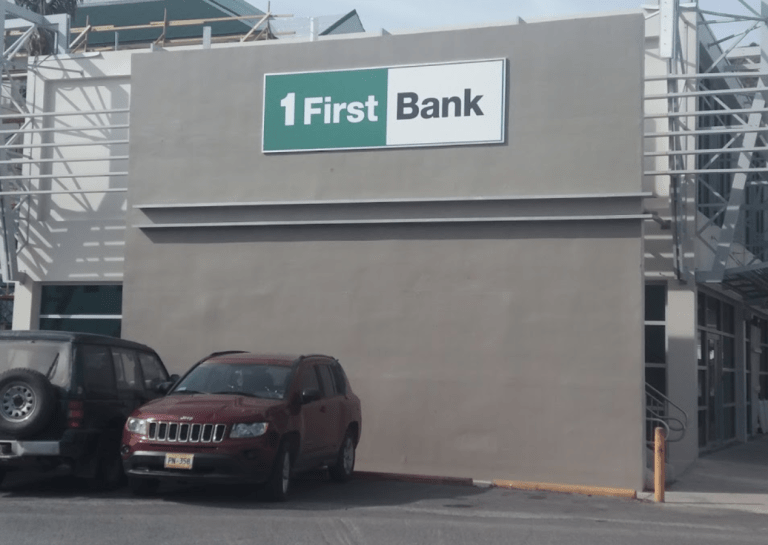 The High Court has ruled against local businessman and hotelier, Betteto Frett, in a suit he brought against FirstBank in relation to several unpaid loans.
According to the court document seen by BVI News, Frett borrowed some $6.7 million from FirstBank in March 2012 under three loan agreements — all of which were repayable by April 2019. All of the loans were reportedly charged on land he held in Road Town and West End.

But following hurricane Irma in 2017, the properties sustained damage and Frett ceased to make loan payments. While the bank received insurance monies, only some of this was advanced to Frett, while a portion was held back.

The court heard that Frett wished to redevelop the Road Town property into a hotel and he claimed that while FirstBank was initially willing to advance a loan for this purpose, the bank later refused, thereby causing him damage. Frett also alleged that FirstBank underinsured the two properties.

Frett filed a claim against the bank for damages and to prevent the institution from selling the properties under the terms of its charge.

The bank in turn counterclaimed for monies due under the loans and for consequential relief under the bank’s power of sale of the properties.

It was noted that FirstBank took out insurance with Nagico which Frett used, and while Frett asserted that he kept up the insurance throughout up until June 2014, it was found that there were periods where he had not paid the premiums on time and the insurance had lapsed temporarily.

This fact, coupled with an uninsured loss by fire on an adjacent building, caused FirstBank to take over the payment of the insurance. The court revealed that Frett was aware of this and pointed out that the bank granted Frett a $72,000 loan in August 2016 to regularise the bank’s payment of the insurance which was due in 2016–2017.

After Irma, both the government and a jewellery store — tenants which previously occupied his Road Town property — vacated the premises and Frett ceased to service the loans from FirstBank. No payments were recorded since September 2017 while insurance payments totalling some $2,398,067 were made to the bank by Nagico between January and April 2018.

Frett then decided to convert the Road Town property into a 3-star hotel which would have a reception and 20 bedrooms on the first floor, while the second and third floors would each have 17 bedrooms. At one point, consideration was even given to having a bar on the roof and a swimming pool, but these were later abandoned.

It was related that at no point did Frett draw up specification works, nor was any attempt ever made to find a prime contractor on the project. Instead, Frett intended for himself to be the prime contractor, and also took on what would normally be the role of the contract administrator.

The only form of documentation the businessman prepared was four floor plans – everything else was effectively in his head, the court said.

The court said it found this surprising and unprofessional for what it noted was intended to be a turn-key hotel project. Frett reportedly told the court that he intended to purchase goods such as lavatories from China for the installation in the proposed hotel, but no bills of lading or other evidence of the purchase was put into evidence. The goods never reached Tortola and it is unclear whether a definite order for the goods had ever been made at all.

The court heard from several expert and lay witnesses for both parties during the trial — one of whom noticed after visiting the property that wiring was exposed and hanging from steel beams. During the inspection, employees of Frett were allegedly found to be housed at the location and living with exposed wiring. It was further related that there were only temporary doors installed in each of the living quarters.

Justice Adrian Jack noted in his ruling that, among other things, he did not find Frett to be a ‘satisfactory witness’ when he gave evidence.

“I do not think he was deliberately lying, but as a businessman, he took such a rose-tinted view of the prospects of success of his hotel project that he failed to take an objective view of the contemporaneous facts. On some matters, I had no hesitation in preferring FirstBank’s evidence.”