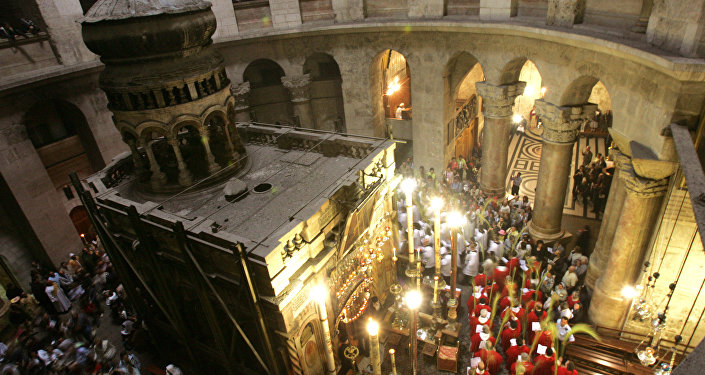 The most widely accepted burial site of Jesus Christ is the Church of the Holy Sepulchre in Jerusalem, but the location of the tomb has been disputed for centuries by archaeologists and theologians.

There are several sites in Jerusalem that have been suggested as Jesus of Nazareth's "final" resting place – the centuries-old question continues to puzzle archeologists, historians, and theologians.

The earliest accounts of Christ’s burial, dating back to the Canonical Gospels – the first four books of the New Testament – suggest Christ was buried in a rock-cut tomb belonging to Joseph of Arimathea.

A passage in Mark 15 reads:

"So Joseph bought some linen cloth, took down the body, wrapped it in linen, and placed it in a tomb cut out of rock. Then he rolled a stone against the entrance of the tomb. Mary Magdalene and Mary the mother of Joseph saw where he was laid."

For the most part, the Church of the Holy Sepulchre in the Christian Quarter of the Old City of Jerusalem in Israel is believed to have been built upon the site of Christ's burial.

​However, some believe another location known as the Garden Tomb is where Christ was buried before his resurrection.

Discovered in 1867 by a local farmer, in 1883 it was suggested that the Garden Tomb was the famous spot by General Charles George Gordon, a British Army officer who fought in the Crimean War.

'​Key to the Riddle'

According to a professor of Bible studies at Shasta Bible College and Graduate School in California, US, compelling archaeological and biblical evidence exists that could finally resolve the dispute.

"The Garden Tomb, located just outside of the Old City of Jerusalem, has also been venerated as a possible location of the empty tomb of Jesus. In fact, almost 500,000 pilgrims visit the tomb every year. But a reevaluation of the facts in accordance with Scripture prove that it is impossible that Jesus was buried in this tomb," Tom Meyer was quoted by the Express.

"Upon his arrival in Jerusalem, Gordon, without any legitimate evidence, identified the hill which the Garden Tomb is located within as Golgotha, which means “Place of the Skull”… But with increased scrutiny on the bombastic claim that the Garden Tomb and not the Church of the Holy Sepulchre is the empty tomb of Christ, the claim of Gordon falls apart,” says Professor Meyer.

According to the scientist, after a study of the Garden Tomb in 1974 by Israeli archaeologist Gabriel Barkay, it was determined that the tomb did not date back to the time of Jesus. 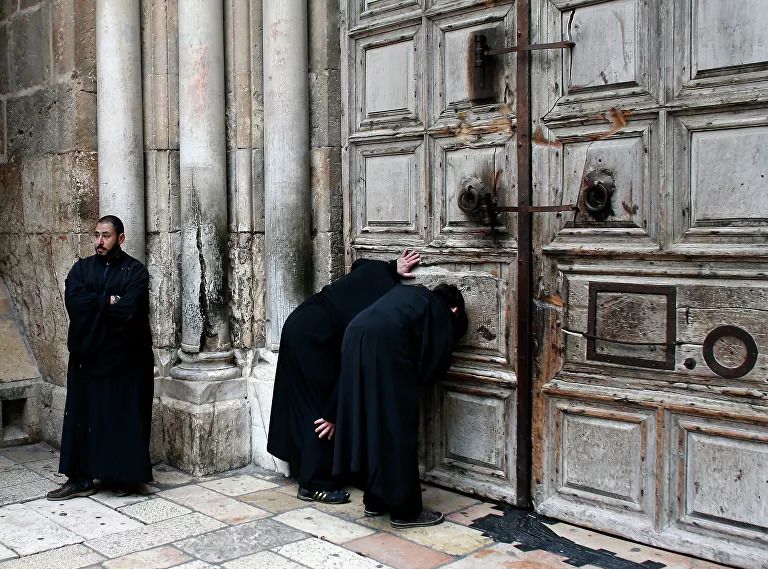 Christian Orthodox priests look through a hole in the main door of the Church of the Holy Sepulchre, before the Holy fire ceremony around Jesus' tomb, in Jerusalem’s Old City

"From the flat ceiling of the tomb, to the layout of the tomb and chambers itself, to the marks left by the tool used to chisel out the burial benches, to a closer look at the objects discovered in a small-scale dig in front of the tomb itself in 1904, every piece of evidence indicates the tomb was first used 700 to 800 years before Jesus," Meyer is quoted as saying. 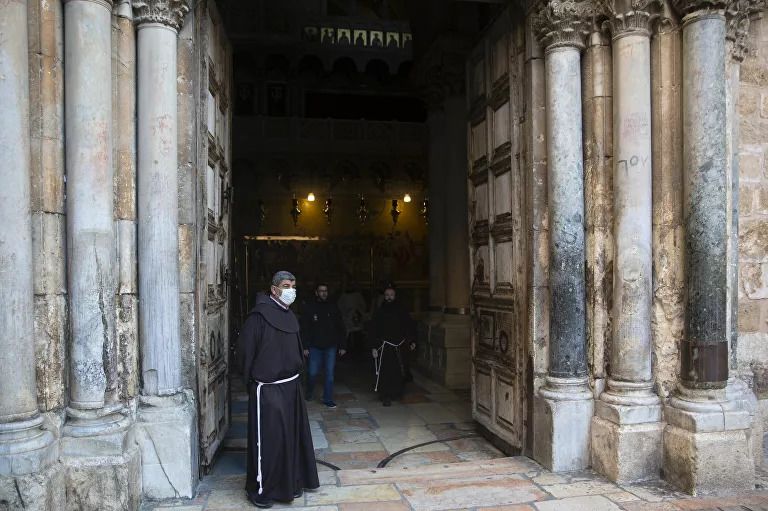 A Christian clergyman waits for the Easter Sunday Mass at the Church of the Holy Sepulchre, believed by many Christians to be the site of the crucifixion and burial of Jesus Christ, in Jerusalem's old city, Sunday, April 12, 2020.

According to the expert, the Bible clearly states that Christ was buried in a tomb that had not been used before.

Underscoring the similarity of the Garden Tomb to the tombs at the nearby St. Stephens Catholic Church, dated to the Iron Age 2 (1000 to 586 BC), Meyer said:

"The Garden Tomb was likely part of a tomb complex that stretches over into the current property owned by the Catholic Church. Not a single tomb from the time of Jesus has ever been found in the vicinity of the Garden Tomb.”

Meyer added that both the “authority of Scripture” and reexamination of the history of the tomb point to the fact that the Garden Tomb cannot be the empty tomb of Jesus.

"All the evidence points to the Church of the Holy Sepulchre as being the tomb in which Jesus rose from the dead."