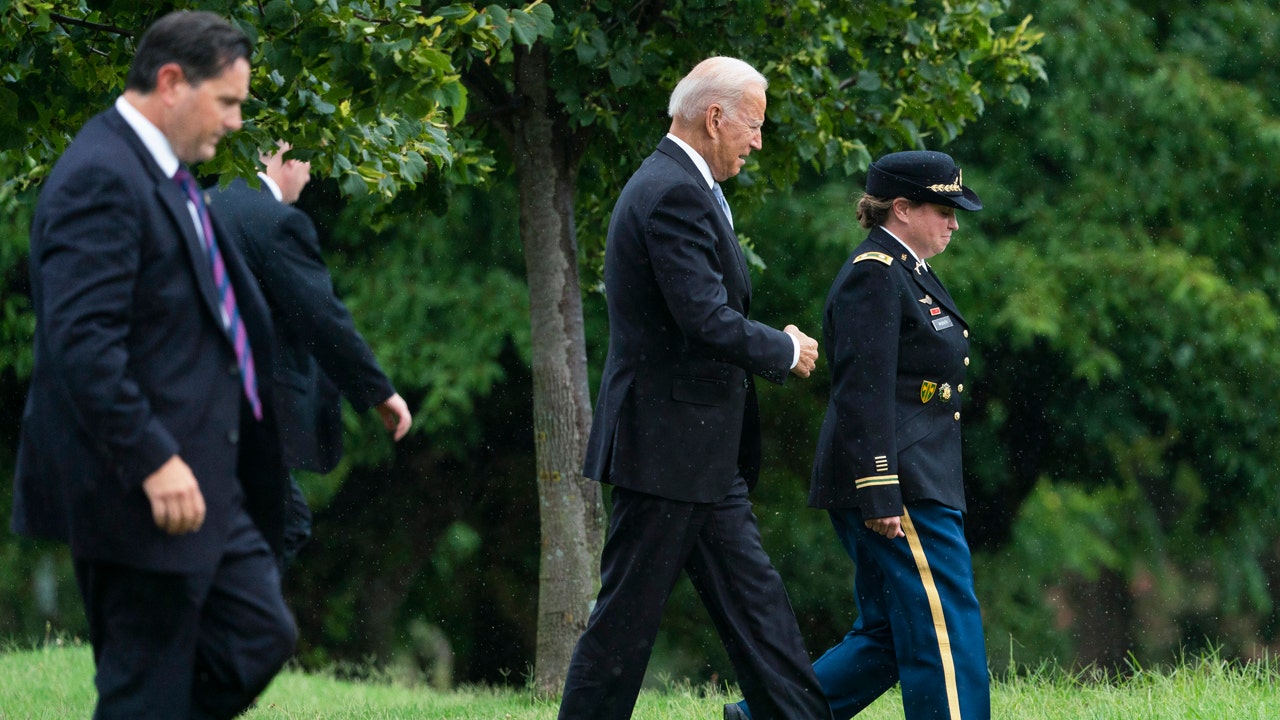 Treasury Secretary Janet Yellen and officials in the Treasury Department's Office of Foreign Assets Control made the decision, according to The Washington Post, citing two people familiar with the matter. The State Department was also involved in discussions over the weekend, with White House personnel are monitoring the developments.

"Any Central Bank assets the Afghan government have in the United States will not be made available to the Taliban," an administration official told the Post.

The move – which is designed to cut off the Taliban from billions of dollars in U.S.-based reserves – is the first in what is expected to be a number of critical decisions facing the Biden administration as they grapple with the Taliban's return to power. Afghanistan, already one of the poorest countries in the world, is heavily dependent on American aid.

Asked Tuesday what actions the U.S. intends to take to ensure the safety of women in Afghanistan, White House national security adviser Jake Sullivan said "there are obviously issues related to sanctions." He declined to elaborate further.

"I want to be able to have our team communicate directly to the Taliban both what the costs and disincentives are for certain types of action and what our expectations are," Sullivan said.

In a speech on Monday, President Biden appeared to commit to continuing to give aid to Afghanistan, saying: "We will continue to support the Afghan people. We will lead with our diplomacy, our international influence and our humanitarian aid."

The Afghan central bank had roughly $9.4 billion in reserve assets as of April, according to the International Monetary Fund – or about a third of the nation's yearly economic output. But most of that money is not held in Afghanistan, and billions sit in the U.S., the Post reported.

The Biden administration did not need new authority to freeze the reserves, because the Taliban already faced sanctions from an executive order signed after the Sept. 11 terrorist attacks, said Adam Smith, a former Obama administration official who served on the National Security Council and as senior adviser to the director of the Office of Foreign Assets Control.

About 80% of Afghanistan’s budget is funded by the U.S. and other international donors, John Sopko, the special inspector general for Afghanistan reconstruction, told Reuters in the spring.
#Afghanistan