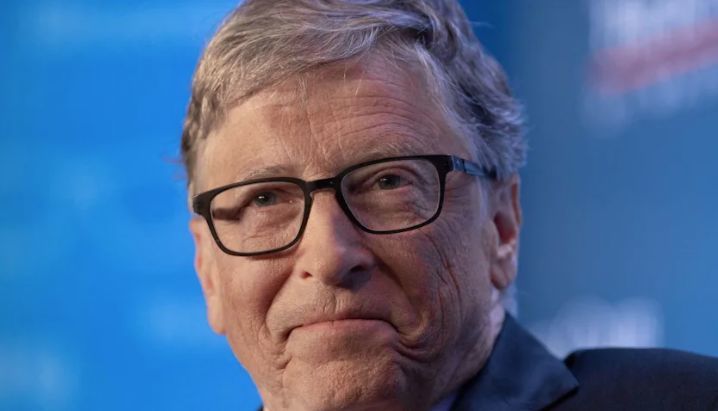 Just as quickly as it was announced, a controversial solar geoengineering experiment backed by Bill Gates has been postponed until at least 2022.
Gates and other private donors are supporting Harvard University’s Solar Geoengineering Research Program, which had planned to launch a new study based in Sweden in June researching the efficacy of blocking sunlight from reaching Earth’s surface.

The Stratospheric Controlled Perturbation Experiment (SCoPEx) aimed to see how a tiny amount of aerosol in a trial would influence the immediate surroundings. But now, Harvard says it’s delaying the study to examine the impact on Sweden itself, as well as the indigenous Sami people who live in the region.
Geoengineering is the term for technologies that try to alter Earth’s physical qualities on the largest scale possible. One example is cloud seeding, where airplanes flush clouds with particulate matter in order to coalesce into rain. Carbon capture, where emissions are taken and sequestered beneath Earth’s surface, is another major form of geoengineering.

Scientists have devised multiple ways to block sunlight from reaching Earth’s atmosphere or surface. These are gathered under the umbrella term “solar geoengineering.” The most common and studied method is to reflect sunlight away from Earth using aerosol particles in the atmosphere, but until now, this has been seen as more of a fringe idea.

SCoPEx planned a small pilot experiment, with the rationale that we need to scrutinize and consider the idea of solar geoengineering today so we don’t end up relying on a totally untested technology in the future. The SCoPEx experiment sought to release just a small amount of aerosol material into the sky in a specific location, but now, Harvard says even this must be considered in more detail and with ethical implications in mind.

The Harvard scientists had planned to launch a high-altitude balloon from Esrange Space Station in Kiruna, Sweden to “test whether it could in future carry equipment to release solar radiation-reflecting particles into the Earth’s atmosphere,” AFP reports. But late last month, a Harvard advisory committee that was set up to study the project’s ethical implications recommended pushing back the test “until a more thorough societal engagement process can be conducted to address issues related to solar geoengineering research in Sweden,” Harvard wrote.

“This will likely postpone the platform launch until 2022,” the committee said.

So what does this mean for SCoPEx, and for solar geoengineering in general? One goal of the project has always been to explore the real implications of this technology before we need it, because it’s never a good idea to launch an untested mechanism at a time of crisis. But the same factors that make solar geoengineering a radical idea make it almost impossible to test, even on the small scale.

Hopefully, the different groups involved can come to an understanding and develop a pilot experiment that more people feel is ethically sound. With everyone from investors to indigenous groups involved in the process, SCoPEx will never get off the ground without a lot of diplomacy.
#Bill Gates