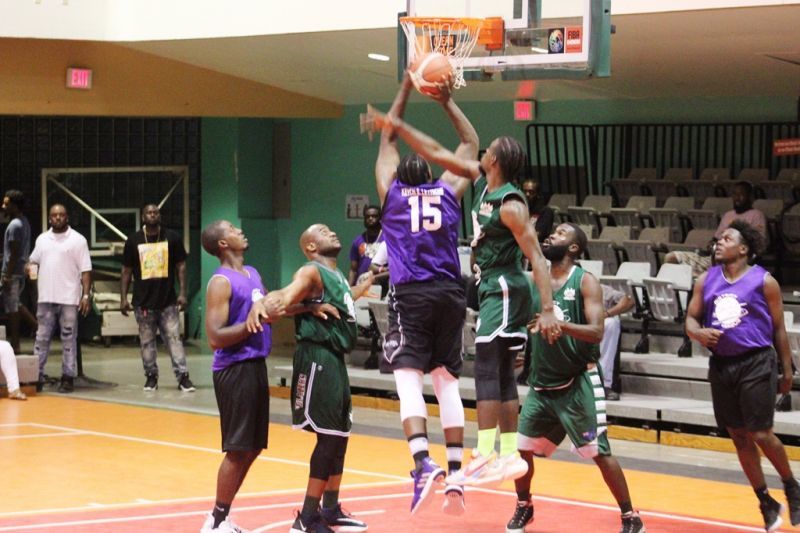 The Playoffs in both the Senior and Junior Divisions got underway at the Multi-Purpose Sports Complex on Saturday, September 11, 2021.

Jolyon Wilson led the Blazers with 22 points and 10 rebounds and Stephano Paul netted 17 points and 12 rebounds.

Kimron Telemaque and Paul Bridgewater (10 rebounds) had 16 and 14 points respectively also for the Blazers, who are now unbeaten in 10 games.

Louie Poblete top-scored for the Filipinas with 18 points while Delbert Samuel had 12 points and 12 rebounds.

In the second playoff game of the Senior Division, A’s outplayed Skillful Ballers for a 94-75 scoreline.

In the Junior Division, Z6ne bay Youths fought off the challenge of 3Ds Big Dogs 90-83.

Dameon Ottley top-scored for East Rockers 2.0 with 19 points, Drexston Gaton had 15 while Makebo Fahie, Timron Nickie and Leslee J. Smith had 12 each.

In the Junior Division playoff game, a 40-point performance from Vern Frett (10 rebounds and 9 steals) was not enough to stop Jr East Rockers from winning against Jr Mega Mix. The game ended 86-73.

Zachary Luke led East Rockers with 23 points and 20 rebounds, Deshawn Doyley had 20 points and 17 rebounds while Tcoy Tyson and Ken-Norris Pitt had 19 and 17 points respectively. 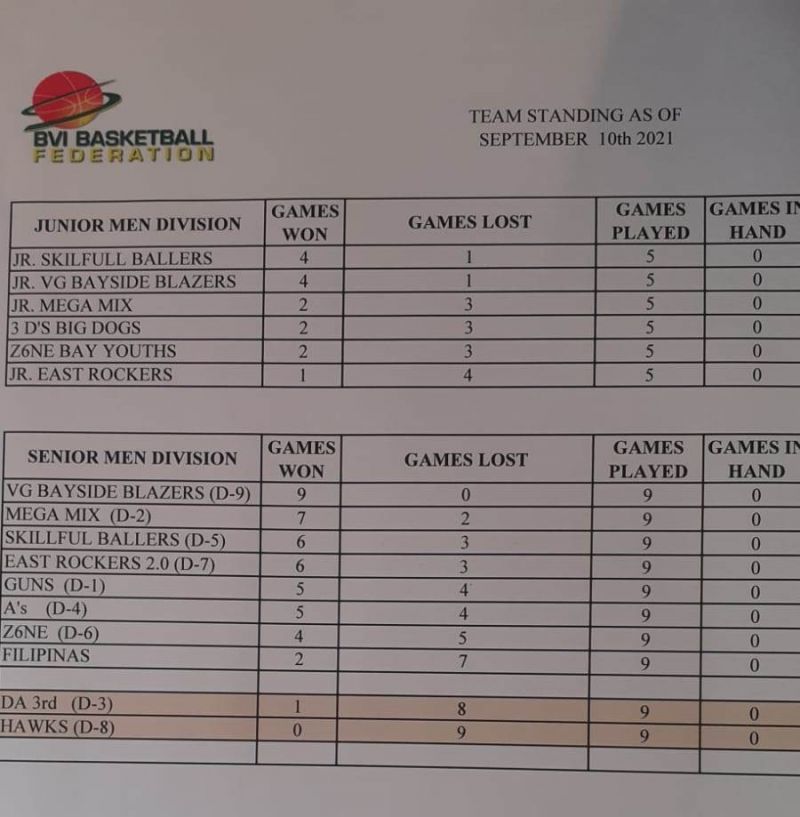 VG Bayside Blazers is the only unbeaten team in the BVIBF National 'District' League. 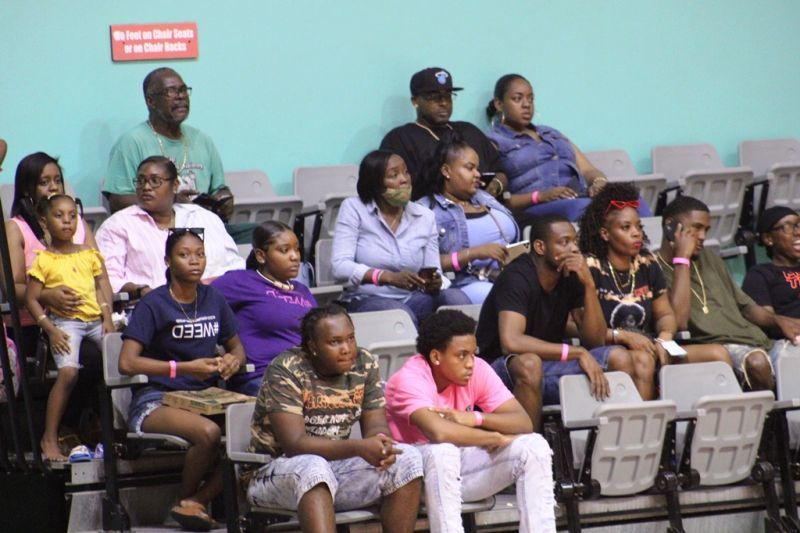 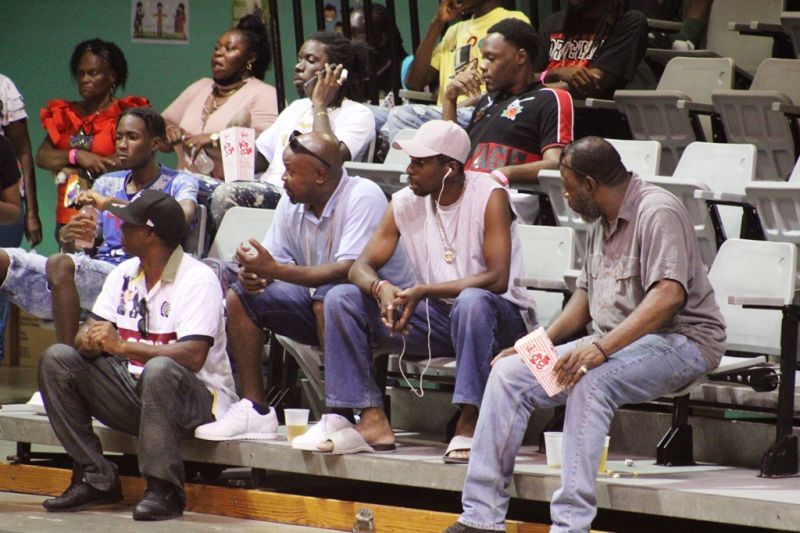