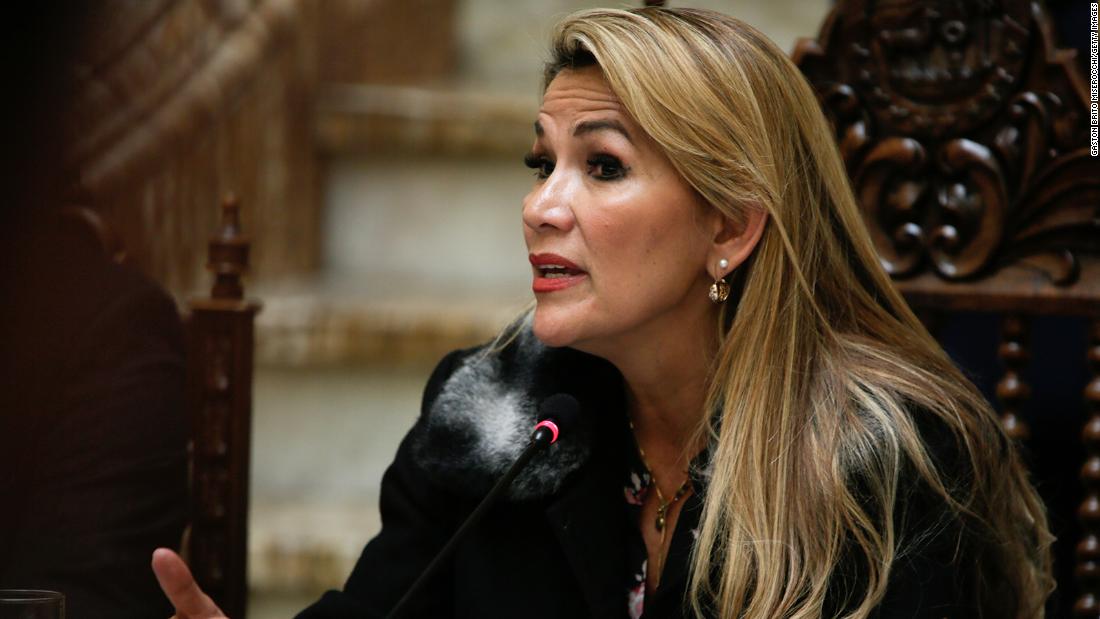 CNN has not been able to access the basis for the charges through the prosecutor's office, but Áñez published on her Twitter account images of what she says are the six pages of the arrest warrant, which lists charges of "terrorism," "conspiracy" and "sedition."

In a series of tweets, Áñez said, "In an act of abuse and political persecution the MAS [Movement Towards Socialism] government has ordered my arrest." She added: "It is accusing me of having participated in a coup that never happened. My prayers for Bolivia and for all Bolivians."

Political tensions in Bolivia have been high ever since the contested 2019 election, in which former President Evo Morales was declared winner but international watchdogs alleged the results were fraudulent and the election was annulled. Morales, who led the country for almost 14 years as the first indigenous president, claims he was ousted in a coup.

Áñez was interim president for less than a year and vowed to hold a new presidential election, which took place in October 2020 after several postponements. Luis Arce, the MAS candidate supported by Morales, won a landslide victory. Following Arce's victory, Morales returned to Bolivia in November after spending almost a year in exile in Argentina.

"The authors and accomplices of the dictatorship that looted the economy and attacked life and democracy in Bolivia must be investigated and punished," Morales wrote on his official Twitter account on Saturday.

José Miguel Vivanco, director of Human Rights Watch Americas Division, said Saturday, "The arrest warrants against Añez and her ministers do not contain any evidence that they have committed the crime of 'terrorism'," adding "for this reason, they generate well-founded doubts that it is a process based on political motives."

"We urge our friends and neighbors in Bolivia to uphold all civil rights and due process guarantees of the American Convention on Human Rights and the principles of the Inter-American Democratic Charter," Julie Chung, Acting Assistant Secretary for U.S. Department of State's Bureau of Western Hemisphere, said on her official Twitter account on Saturday.

In addition to the political tensions, Bolivia is also fighting the coronavirus pandemic. The country, one of the worst-affected in the region, has so far registered over 250,000 cases and nearly 12,000 deaths, according to the latest data from Johns Hopkins University.
#Coronavirus