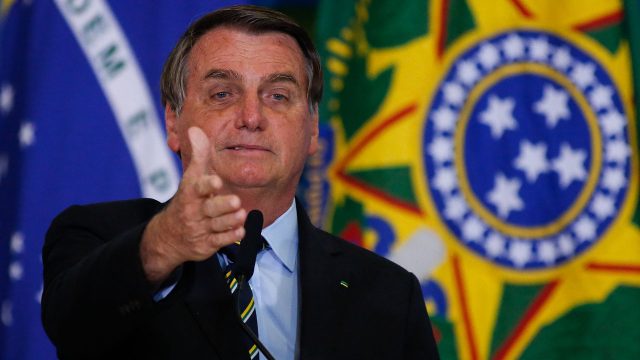 Brazilian President Jair Bolsonaro broke his uncharacteristic silence about his electoral defeat on Friday. Jair Bolsonaro - who had spoken only once in the 39 days since the election (to ask truckers to stop blocking streets) - appeared yesterday for the first time, said his 40-day silence was due to "the pain in his soul," and accepted responsibility for any election mistakes.

Bolsonaro had not spoken publicly since his narrow loss to leftist rival Luiz Inacio Lula da Silva in bitterly-fought runoff elections on October 30, and he has only made one public appearance.

“I’ve been silent for practically 40 days. It hurts, it hurts my soul. I have always been a happy person among you, even risking my life among the people,” he said.

Following his defeat, thousands of his supporters blocked roads and demonstrated in front of military barracks to ask the army to prevent Lula from taking power.

Brazil’s top electoral authority last month threw out a challenge by Bolsonaro’s party against his election defeat and fined it more than $4 million for bringing the case “in bad faith.”

Bolsonaro will remain in office until January 1.

Lula unveiled on Friday ministers in the key posts of foreign affairs, justice, defense, and chief of staff.