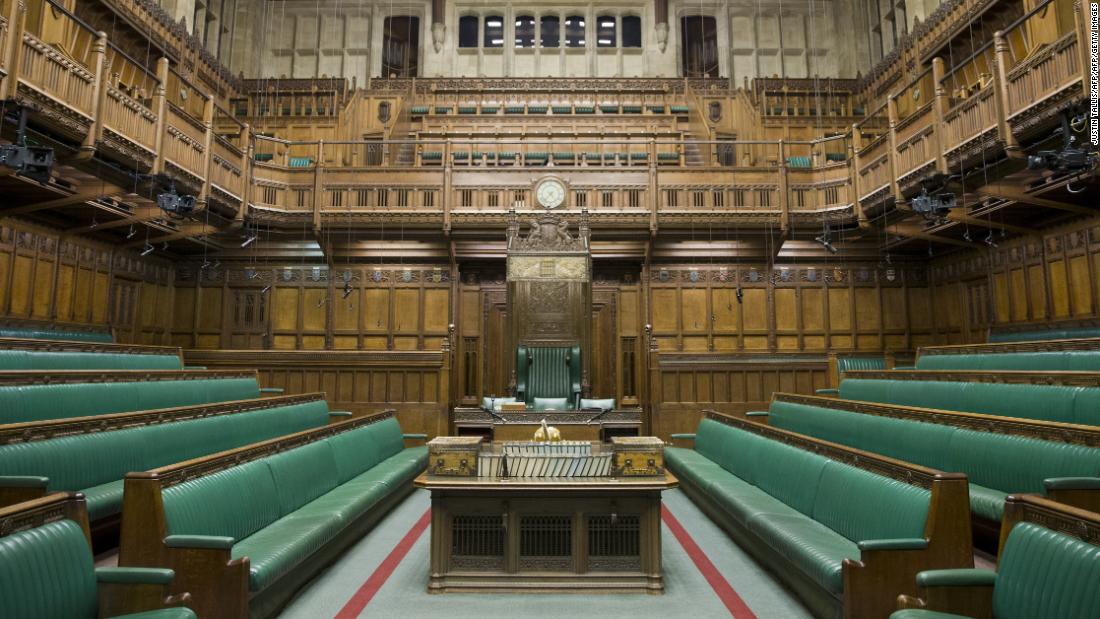 The House of Commons education committee published a report on Tuesday entitled: "The forgotten: how White working-class pupils have been let down, and how to change it."

The document claims that the prevalence of the term "White privilege" in "the wake of the Black Lives Matter protests" may have contributed towards a "systemic neglect of White people facing hardship."

Only the Conservative Members of Parliament (MPs) on the committee backed the full version of the report -- it was not supported by opposition Labour party MPs.

However, it is worth noting that data published by the government in April of this year shows that White pupils across all socio-economic groups outperform Black and Pakistani pupils on the whole.

Kim Johnson, a Labour MP on the committee, told CNN that the report was a "missed opportunity to bolster opportunities for so-called left behind communities -- such as the ones I represent -- who are suffering from educational inequalities due to rocketing child poverty and a lack of investment in jobs and opportunities."

Critics have also been quick to point out that Conservative spending cuts over the past decade in government will likely have had a much bigger impact on the poorest children and hampered their educational opportunities.

Many in the Labour party believe that the Conservatives are attempting to use the culture wars currently blighting British politics as a way of appealing to White working-class former Labour-supporting communities who supported Prime Minister Boris Johnson in the 2019 general election. Many of these areas also voted heavily in favor of Brexit.

Diane Abbott, a Labour MP who in 1987 became the first Black woman elected to parliament, told CNN that she believes that presenting the issue of children falling behind in school as being linked to ethnicity rather than social opportunities and class is dangerous and divisive.

"It's almost as if these Conservatives are saying to White working-class parents that they should be worried about children from different backgrounds affecting their own child's education," she said.

Responding to criticism of the report, Conservative MP and chair of the education committee, Robert Halfon, told CNN that it is "an attempt to grapple with the fact that 900,000 plus disadvantaged White working-class pupils are doing worse than almost every other ethnic group at every stage in the education system."

Halfon added, on the criticism of the report's focus on race, that: "We can't sweep these things under the carpet because there they are too difficult to discuss."

While it is true that White working-class children are underperforming compared to children from most other ethnic backgrounds, policy experts say that this is more to do with a lack of educational opportunity for children who are born in poorer areas of the UK.

Alan Milburn, chair of the Social Mobility Foundation, says the "truth is that unfortunately there is an entrenched and unbroken correlation between social class and educational attainment."

According to Milburn's research, children from poorer areas are over 20 times more likely to go to a bad school compared to their contemporaries in wealthier areas.

Milburn believes that the only way to fix this is through firm policy aimed at redistributing facilities. "Clearly, the challenges facing a teacher in an inner-city school are different to those of a teacher in a leafy, wealthy suburb. Unfortunately, collective salary bartering means that we cannot address this in wages and encourage top teachers to work in more challenging areas. That needs to change. The best teachers should be paid more to teach in the toughest schools."

While Milburn says that data surrounding White British children falling behind is undeniable, "trying to fix problems for one particular cohort when ethnicity isn't the primary hindrance for these pupils doesn't seem a sensible approach."

Kate Green, Labour's shadow education secretary, said that the Conservative party had "turned its back on these pupils who need most support, from knowingly underfunded free childcare places in early years to cutting the pupil premium," a grant given directly to schools to aid the teaching of poor children.

While this report is not government policy, but a report from a committee of MPs, it is noteworthy that the report was only signed by Conservatives, as it does follow a familiar pattern of Conservative rhetoric since the 2019 election victory.

Johnson and his party have placed "leveling up" the poorest parts of the UK at the heart of their domestic agenda. However, when certain policies around sensitive issues are announced, such as voter ID or prison sentences for vandalizing statues of colonialists, there is often something in the detail that seems tailored to wind up their opponents.

It could be that this report is simply an extension of the new style of Conservative policy-making: the substance might ultimately be of practical benefit, but the argument around it has political appeal to the new group of voters who propelled Johnson to power in 2019.