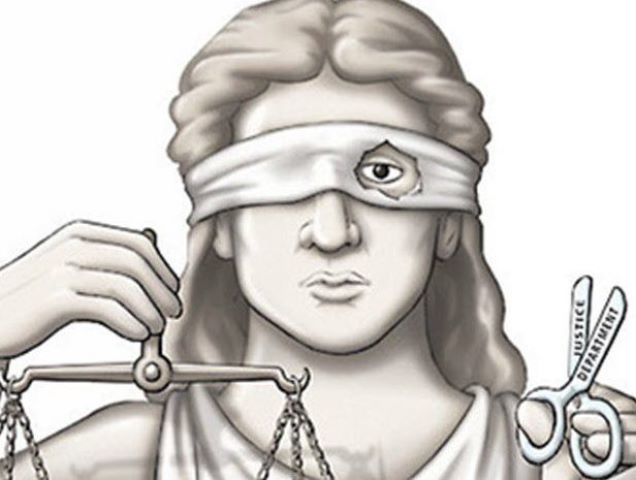 British attorneys are not above the law, the COI in BVI must be stopped immediately

The Hon AG recently admitted that although a barrister or solicitor appointed by the AG under Section 13 of the COI Act should be admitted to practice law in the Virgin Islands, none of them in fact applied or were admitted to practice law in the BVI either as attorneys or were applied for temporary admission as foreign legal practitioners. What the Honourable AG failed to add is that it is a criminal offence under the Legal Professions Act.
In every civil society the Rule of Law should apply. The rule of law is one of the longest established common law fundamental principles of the governance of the United Kingdom, dating back to the Magna Carta of 1215.

One of the most important tenets of the Rule of Law is that No one is above the law. This principle therefore would apply also to the British lawyers that Attorney General the Honourable Dawn Smith apparently appointed under Section 13 of the Commission of Inquiry Act (“COI”) to act in the COI established under the COI Act on 19th January, 2021.

What the Honourable AG failed to add is that it is a criminal offence under the Legal Professions Act. Section 18.1 of the Act states that:

Subject to this Act, where a person whose name is not registered on the Roll

(a) practices law;
(b) willfully pretends to be a legal practitioner; or
(c) makes use of any name, title or description implying that he or she is entitled to be recognized or to act as a legal practitioner,
he or she commits an offence and is liable on summary conviction to a fine of not less than fifteen thousand dollars or to imprisonment for a term of not less than three years, or both.

Based on the admissions of the Honourable AG, it is evident that the lawyers are guilty of unlawful legal practice in contravention of the laws of the Island. The response to such flagrant disregard for the law of the BVI by those who know the law and have sworn to protect it should not be brushed aside because of the status of the offenders. If anything, these individuals should be held to a higher standard than the layman.

The AG’s statement that the lawyers have ‘now applied to be so admitted belatedly’ does not cure the breach of the law and does not address the issues of what consequences should flow from these unlawful actions.

Surely the AG and 3 senior legal practitioners must have known the law and if they did not know I understand that they were notified from as far back as June 14, 2021 of their unlawful practice but unbelievably continue to offend against the law by practicing pending the hearing of their application to be admitted.

Will the Director of Public Prosecution bring charges against the offenders and their employer the AG? Has a complaint been made to the Bar Council against these individuals for unlawfully practicing law in the jurisdiction?

Even local attorneys who have been admitted to the Roll of Attorneys and who practice without a valid practicing certificate are subject to disciplinary proceedings and punishment. Practicing without even being admitted is much serious matter and no doubt is why the legislators have gone so far as to make such action a criminal offence.

I cannot fathom how in the circumstances these lawbreakers who have not as much as apologized for their actions can apply to the Courts to be admitted to practice without any retribution for their actions.

In order for foreign practitioners to make an application to the High Court for admission, the High Court must consider the views of the Bar Council. That view should be that these individuals are not fit and proper persons to be admitted temporarily or otherwise.

We are watching closely to see whether the rule of law will be respected or whether the British is above the law.
#Commission of Inquiry  #the Virgin Islands  #CoI