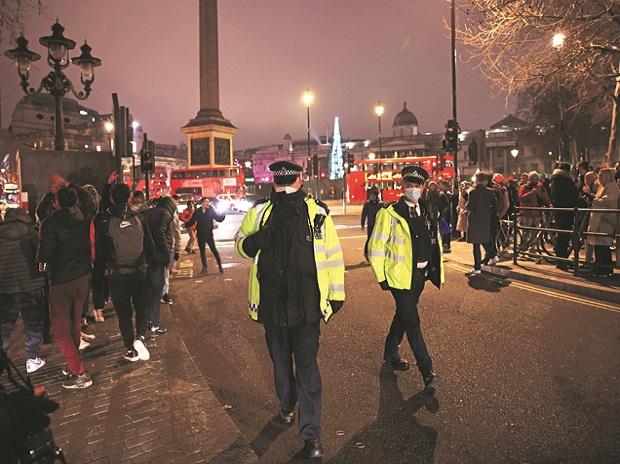 The origins of the COVID-19 remain a widely debated topic, with some scientists and politicians maintaining that the possibility of a lab leak of the deadly virus exists.

Western intelligence, including in Britain, at first considered there was only a "remote" chance that it had leaked from the laboratory, where research is conducted into bat-derived coronaviruses, including one closely associated with COVID-19. But there has since been a reassessment, and a lab escape is thought "feasible", the Sunday Times reported, citing sources.

China's Wuhan Institute of Virology (WIV) is near the outbreak's known epicentre of Huanan Seafood Market in Wuhan, where the virus first emerged in late 2019 and became a pandemic. More than 168 million confirmed cases have since been confirmed worldwide and at least 3.5 million deaths reported.

"There might be pockets of evidence that take us one way, and evidence that takes us another way. The Chinese will lie either way. I don't think we will ever know," said a western intelligence source familiar with UK involvement in the investigation.

Agencies are believed to have few human intelligence sources in China. Gathering data there has focused on trying to recruit on the dark web, where Chinese employees can share secrets anonymously without fear of being caught, the paper said.

Citing US diplomatic sources, the paper said there were concerns that if the origin could not be determined, this could happen again and we are one wet market or bio lab away from the next spillover.

Speaking to Sky News on Sunday, Britain's Vaccines Minister Zahawi insisted that the WHO must be able to fully investigate the origins of the coronavirus.

Zahawi said it's vital that the WHO is "allowed to conduct its investigation unencumbered" as it seeks to better understand how the initial outbreak began. "We should leave no stone unturned," he added.

Conservative MP Tom Tugendhat, chairman of the foreign affairs select committee, said: The silence coming from Wuhan is troubling. We need to open the crypt and see what happened to be able to protect ourselves in the future. That means starting an investigation, along with partners around the world and in the WHO."

Last week, US President Joe Biden ordered the US intelligence agencies to "redouble" their efforts in investigating the emergence of the deadly COVID-19 pandemic and report back to him in 90 days, amid growing controversy about the virus's origins from the WIV in China.

His announcement came after a US intelligence report found several researchers at the WIV fell ill in November 2019 and had to be hospitalised -- a new detail that fuelled fresh public pressure on Biden to order a detailed investigation into the origin of the deadly virus.

Former US president Donald Trump was among those who supported the theory that the virus might have escaped from a bio lab in China.

Beijing has been vehemently denying that the coronavirus broke out in Wuhan and took exception to Trump's reference to it as China virus or Wuhan virus. China asserts that the COVID-19 broke out in different places in the world and China only reported the virus first.

In a detailed article titled The origin of COVID: Did people or nature open Pandora's box at Wuhan' published in the prestigious Bulletin of the Atomic Scientists early this month, noted British science writer, editor and author Nicholas Wade raised several questions on the origin of the novel coronavirus.

The evidence adds up to a serious case that the SARS2 virus could have been created in a lab, from which it then escaped, wrote Wade, who refers to SARS-CoV-2 virus as SARS2 in short.

Earlier this month, a group of leading UK and US scientists called for more investigation to determine the origin of the COVID-19 pandemic, including the theory of an accidental release from a lab in Wuhan.

In May 2020, the World Health Assembly requested that the WHO director-general work with partners to determine the origins of SARS-CoV-2.

The World Health Organisation conducted an investigation into the origins of the pandemic and concluded in a report that the risk of an accidental leak from the Wuhan Institute, where coronavirus research was being conducted on bats, was "extremely low."

But the WHO probe has been criticised by the US, United Kingdom and other governments over its limited access to "complete, original data and samples." The WHO study was co-authored by 17 Chinese scientists, several of them from state-run institutions.
#Donald Trump  #COVID-19  #Joe Biden  #Covid  #Coronavirus  #Vaccines