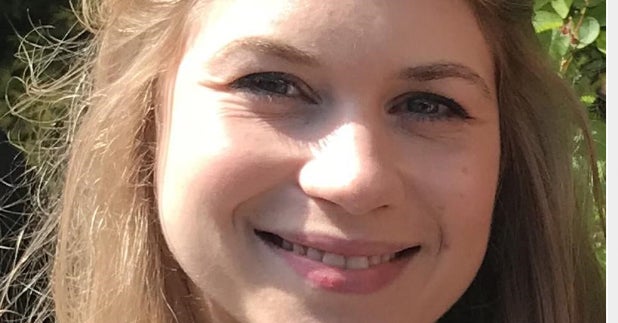 The killing of Sarah Everard has ignited a national conversation about women's safety.

London Mayor Sadiq Khan on Sunday ordered investigations into how the Metropolitan Police handled a peaceful vigil for Sarah Everard, a 33-year-old woman whose kidnapping and death — allegedly at the hands of a police officer — have left the UK reeling.

Images of police officers forcefully disrupting Saturday night's emotional vigil and arresting women prompted an outcry, including calls for the commissioner of police, Cressida Dick, to resign. Thousands had gathered at a memorial for Everard in London to pay their tributes and raise their voices to end violence against women, before being swarmed by police.

Khan called the scenes at Clapham Common, a public park in South London, "completely unacceptable" and said that the police response was "neither appropriate nor proportionate."

It comes as questions have also arisen about how Metropolitan Police handled an allegation of previous misconduct by a police officer who is accused of kidnapping and killing Everard.

"The @metpoliceuk must begin to rebuild relations with women who have lost trust and are hurting," local group Reclaim These Streets, which has been involved in planning vigils, said in a tweet. 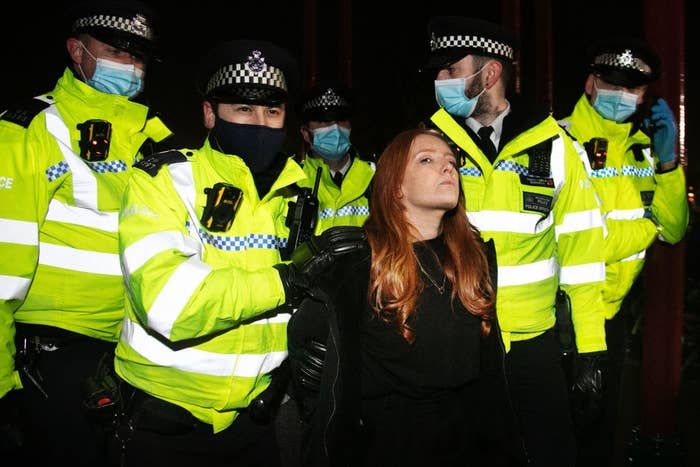 Police officers arrest a woman at a vigil for Sarah Everard in London on March 13.

Four people were arrested at the London vigil, which the Metropolitan Police said was not sanctioned because of coronavirus-related restrictions on gatherings.

In a statement Sunday, police said that a "small minority of people" at the vigil refused to comply with repeated demands to leave and began "chanting at officers" and throwing items.

Everard, a marketing executive, disappeared March 3 after leaving her friend's house in Clapham Common sometime after 9 p.m. to walk to her home in Brixton. Her remains were found last week in a woodland area in Kent, about 60 miles from London.

Her family remembered her as a kind and thoughtful daughter and sister.

"She always put others first and had the most amazing sense of humor," her family said in a statement.

Wayne Couzens, a police constable, has been charged with kidnapping and murdering her. The 48-year-old joined the Metropolitan Police in 2018, and his primary duty was to patrol diplomatic premises, mainly embassies.

Three days before Everard went missing, Couzens was reported for allegedly exposing himself at a fast-food restaurant in London, the BBC reported. The police department is also being investigated over whether officers responded appropriately to this incident.

Over the last two weeks, Everard's disappearance and death have ignited a national conversation about women's safety. Thousands of women have shared their own experiences of feeling unsafe in public places, especially while walking alone at night. 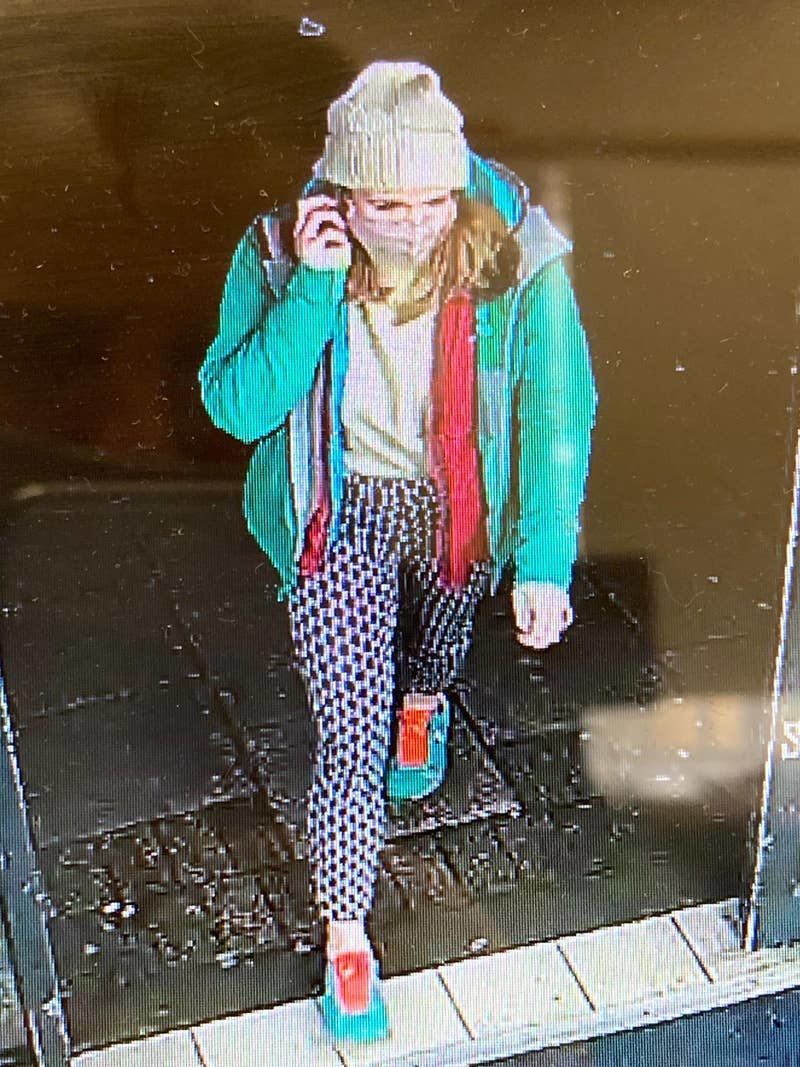 An image of Everard captured on a surveillance camera the night she went missing.

Because of the pandemic restrictions, organizers had canceled Saturday night's vigil at the Clapham Common memorial after police urged people to find a "lawful and safer way to express your views."

Still, hundreds of people visited the memorial to lay flowers in emotional tributes to Everard. Among them was Catherine, Duchess of Cambridge (aka Kate Middleton). 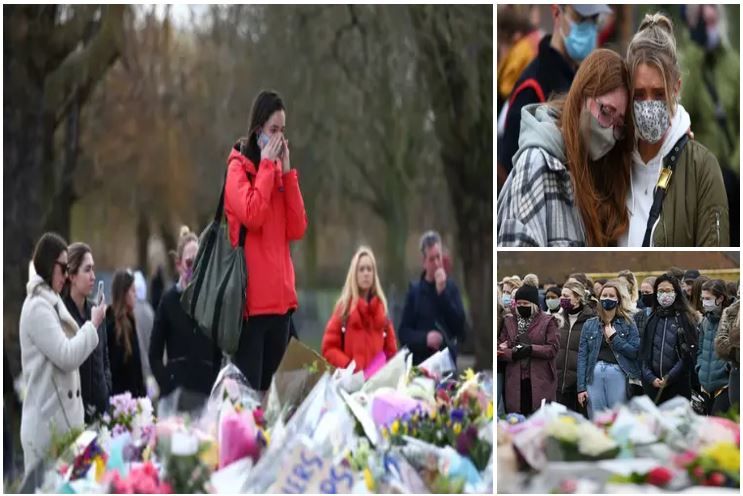 People pay tributes at the memorial site for Sarah Everard in Clapham Common in London on March 14.

As evening approached, thousands gathered at the memorial with signs to end violence against women and to defund the police. Some began giving speeches from the bandstand.

"At this point, officers on the ground were faced with a very difficult decision," Assistant Commissioner Helen Ball said in a statement. "Hundreds of people were packed tightly together, posing a very real risk of easily transmitting COVID-19. Police must act for people's safety; this is the only responsible thing to do." 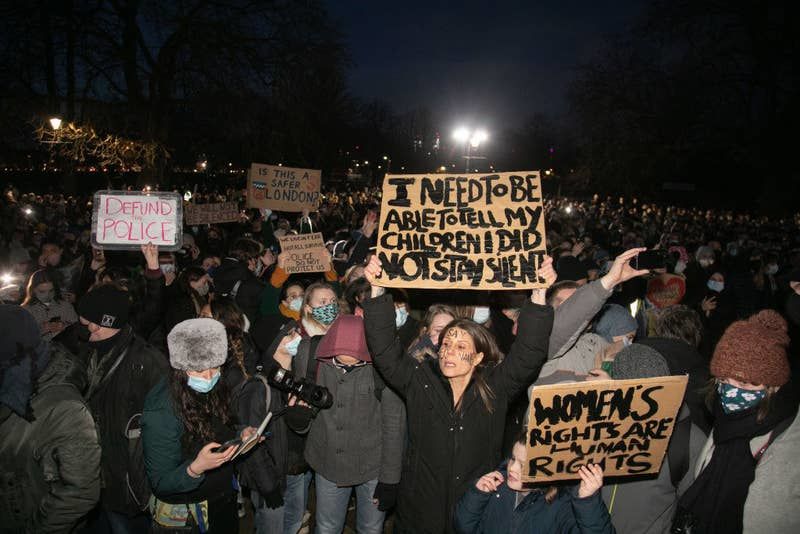 Hundreds of people gathered at a peaceful vigil for Sarah Everard on Clapham Common in South London.

Videos from the scene showed police aggressively clashing with people at the memorial. 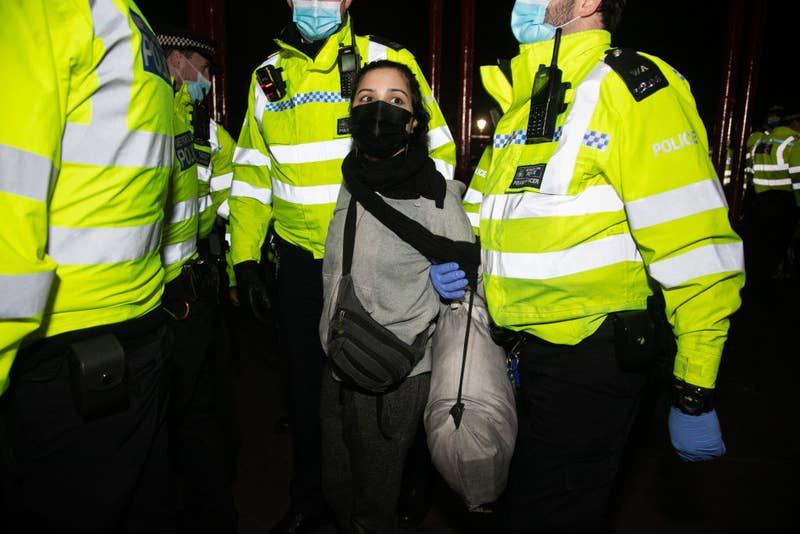 Officers arrest a woman at the vigil for Sarah Everard in London on March 13.

Many people online, including lawmakers, have accused authorities of exacerbating the nationwide anger and grief over Everard's death and called for the police commissioner's resignation.

Home Secretary Priti Patel said that she has requested a full report on what happened, calling the footage from the vigil "upsetting."

As of Sunday, the police commissioner continued to defend the decisions made by her department.

"I understand why so many people wanted to come by and pay their respects and make a statement about this," Dick said at a press conference. "Indeed, if it had been lawful, I’d have been at the vigil."

She emphasized that she believed officers acted correctly in breaking up the gathering.

"Unfortunately, later on, we had a really big crowd that gathered, lots of speeches, and quite rightly, as far I can see, my team felt this is now an unlawful gathering which poses a considerable risk to people’s health, according to regulations."