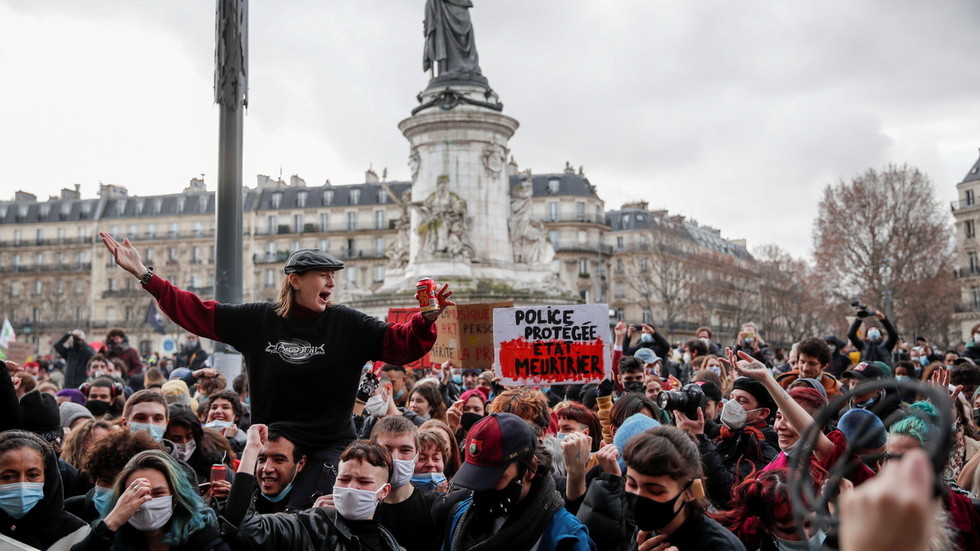 French citizens are once again protesting a bill that punishes those who release photos and videos identifying police officers, something critics say is a major challenge to press freedom.

As protesters marched near the Place de la Republique in Paris, police also took to the streets in riot gear, and several clashes between demonstrators and officers took place.

Saturday’s demonstrations are only the latest protests against the security bill, which would fine offenders thousands and possibly land them behind bars for up to a year. Rallies in Marseille, Paris, Lyon, and other cities descended into violence in December, as protesters launched projectiles at riot police, and vehicles and businesses were vandalized.

In response to the protests, government officials announced they would rewrite Article 24, which takes aim at photos and videos of officers, and find a more balanced approach.