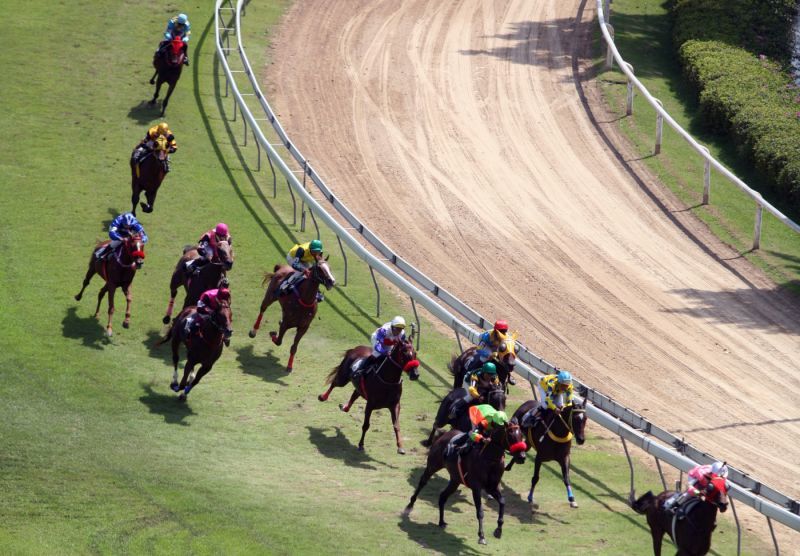 US Virgin Islands (USVI) Governor Albert A. Bryan, along with VIGL CEO Lance Griffith on Wednesday, June 2, 2021, announced that an agreement between the government of the [US] Virgin Islands and VIGL to construct and operate a horse racing facility on the site of the Randall 'Doc' James Racetrack has been reached, with an agreement between VIGL, Southland Gaming and the government for horse racing in St Thomas nearing completion.

The new deal divides the contract signed between VIGL and the government under the Mapp administration in December 2016 in two parts, with the St Croix portion essentially remaining the same while amendments must be made to the St Thomas agreement followed by Senate ratification.

The movement comes nearly five years after former Governor Kenneth E. Mapp signed the original contract, as the matter has been mired in court through a lawsuit filed by Southland Gaming in 2018.

During the announcement, Mr Bryan said construction was expected to commence in 60 days on St Croix, though work on the facility is expected to take anywhere from 18-24 months. Even then there might be further delays due to supply constraints brought on by the Covid-19 pandemic, which might push the completion of the St Croix facility further down the road.

While the bifurcation of the original contract was easy to manoeuvre on St Croix, the St Thomas matter has proven to be more complicated, Mr Bryan said during the press event. The latter covenant entails agreements between VIGL, whose contract is with the government, and Southland Gaming, which also has a contract with the government, and bringing the two parties together for a deal both can accept.

In the end, the preliminary agreement reached between all three parties, which the governor cautioned was still being finalised, sees Southland Gaming building the race track in St Thomas and installing its video lottery terminals (VLTs), while VIGL would be responsible for all promotions and would be relieved of any responsibility to build a facility on St Thomas as the original contract demanded. Thereafter, a separate agreement between Southland Gaming and VIGL would be negotiated between the two parties strictly in regards to St Thomas that would see VIGL being compensated, most likely through a percentage of VLT revenues.

VIGL will operate both tracks

According to Mr Bryan, as a promoter of the racing facilities territory-wide, VIGL would be "setting races and race days, purses," among other responsibilities. "So they essentially run and operate both tracks; all Southland is doing is building it," the governor told the Consortium in an interview following the press conference.

The original agreement saw VIGL paying the government 25 percent of proceeds, a setup that remains unchanged for St Croix. However, in the new arrangement that divides the two, a percentage of VLT proceeds for the government for the St Thomas operation has yet to be determined, as the agreement is still being negotiated.

Southland Gaming's VLT agreement with the government covers only the St Thomas-St John District. Additionally, Southland Gaming is being regulated by the [US]VI Lottery, while VIGL racino operations fall under the Casino Control Commission.

The government plans on meeting with the horsemen association on St Croix to discuss vacating the Randall 'Doc' James Racetrack to facilitate the immediate start of construction. Additionally, important permits, including from the Department of Planning and Natural Resources and the Federal Aviation Administration — which in 2019 denied a permit to build the new horse racing facility on the current St Croix site — have been approved.

All purses and other priorities of the original agreement will remain in place, Mr Bryan said. According to the 2016 ratifying document, "casino fees" of 25 percent will be placed into a new and distinct special fund called the “Horse Racetrack Casino Revenue Fund.”

The casino fees will be distributed from the fund as follows:

*  50% to the General Fund of the Virgin Islands Treasury;

*  30% to the respective horsemen’s associations in both island districts, evenly divided;

*  3% to a newly established Thoroughbred Fund for use in the Certified Thoroughbred Program to improve facilities and breeding stock in the horse racing industry;

*  3% to a newly established Hospitality Fund for hospitality training in the tourism industry;

*  4% to the Agriculture Revolving Fund established and administered pursuant to 33 V.I.C. §3018, for the purchase and cultivation of fresh fruits and vegetables for consumption within the Territory;

*  2% to the Virgin Islands Horse Racing Commission for administrative functions and expenses;

*  5% to the Department of Sports, Parks and Recreation for the development of youth sports activities in the Territory; and,

If Southland Gaming and VIGL arrive at an agreement, the parties would most likely settle the ongoing lawsuit, which was brought against the government of the [US] Virgin Islands and VIGL in 2018.

Southland Gaming in 2003 during the administration of former Governor Charles W. Turnbull, had negotiated a contract to “design, install and operate a video lottery control system, maintain and operate entertainment centers which primarily offers video lottery games and services and maintain video lottery terminals (VLTs) and other related equipment in all applicable locations” in the St Thomas-St John district." Critically, the 2003 contract said the GVI “shall not contract with any other party for delivery or management of [VLTs] . . . or any other video lottery services including any equipment, machines, software or operational services and [Southland Gaming] shall be the exclusive supplier to the [GVI] of such VLTs and related services.”

The contract was amended for extension in 2013 during the administration of former Governor John P. de Jongh. The extension lengthened Southland Gaming's St Thomas-St John District exclusivity to 2028.

In a July 28, 2020 ruling, the District Court said, "Upon further consideration of this matter, the Court believes that by ruling on the merits of Southland’s claims, the April 10, 2020 Order exceeded its expected scope, and the parties were not provided adequate notice of what was on the table. The Court made it clear in several orders that it would be addressing only the narrow question of whether VLTs are the functional equivalent of slot machines. The Court never indicated that the answer to this question finally resolved the merits of this case. Indeed, the Court’s orders contemplated the necessity of an additional hearing to address 'the merits of any remaining issues.'"

The video lottery terminals contract defined VLTs as "Any machine in which coins, credits or tokens are deposited in order to play any game of chance in which the results including options available to the player are randomly and immediately determined by the machine. A VLT may use spinning reels or video displays or both and may or may not dispense coins or tokens directly to winning players. VLTs may include a progressive jackpot either individually, in a linked cluster of machines in one location, or in a linked cluster of machines in multiple locations."

The VIGL contract, which was signed into law in 2016, described a slot machine as "any mechanical, electrical or other device, contrivance or machine which, upon insertion of a coin, token or similar object therein, or upon payment of any consideration whatsoever, is available to play or operate, the play or operation of which, whether by reason of the skill of the operator or application of the element of chance, or both, may deliver or entitle the person playing or operating the machine to receive cash or tokens to be exchanged for cash or to receive merchandise or any thing of value whatsoever, whether the payoff is made automatically from the machine or in any other manner whatsoever."

In November 2020, the parties had arrived at a preliminary agreement that didn't last, and the matter has remained in court since. 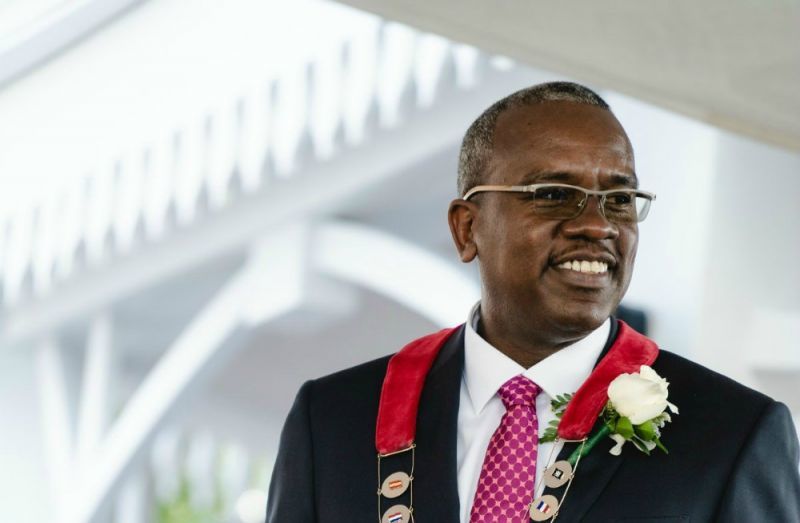 Governor Albert A. Bryan, along with VIGL CEO Lance Griffith on Wednesday, June 2, 2021, announced that an agreement between the government of the [US] Virgin Islands and VIGL to construct and operate a horse racing facility on the site of the Randall 'Doc' James Racetrack has been reached, with an agreement between VIGL, Southland Gaming and the government for horse racing in St Thomas nearing completion.