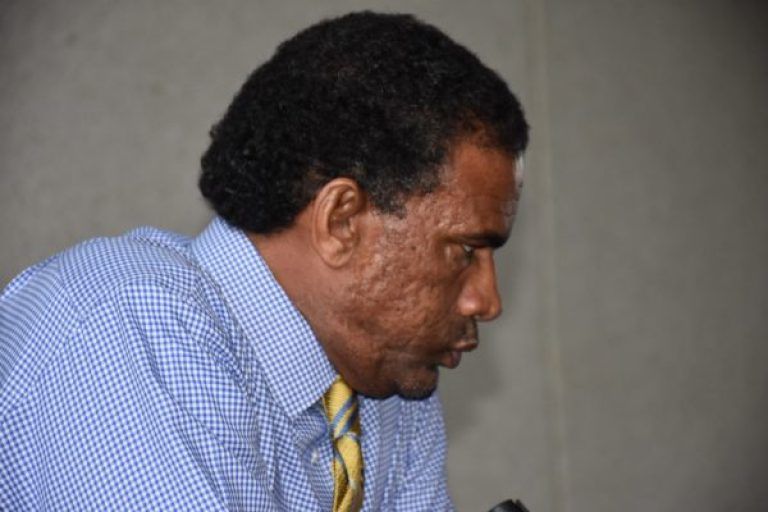 Months after the release of the Commission of Inquiry (COI) report, former Deputy Premier Dr Kedrick Pickering has said the BVI is no longer at the proverbial crossroads, but is now staring into an abyss.
The COI report initially recommended that the BVI’s constitution be partially and temporarily suspended, but this was staved off after legislators agreed to form a coalition called the Government of National Unity.

In his pitch to residents at a recent community meeting held in Virgin Gorda, Dr Pickering said the territory is in need of leadership that will navigate the BVI through a tumultuous period over the next several years.

While championing his 20 years in office as an elected official, Dr Pickering said it is this level of experience that is needed now to help the BVI navigate its current turmoil.

“I have the necessary experience and the knowledge. I have traveled far and wide representing this country, and I understand the bigger issues that are facing this country,“ Dr Pickering expressed.

According to the former legislator, some of the issues arising out of the COI report are related to financial challenges, particularly forensic accounting and auditing. He suggested that these are areas the United Kingdom (UK) should assist the territory with, particularly since he believes the BVI does not have the requisite expertise to properly correct those underlying problems.

In the meantime, Dr Pickering rebuked persons wishing the United Kingdom would take over governance of the BVI. He insisted that this would spell doom for the territory and undo the work of former legislators.

“You couldn’t be more wrong with that approach to what is taking place in this country,“ Dr Pickering stated. “It is going to destroy us as a country.”
#Commission of Inquiry  #CoI