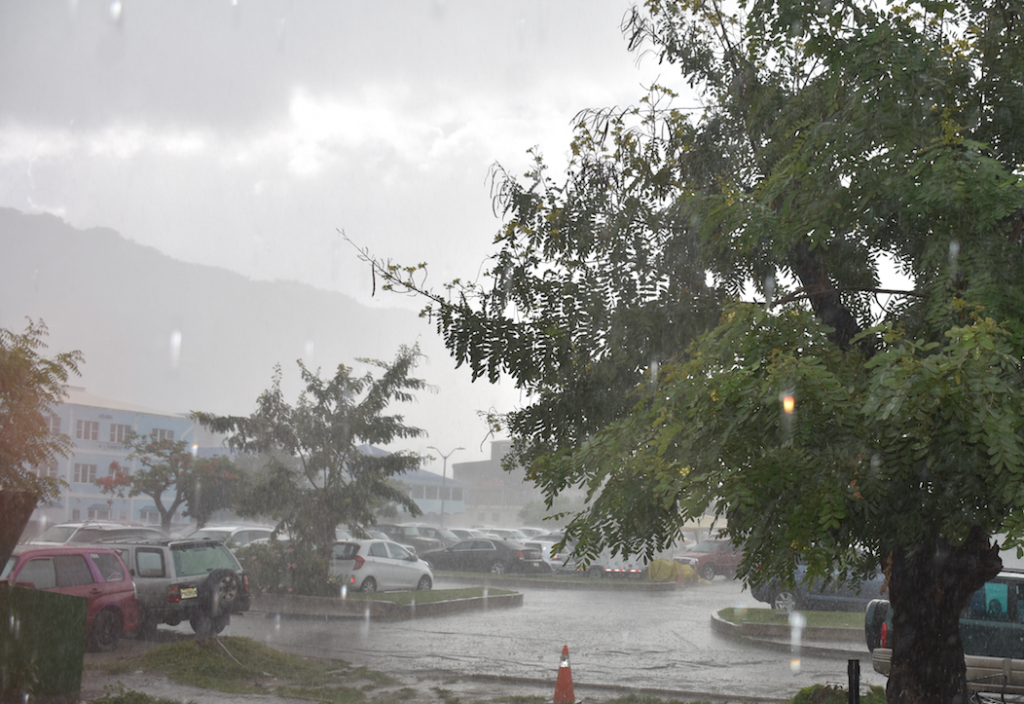 The Department of Disaster Management (BVIDDM) has advised residents there will be some lingering effects today of Tropical Storm Earl that passed close by the territory over the last few days.
In a weather forecast earlier this morning, the DDM advised that a lingering weak instability in the atmosphere across the area is expected along with a light southerly wind flow.

“Daytime heating and available low-level moisture could trigger localized shower activity over and around the islands occasionally today. By tonight, a drier and more stable atmosphere will move into the area and restrict any meaningful shower activities,” the forecast said.

The place is expected to be partly cloudy with a 60 per cent or moderate chance of morning showers with gradual improvements after.

Later tonight is expected to be fair to partly cloudy with a 20 per cent or slight chance of a brief passing shower.

The Virgin Islands felt some effects of Tropical Storm Earl over the weekend into Monday. The tropical storm which was passing north of the territory carried maximum sustained winds of 65 miles per hour (100 km per hour) and is expected to gradually strengthen as it continues northwards of the territory.