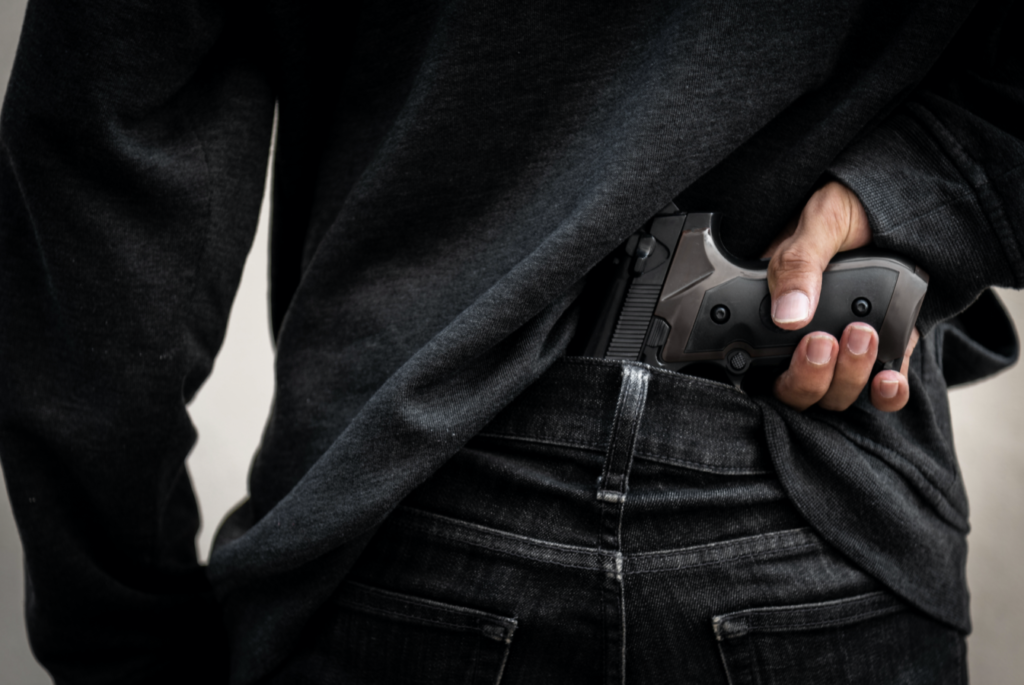 While a recent gun amnesty offered by the Royal Virgins Island Police Force (RVIPF) was patently unsuccessful, Governor John Rankin has still managed to find a silver lining in the number of guns taken off the streets in recent months.
The force had issued a call months ago for persons in possession of illegal guns and offensive weapons as well as those who had knowledge of the whereabouts of guns or ammunition to turn them in to the RVIPF without penalty.

“Well, the particular amnesty campaign to which we refer wasn’t very productive in terms of weapons being handed in,” said Governor Rankin who is responsible for the RVIPF. “But what I can say is that in the past year, the Royal Virgins Island Police Force has made a record number of findings of guns and getting them away from those who would wish to use those guns for illegal purposes.”

Police late last year discovered a trove of high powered weapons and ammunition as well as drugs and cash at a home in the Belmont Estate area and arrested and charged several persons who occupied the premises for related offences. This is in addition to several other gun finds that have been made during the course of the year so far.

One person implicated in that major gun and drug find has also very recently been charged with the murder of a person who was killed in the Fish Bay area of Tortola early last year.

But even as Governor Rankin praised the RVIPF for its progress in removing some guns off the streets, he noted that the task is not yet completed.

“We do not want, we must not become a territory where guns rule and where gun violence rules and I welcome the successful actions the Royal Virgin Islands Police Force have taken and the arrests that have been made, but there’s more work to be done,” the Governor said.

In the meantime, the governor offered some assurance that more will continue to be done to have guns removed from these shores.

“I and the Commissioner of Police and I’m sure the government are fully committed to continuing to drive guns out of the BVI and tackle those who would to use them for unlawful purposes,” Governor Rankin said.
#John Rankin