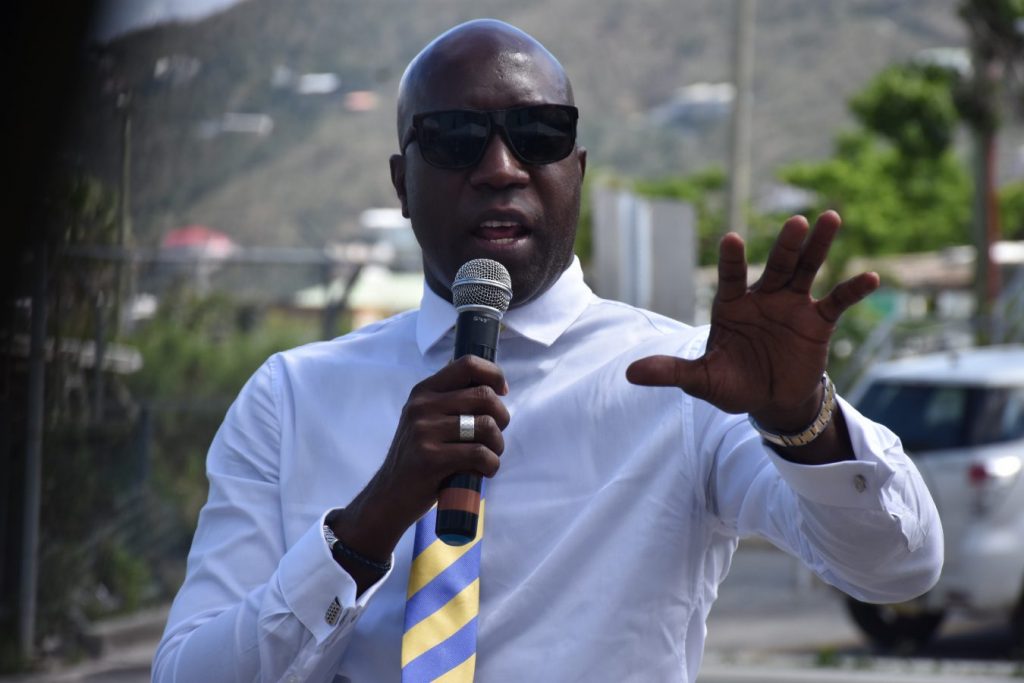 Former legislator and chairman of the National Democratic Party (NDP) Myron Walwyn, has said he believes the government should hire a COVID-19 czar which will allow for better monitoring and management of daily operations in the territory.

A czar (also spelled tsar) can be defined as a person appointed by the government to advise on and coordinate policy in a particular area.

Walwyn’s suggestion came after he recently took to his social media page to question whether the sitting government is aware of the ‘damage’ being caused to the BVI’s brand with their constant shifting of announced reopening dates.

He stressed on the need for the health and the economy of the territory to be managed in a balanced manner, stating that a failure to effectively achieve that goal would result in serious damage to the BVI.

“Because of the precarious task at hand, it behoves the decision-makers to have a plan which is monitored throughout each day so that adjustments could be made in a timely fashion to avoid any sudden shocks,” Walwyn stated.

“I am not sure if there is anyone who has this responsibility overall in the government to coordinate COVID-19 matters between the government departments, the statutory corporations and the business community. If there is no one with this responsibility it may be wise to employ a COVID-19 Czar who will be responsible for this important daily monitoring of the plan vis-a-vis- the reality on the ground,” he further explained.

Is government aware of the damages?

The former legislator also questioned whether the BVI’s economy was considered in government’s latest decision to abruptly reschedule the reopening of the territory’s seaports for a second time. The latest date announced is March 1.

“In October, the world was told that the BVI would be open for business in December. Our visitors made their plans accordingly only to be then advised that the new date for the re-opening of the seaports would be in January. In January, they are now told that it will be in March. The vast number of overnight tourists that visit the BVI do so through our seaports. Very simply put, it is far cheaper and more convenient to travel to the BVI through St Thomas than T.B. Lettsome International,” he reasoned.

Government does not understand the damage!

Meanwhile, former Director of the BVI Tourist Board, Sharon Flax-Brutus lent her opinion on the subject in direct response to Myron’s post.

She said she believes there is not “an inkling of understanding” as to the damage which is being caused to the BVI’s tourism brand.

“Truthfully, I don’t think they really care if tourism is lost and truthfully, I think the goal is really to subliminally destroy the brand and build God knows what. The bungling is catastrophic and heartbreaking, not to mention downright embarrassing. I continue to say that the idea and the plan to protect us as best as they can from COVID is a good one but the execution of the plan is a study in mismanagement as well as miscommunication or the lack of it,” the former Tourism Diector stated.

Czar a good idea but will it work?

Flax-Brutus also agreed with the idea of having a COVID czar in the BVI but said that due to the composition of how the COVID situation is being presently managed, it may not be effective.

She said: “Indeed, there appears to be no central point person leading the plan. Again, silo management and ‘it’s not my fault’ reigns supreme to the detriment right now of both health and economy. I like the idea of a czar but sadly he or she will be a powerless figurehead pandering to the whims of those with no knowledge but whose voices and power-plays are loudest. Inclusive planning? Surely you jest?”