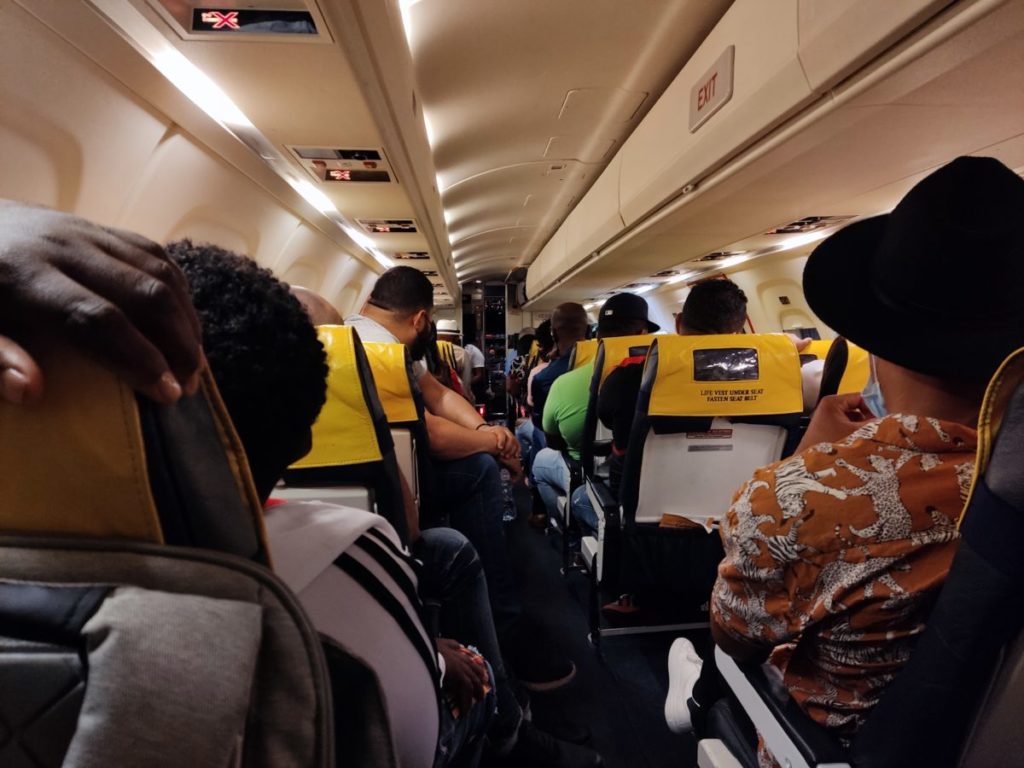 At least four senior citizens and a young mother with her suckling infant were among roughly two dozen passengers forced, for more than an hour, to stay inside an aircraft that landed at the Terrance B Lettsome International Airport some minutes after 10 pm Saturday night, November 27.

This was because Customs and Immigration officers stationed at the airport were not present to receive the late-night interCaribbean Airlines flight.

The airline’s late-night flight from the Dominican Republic was actually scheduled to arrive 3:30 pm earlier that day. However, the flight experienced an unexplained delay that lasted for a shocking seven hours. The flight that was scheduled to depart at 2:05 pm never left the Las Américas International Airport in Santo Domingo till minutes after 9 o’clock that night.

Some passengers — among whom were BVI citizens and visitors — were incensed. According to a high-ranking senior official from Her Majesty’s Customs, the airline was told not to land in the BVI at that hour because the airport closes a 9 pm.

Passengers were never told of this reported advisory. And based on the account of passengers on the flight, they were advised while en route to the BVI that the aircraft was going to divert to St Maarten. Some minutes later they received another announcement mid-flight that the aircraft would go to Puerto Rico instead. Not long after, they received a final announcement that the plane would land in its intended destination at Beef Island, BVI.

But when they arrived, no-one was there to receive them. This was later verified by an ancillary airport worker who was heard speaking about what transpired when the officers learnt of the airline’s considerably belated arrival.

“Customs say they not waiting [and] Immigration gone,” the airport worker was heard telling one of the passengers.

BVI News understands that the aircraft was under threat of returning to the skies to transport the passengers over to the neighbouring St Maarten which was reportedly willing to keep them overnight.

But after the long wait onboard the aircraft, restless passengers were told that officers had returned to the airport to process them. They were then ushered to a lounge at the airport where vaccination checks were made.

Following those checks, they proceeded to Immigration where a single worker in the person of Deputy Commissioner of Customs, Clinton Romney, was seen in plain clothes processing passengers.

Passengers were informed that they would not be able to retrieve their checked luggage until today (Sunday, November 28) because of staffing issues. Their passports were also held till that time.

Responding to a Facebook post that highlighted the incident and questioned the government’s running tourism mantra of ‘BVI Love’, Premier Andrew Fahie said there was more to the story. He did not delve into any further detail.