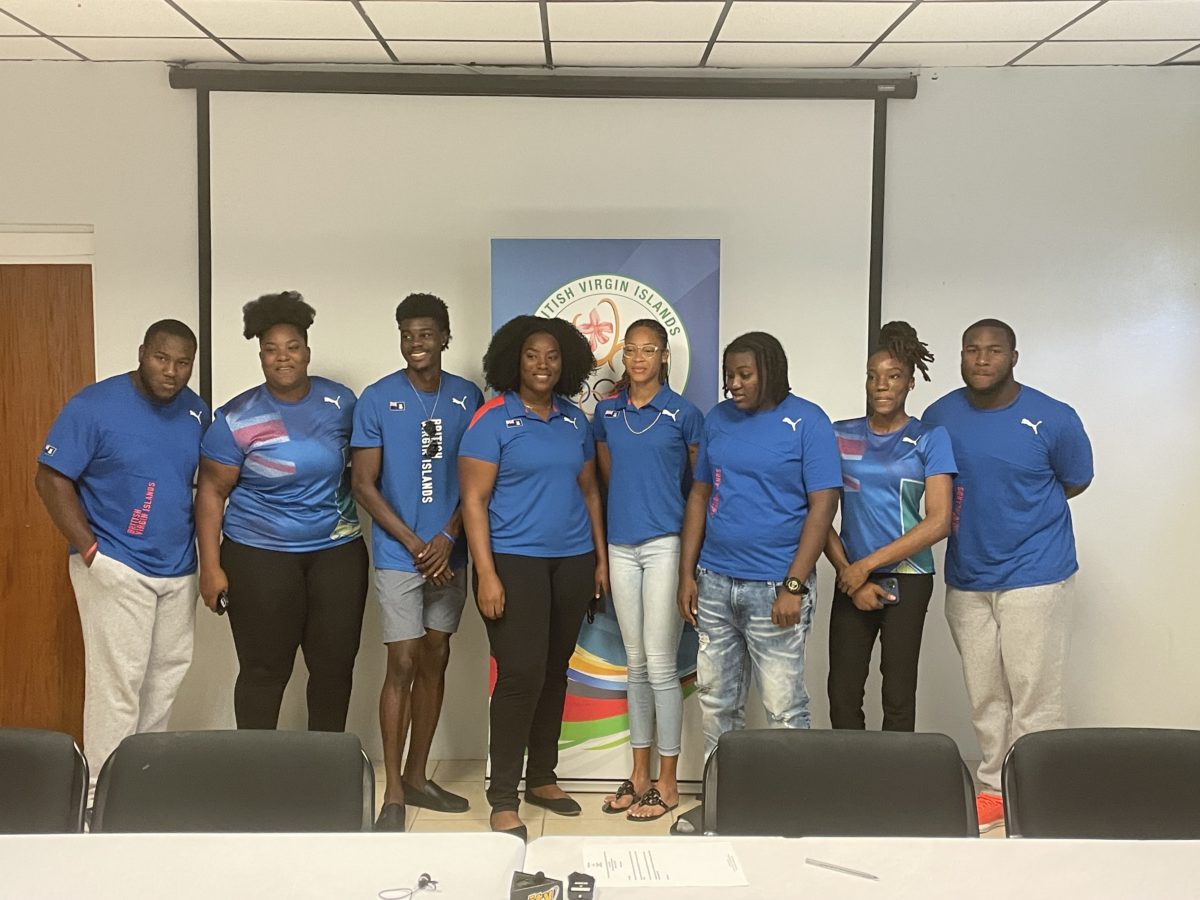 The BVI Olympic Committee (BVIOC) has named its largest team that will be competing at the Commonwealth Games to be held in Birmingham, England later this month.
The BVI’s Commonwealth Games team will compromise 19 athletes spread across four sporting disciplines. Virgin Islands athletes will compete in Track & Field, Squash, Cycling and Women’s 3×3 Basketball. The Games are slated to run from July 28 to August 8.

The Squash delegation will see Joe Chapma, in his fifth Commonwealth Games appearance, participate in the men’s singles. Luca Reich is also slated to compete in the men’s singles and will team up with Chapman for the doubles competition. The team will be accompanied by coach Adam Murrills

The Virgin Islands will be represented for the first time in women’s 3×3 Basketball with the team comprising Shauliqua Fahie, Mahkayla Pickering, Keithrece Smith and Joy Victor.

The other sport in which the territory will be competing for the first time is Cycling with Darel Christopher Jr entered in the time trial (37km/23 mile) and the road race- (160km/100m). Sam Talbot is also entered in the same event. They will be accompanied by coach Paul Cullimore.

Speaking at a press conference to announce the team this morning, Minister for Sports Sharie de Castro offered some words of encouragement to the athletes slated to compete and those that were present at the press conference.

“Truly, we know that it takes a lot of sacrifices to get to this point and I want to recognise the athletes today for your continued representation of these Virgin Islands,” she said.

“I also want to take this opportunity, since I’ve been made aware that unfortunately some of our athletes would not be able to participate in these games due to injury and other circumstances and I want to encourage those athletes to remain focused and take this time to recover properly so they can be the best when they return,” the Sports Minister added.
#the Virgin Islands  #Fahie