BVIPA looking to have ATM installed on Anegada

The BVI Ports Authority (BVIPA) has said it is looking at the possibility of having an ATM installed at the ferry dock on Anegada.

Managing Director of the BVI Ports Authority (BVIPA) Oleanvine Pickering-Maynard said it is one of the ideas the Authority currently has capsuled in its plans for the development of the ferry dock at Anegada.

“We are going to approach all of the banks to see which one would be interested in placing an ATM machine here on the island. It is something that we suspected would be needed,” Pickering-Maynard said while on Anegada on Friday, April 1, 2022.

A resident of Anegada had expressed that there was a desperate need for banking facilities on the island.

“It's $50 on a ferry to go to an ATM to get a hundred bucks or get whatever you want. We need a bank here desperately,” expressed a senior resident of Anegada.

The absence of banking facilities is not only felt by residents but according to the Chairman of the Anegada Land Advisory Committee Darrell Ruan Jr, it’s a sore issue for tourists.

“Many of the business owners can attest to many of the tourist frustrations that there is no ATMs on the island and having to find cash. It’s a ridiculous big issue here on this island,” Mr Ruan Jr said.

Meanwhile, Junior Minister for Trade and Economic Development Honourable Shereen D. Flax-Charles said security has and will be one of the key factors for banking on the island.

“It might be very well able to work if the Port is secured because it has to be secured in order to maintain the standard as an official port of entry. So it might seem simple but it is a little more to it than just throwing an ATM in a wall somewhere. So there are some other issues surrounding that.”

The Junior Minister, who residents in District 9 but at Virgin Gorda, said that while they do have more than one ATM bank facilities they are facing some levels of hardships.

“We at Virgin Gorda now feel your pain to some degree. Yes, we do have a bank that opens three days a week but at ATMs, today is Friday and I can guarantee you that by 2 o’clock none of the two ATMs would have a dollar in it. So, we have begged and we are still begging for the banks to give us more ATMs at least.”

She said; however, that Government is aware of the challenges being faced by the sister islands due to the lack of banking facilities and is working closely with the banks to try to alleviate the problems.” 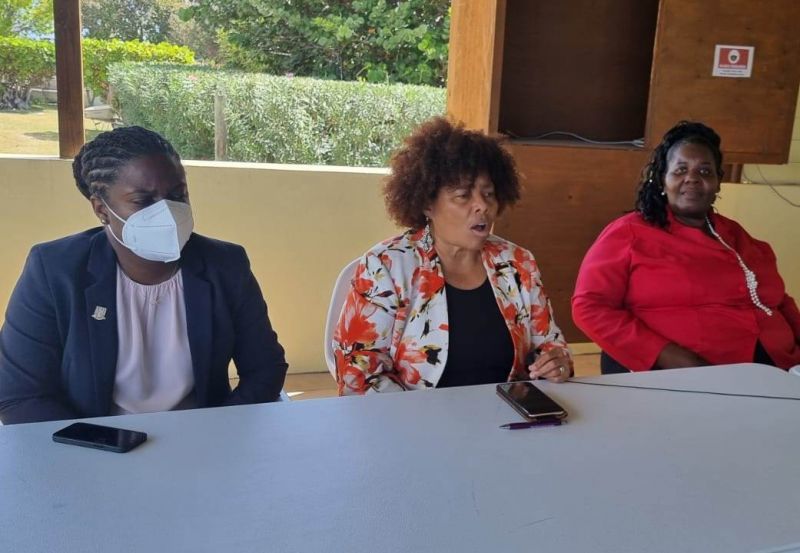